Forgive me Father, for I have Sindh... 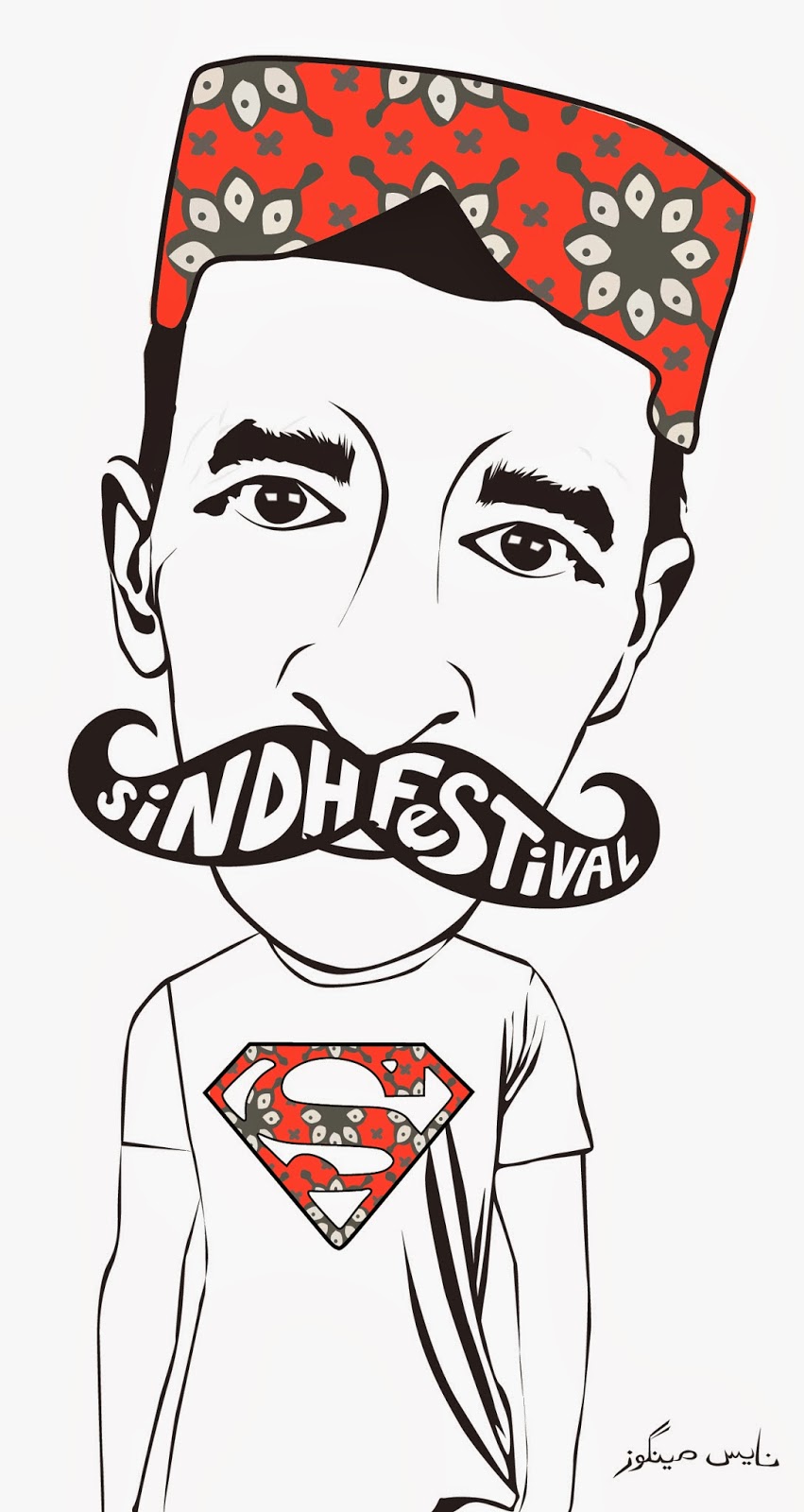 By using my logo to brand the Sindh Festival, Bilawal Bhutto has done something for me on a very personal level...from so many miles away, I am connected instantly with the streets of my motherland (a place where I thought I was forgotten), the ruins, the people, the media, the culture, the artists, the artisans - through something I drew almost ten years ago now (in fact it was the last time I was in Pakistan)...that small connection I made with people...through a piece of art...definitely tugged at my heartstrings.

Like Bilawal, I have always been told I am not Pakistani enough for Pakistan. Whether one lives there or not, you cannot change genetics, and you cannot change that desire to connect with the people. You can take me out of Pakistan, but you can't take Pakistan out of me...as you can clearly see below...

The country should embrace people that want to belong, rather than ridicule them and push them away. There is strength in numbers. 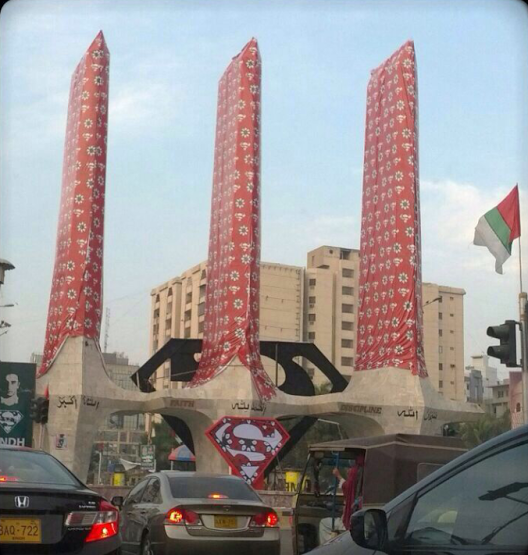 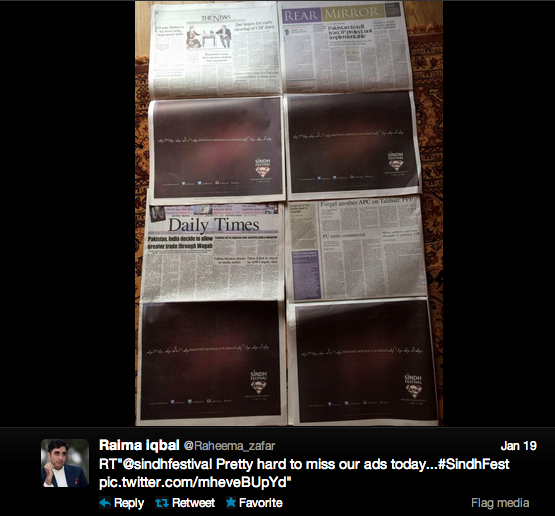 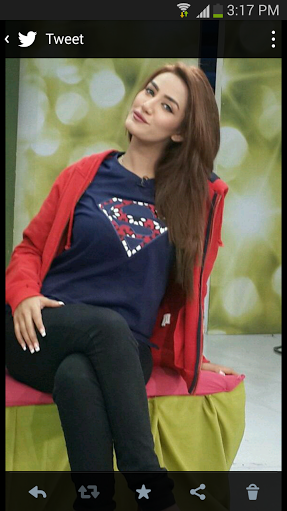 There have been critics galore of every aspect of the Sindh Festival, including the logo. But then again, we are a people that find fault in a treasure like Malala, or a hero like Aitzaz - so a festival is fair game I suppose.

I might be a touch biased, but I'll put it here, because I'm sick and tired of hearing accusations on the Interwebs of the logo being 'stolen'. Pure ignorance. In my opinion....you can't steal something that is ubiquitous in popular culture...the whole point of it is to reference a pop culture icon.

It happens all the time, people make spoofs, people repurpose, its meant to be amusing....no one is trying to lay claims on the original logo.... do you think I was like... hmm maybe if I put this out there... no one will notice the similarities with superman? 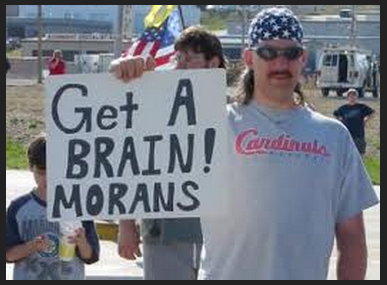 I do it all the time, and I've done it with other logos too... I'm a graphic designer, and I get bored of designing regular corporate logos... so I like to play in the realm I know best. Others throughout history have played with logos, and pop culture symbols. Please google: Andy Warhol, and I'd be interested to know if anyone thinks he 'stole' from Campbell's ... 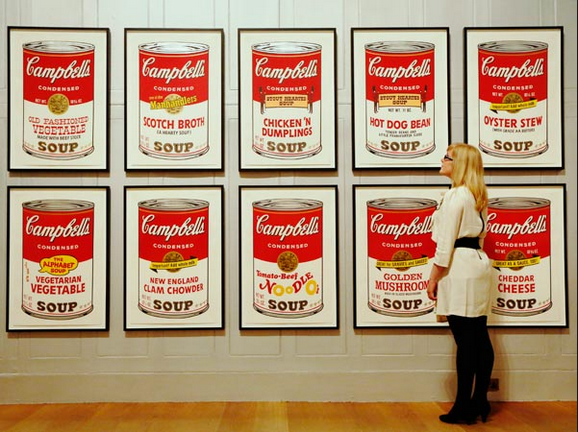 Here are some others...for those who doubt; 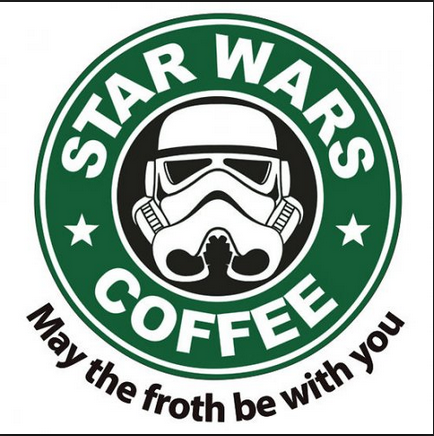 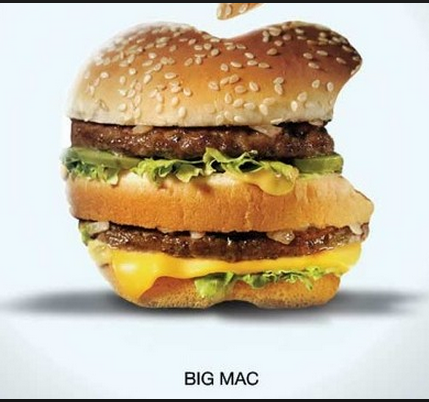 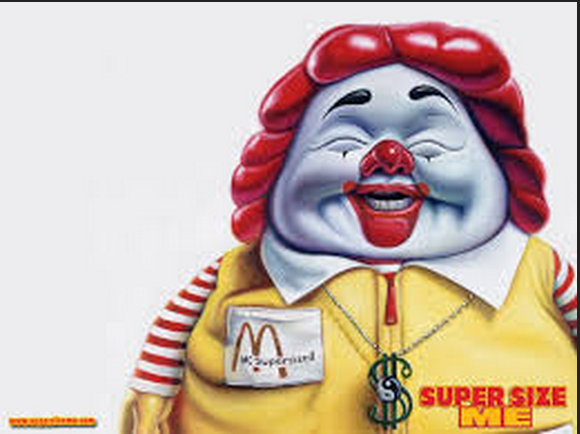 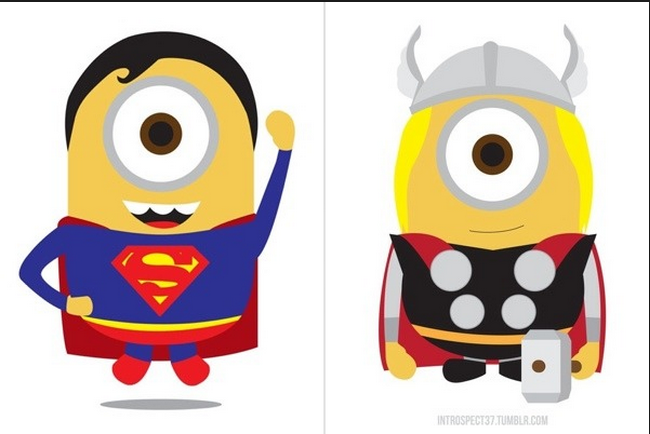 Omfg... look at all the thieves out there. Give me a break.

When Bilawal originally posted a pic of him, Bakhtawar and Aseefa wearing the design, it was flooded with appreciation... 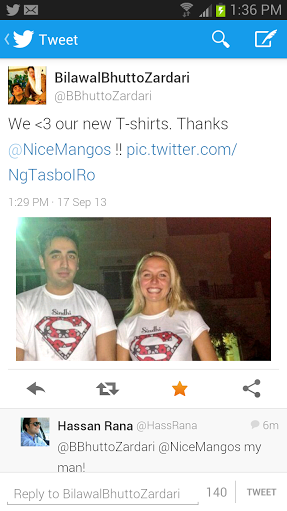 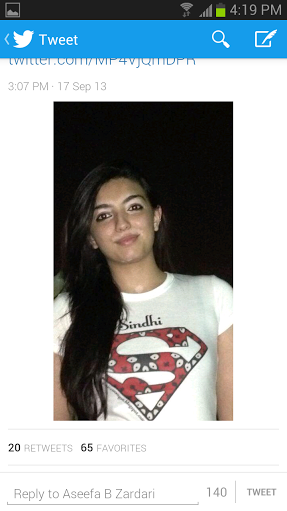 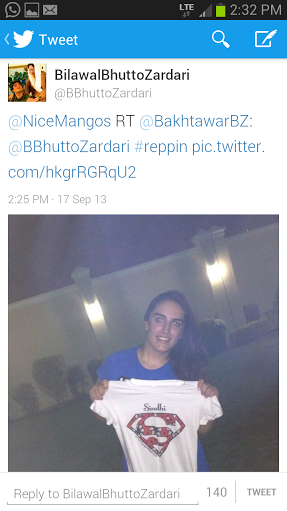 I was inundated with messages from people asking where they could get the shirt, my hands were tied because I live in Toronto...but I did speak to a popular Karachi designer, unfortunately.... they felt the design was too controversial (I'm sure they meant *I* was too controversial to associate with, oh well... their loss - clearly Bilawal is not afraid of controversy. Good on him). Don't know for sure, but I'm assuming anyone that wants one, can buy their t-shirts through sindh festival! :)

At first I wondered myself if such a pop art logo was a good fit for a heritage preservation and promotion project. But now I have *no* doubt. It has inspired viral hate and love, it has inspired internet memes, it has inspired a hashtag #SuperSaein, it has inspired a song (which I thought was brilliant btw), best of all... it continues to spark conversation and debate. It is constantly being talked about. It has more than done it's job.

The Sindh Festival seems to focus on appealing to the youth...and they certainly are engaging the youth like never before. The logo is youth oriented....and who better to address when it comes to reminding them who we are....whilst bringing Sindhi culture into the 21st century. Young people are the future...and many need to be rescued from the iron grip of extremism.

Pls note: you do not have to be ethnically Sindhi to be 'Sindhi' ... if you were born, raised or live in Sindh....it is just as much yours.

The province seems to have come together to discuss their opinions of the Sindh Festival, good or bad....everyone has their 2 cents to add.

Like it or not... the Sindh Festival has woven its thread into the popular imagination.

They had me at... "this is gonna piss off the Taliban [paraphrased]" .... and sure enough, there was 'sinful' song and dance. A small amount of bare skin...omfg. I'm so in, and happy to have been a part of this in whatever small way I could.

Some idiots were ranty about a peck on the cheek between members of the opposite sex, a peck on the effin' cheek. They were complaining about how this is not 'Sindhi behaviour'...give me a freakin' break. There was nothing inappropriate, showing human affection in a platonic way should be anyone's right, regardless of province. If we live in a country where we can't do that, something is very very broken.... and I'm glad someones trying to fix it.

Some other idiots were all of a sudden ranty about holding an event at Mohenjodaro...no one gave a shit about the place before...it was crumbling away. Until someone comes along and wants to give it importance and use it for a cause...then it becomes political, and everyone cares. Show me some proof of the damage done...or fuck right off with your disingenuous concern.  :) 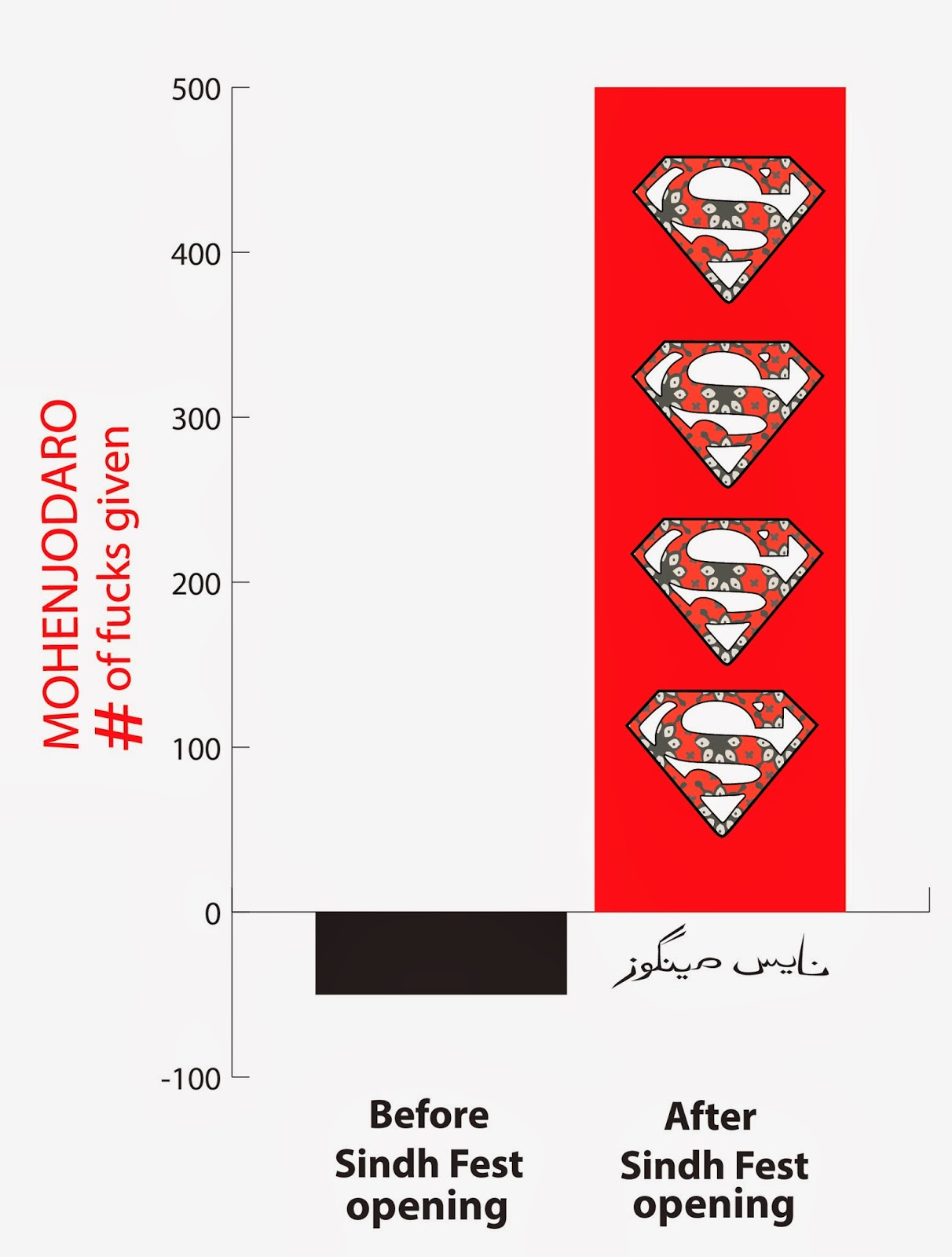 I saw tweets like "I hope this festival cures polio/poverty/hunger, because that's a problem we have"  - so because we have other problems.... we don't deserve to celebrate culture and the arts? Yes these things are problems... and they have been around for years. If we resign ourselves to never doing anything recreational until all of Pakistan's problems are solved... I think perhaps we might be waiting for eternity. No country is problem-less....this is an angle of unity building that has never been explored. Why not give it a go?

I think scaling it down to a provincial level in Pakistan is a good idea to build some sort of bond for an otherwise intolerant people. One step at a time...

The Sindh Festival should not be a cause to ridicule someone personally. It's a genuinely good effort. Perhaps some find the execution imperfect... but remember, this is only the first one. Can we come together on something that is anti-extremism, just this once? Or do you enjoy living in Fundo-topia? 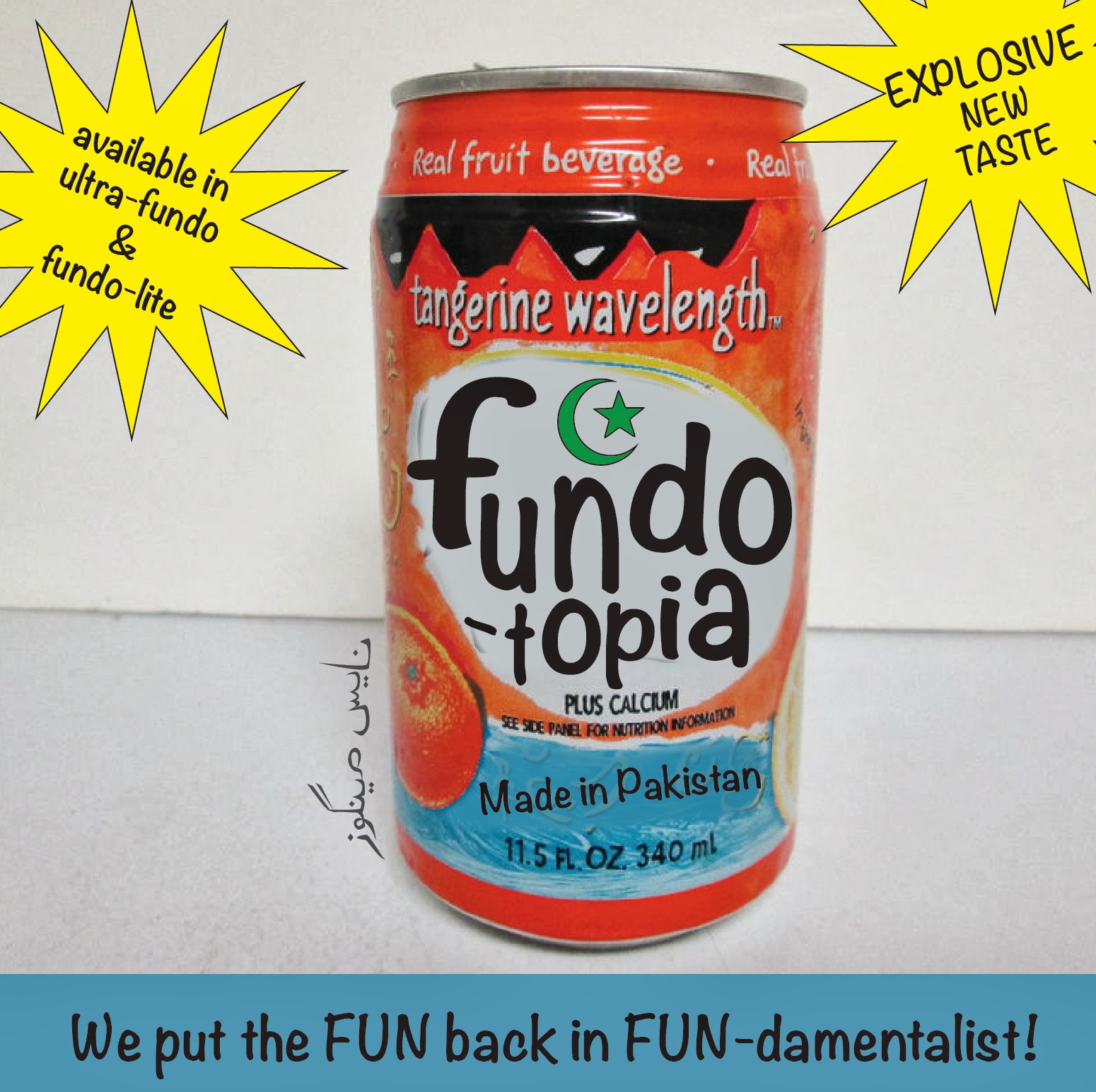 This is not a political festival....its a cultural festival....being on board doesn't mean you've involuntarily been signed up to be in PPP

I will repeat, that I am apolitical....I have rarely been impressed with Pakistani politicians...but the efforts towards unity/culture/progressiveness, the accessibility, the open-mindedness, and bold anti-extremism of Bilawal has definitely piqued my interest.

Though I will say that Bilawal has been getting me in trouble with my mom lately. The more he floods the media with the logo, the more my mom gets antsy about her having to keep it a secret from our relatives. Haha, and she gets outright pissed off... "Why... why can't we tell anyone that's your design?!!"

She doesn't get why I have a separate identity on the internet....some day I will show her the blog. I'm sure she'll like it. But here are some of her angry texts... telling me she can't avoid watching tv anymore... 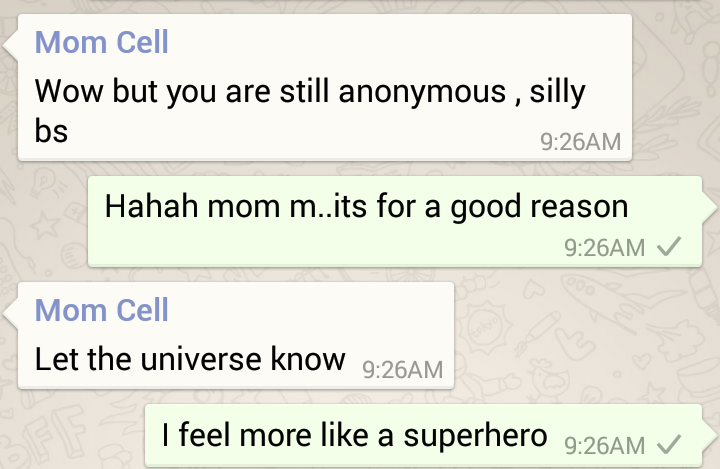 On the other hand I'm getting excited msgs from my few friends and relatives in Pakistan that do know...the double identity thing is kind of fun right now. 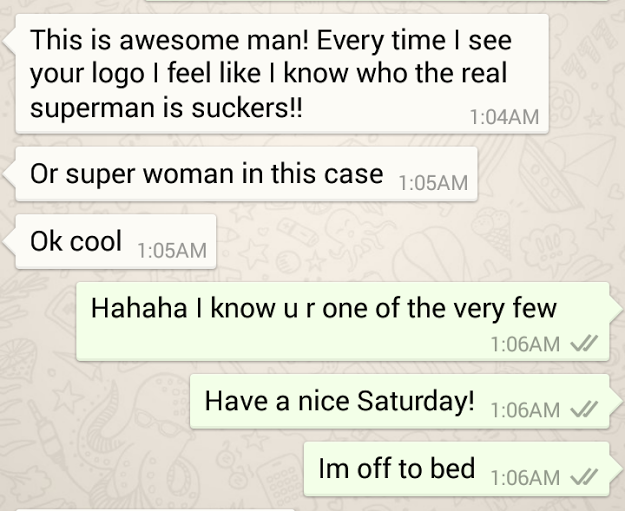 When my mom isn't frustrated with my anonymity, she is excited - we've been a pretty non political family since I was born... but before that, when my mom was a teenager she was a Zuilfiqar Ali Bhutto superfan...I came a cross these pics from then...I think its adorable to see my moms fangirl side. Right to the hand drawn urdu words.

So after watching the opening ceremony of Sindh Festival, she called me and said it made her very emotional....she had never seen her Sindhi culture be given importance on such a grand scale...and seriously.... did you see how Mohenjodaro looked that night? It looked unfuckingbelievable. Like nothing I've seen in pakistan before. 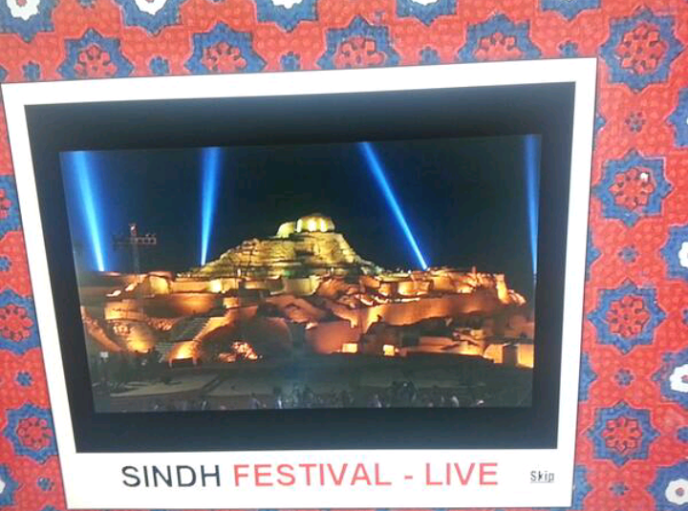 Her words: Bhutto kids did a fantastic job. If their grandfather and their mother were there to see this...they would have been so proud.

Cheers, and Happy Sindh Fest everyone! 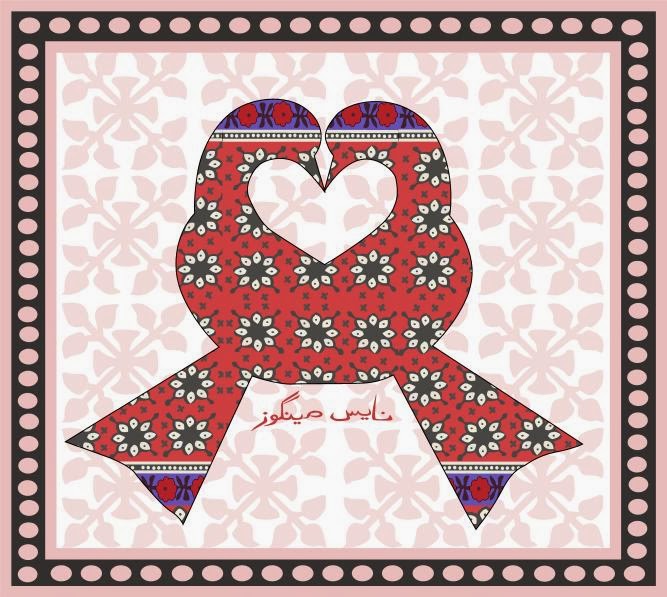