The following is a guest post by Jason Liggi:

Those who identify as liberals and rationalists...have traditionally thought of far-right religionists as their primary enemy. Until 9/11, that mostly took the form of Christianity, and now it’s mainly Islamism and all it’s instantiations - particularly the violent Salafi-Jihadist kinds.

This grouping of apologists for religion, intellectually dishonest journalists, religious conservatives and overly sensitive college kids has become the focus of a large proportion of the time and effort of a considerable number of people in the atheist community. Their slurring of Muslim reformers and their allies, their apology for theocracy and their propensity to take offence at anything and everything has drawn significant ire.

Recently though, a more invidious enemy has appeared. A slick con-man that has schmoozed and bamboozled it’s way to gaining traction with a significant percentage of the atheist community. 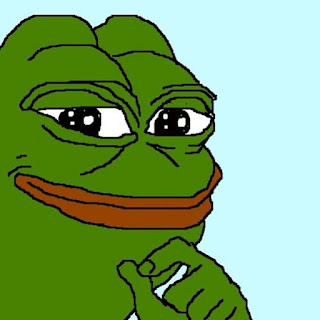 While the general public sees the alt-right, thanks to the media’s coverage, as a collection of backwards, stupid, racist, Trump-supporting hicks who like trolling people and posting cartoon frogs, the truth is actually much worse: the important members of the alt-right, and the most dangerous subscribers to it’s ideology, are usually smart and well-educated people, well versed in philosophy, history and politics.

What feminized medicine looks like: http://t.co/XjN3FhN6 Why should I pay for a woman's retarded baby?
— Mike Cernovich 🇺🇸 (@Cernovich) January 18, 2012

The alt-right purport to be the 'true rationalists'. The ones who will stand up for what’s true, in spite of 'political correctness', in spite of 'the social justice warriors trying to police our speech', in spite of 'the corrupt elites in Washington who want to defend the status quo'.
To the untrained ear, they may even seem rational.

They appear to value evidence. They appear to care about truth and justice. But these appearances are a thin smokescreen, a co-opting of the nomenclature of rationalism to give a veneer of trustworthiness - allowing them to stand smugly above others and pretend they are unique in basing their positions on evidence, free of ideological dogma.

But dig even slightly and you’ll find that conspiratorial thinking is at the heart of their ideology.

Everything is a conspiracy.

Hold a conversation with these people and you’ll soon find yourself being offered explanations with little to no evidence. It might sound like they have evidence...just from their sheer confidence, but scratch the surface and you won’t find any.

Anti-trans, anti-diversity, extremely nationalistic, nostalgic for the 'good old days', progress to them is anathema. We already reached the peak of civilisation, and now we’re just in decline. It’s all just corrupt elites and politically correct “cucks” trying to lead us blindly off a cliff (or into WW3 with Russia). Feminism is done, gay rights is over and done with, racism is a thing of the past. Anyone concerned about these issues is a “cuck”. 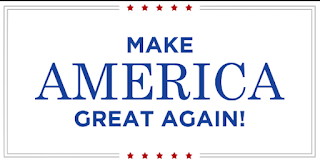 A woman who threatens military action against a nuclear armed power for a suspected email hack is not a woman we can trust with nukes. https://t.co/SrCLTLISFq
— Paul Joseph Watson (@PrisonPlanet) October 31, 2016

Of course, “lived experience” is not an empty concept, although it is one that is sometimes misused by the left. Ex-Muslim perspectives are valued partially because of their lived experience, as are people who face racism, sexism and other forms of bigotry. The misuse comes in when it becomes a tool to silence dissent and criticism of a particular view or ideology: ie. hijabis claiming their lived experience of choosing to wear a hijab invalidates critics of forced hijab.

The BBC is a mouthpiece for ethnic cleansing. If someone said this about any other race, there'd be outrage. https://t.co/cwd4q93BA0
— Paul Joseph Watson (@PrisonPlanet) August 18, 2016

I honestly see the alt-right as some sort of horrifying, mutant offspring of the rationalist liberalism movement. It's taken all of the things that rationalists ostensibly stand for like freedom of speech, the value of evidence, honest discourse, a disdain for overblown political correctness, and basically plopped that all on top of a pre-built ideology.

Unless you mate with the 1st fertile human you met upon reaching puberty, you're a eugenicist. From there it's just where you draw the line.
— Martyrmade (@Martyrmade) November 3, 2016


So they call everyone irrational, and act like they are the true rational ones, but when you look closely there's just...nothing. There's just bluster and bombast, and people saying "actually this is the case", "the evidence says this”, “this has been debunked” with absolutely nothing to back it up, save for questionable sources and hastily Googled articles that appear to agree (usually only on first glance) with what they believe.

***
Some examples of questionable “evidence-based claims” from Milo Yiannopoulos, poster boy of the alt-right:

Milo on JRE #702: “They all end up killing themselves anyway, by most metrics there’s no improvement in suicide rates.”

Milo on Rubin Report: “There’s no hatefulness, and racism and sexism and homophobia left in this country really.” 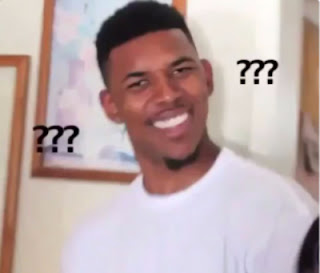 (A quick Google shows this isn’t true, but here’s economist Alan Manning from the London School of Economics talking about it: http://cep.lse.ac.uk/pubs/download/CP200.pdf)

***
The alt-right is the John Carpenter’s ”The Thing" of ideas. Currently, it's wearing the skin of rationalism but if you pay a little attention it just bursts out in blood and guts and spews shit everywhere.

They are not refugees, they are RAPEFUGEES.#SOTU
— Mike Cernovich 🇺🇸 (@Cernovich) January 13, 2016 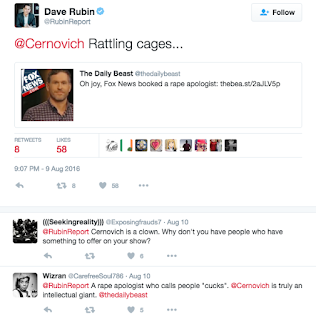 If you value evidence, please, actually look for it. If you value rational discourse, don’t let it be silenced with cries of “SJW” and “cuck”. If you value compassion, try your best to understand the arguments of those that you oppose (and yes, that includes those on the alt-right). And don’t think someone convincing because they speak with confidence and charisma, namedrop philosophers and fabricate statistics.

Please consider supporting my work here
Help me amplify more voices and tell more stories. With your help I can do much more.