How then do we go about carving a space for people who identify as Muslim and are also gay/trans/bi?

-Well, we support them for one. We call out Muslim homophobia with the same enthusiasm that we've exposed Christian homophobia.

-We don't fall into the trap of excusing religion and scripture of all blame. There is a reason homophobia is rampant and justifiable in religious communities, in Muslim communities. Only through acknowledging the root of the problem can we begin to solve it. How can we arm ourselves against something we refuse to accept?

- Most importantly, Don't try to define who is 'Muslim' and who isn't. That's what ISIS does. And no don't try to tell me they aren't 'real Muslims' either. Trust me, as an atheist ex-Muslim who wishes to hold religion accountable for the hate it spreads, I too am confused by someone who wants to believe in a book that denies them dignity and basic human rights. I personally don't think Islam is a gay-friendly, or woman-friendly religion. But I don't challenge every gay person or woman for subscribing to it because I think that's counter-productive. It's not my place to force my ideas of disbelief upon anyone. Anti-Muslim bigots and Muslim bigots have this in common, a refusal to recognize the diversity of adherents.

In the same vein of defining 'true Muslims', the government of Pakistan requires its Muslim citizens to sign a document declaring Ahmedi Muslims 'imposters' in order to get a passport.


- Through whatever cherry picking or cognitive dissonance people manage to make religion more palatable....I support them, if they are willing to acknowledge the faults as well. Call out the blatant deniers, but support those working for change. Through solidarity and changing people's mindsets, we begin to chip away at the power religion holds.


Please feel free to save a copy of this diagram and jot down your own examples, and tweet them to me! I've deliberately left out my own examples because I'm interested in hearing who you think fits where. And can you think of someone who fits more than one of the categories?

Watch this video if you get a chance, an excellent discussion with a variety of perspectives. I applaud the fact that there are so many debates like this taking place now in the UK. We tend to not have these confrontations too often on mainstream Canadian TV, and it's definitely something we need to do. Canadian liberals usually shy away from criticizing/confronting Islam about anything, they go to great lengths to support tools of misogyny and oppression like the niqab in fact. (I once wrote an open letter to niqab supporting Canadian media which you can read here)

In a progressive, generally liberal society that values both it's immigrants and the freedom to love/marry whomever we choose...we are often put at a fork in the road rather than what should be an intersection - where the road can only go one way or the other, a split rather than a crossing of paths. We feel we can either support (Muslim) immigrants or support LGBT rights at one given time - when in truth we can hold everyone to the same moral standards, and we can stand in the corner of the minorities within minorities.

Our liberal leaders are seen promoting LGBT rights, and women's rights in a Western context, but also seen supporting segregated gatherings and religious institutes that are anti-LGBT in an immigrant context. Why the double standards of morality?  How do we reconcile these two things? It's no easy task, but compartmentalizing and supporting two opposing things doesn't come across as genuine or cohesive at all.


I tweeted something about this earlier, and it was no surprise that my tweet was co-opted by Conservatives and Christians *cringe* - I oppose almost everything they stand for, and see that their critique of Islam is hypocritical and self-serving, so that's not the conversation for me to join. But is there a conversation for liberals like myself, where we can oppose religious bigotry across the board?

We have to stand by and see our religion of birth be given special passes...because 'minority'. The desire to protect the underdog is noble, but it fails those who are underdogs within minority groups. Like gay Muslims for example....it would be wonderful if Trudeau took such pictures with a 'gay Muslim' group at pride, because that would address the intersection - but I can't imagine that would go down well. It'd be nice if he supported initiatives to empower women within mosques and have them no longer treated like second class citizens who sit at the back, but that would alienate his Muslim voting base....it has to be done at some point if furthering a truly liberal agenda is what matters. If you are truly pro-LGBT you must include the invisible LGBT minorities in your photo-ops too. If you are truly for women's rights, you must oppose their oppression even in immigrant communities. Otherwise this is just about getting as many votes as possible.

More often than not, Muslim immigrant communities refuse to accept that homosexuality is compatible with Islam. While I agree that the scriptures make it clear certain things are not acceptable, I don't deny that people can openly pick and choose to make for a more 21st century-compatible form of religion. As mentioned in the video above by Maajid Nawaz, majority of Muslims are happy to adjust their morality regarding slavery which is clearly permissible by Islam. Why can't that be done for things like homosexuality as well? To shift the general mindset however, requires a large majority to be supportive. Instead of support we get backlash like this:

The attitude you see in the above screenshot, is toxic, hurtful and not helpful at all...and this sentiment only increases...the more western liberals avoid confronting obvious issues in Muslim communities. We're failed by the left, we're often despised by the right...and we only become more invisible, us dissenting voices.

This is precisely why I was thrilled with David Cameron's recent speech addressing extremism in the UK. I wish our politicians would take note. He spoke of empowering the often ignored truly liberal Muslim voices. You can read my piece on it here

One of the most important things we just don't seem to want to tackle at large is changing ideas through the education of children. I hate to keep repeating this theme over and over, but I can't stress enough how important incorporating such topics is in children's education (in an immigrant or Muslim context specifically). Yes it will be controversial, but we have to stand our ground if we want things to change for all parts of our population.

Last year I wrote a children's book set in Pakistan tackling the issue of homophobia. 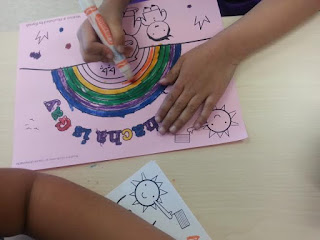 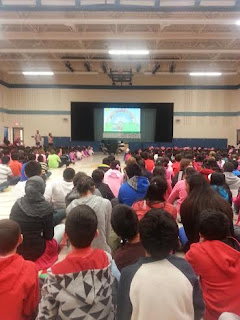 It was incredibly well received by teachers and children at the time. Till parents discovered it was read in schools and were upset by the news.

There was talk of feeling 'bullied' by the school board, there was talk of suing the school board, there was discussion of how Islam was being misrepresented and Muslims were being targeted via my book. In fact there was an entire radio show, where angry parents called in with their reactions about an innocent children's book. There were articles written by Muslim organizations, and many screams of Islamophobiaaaaaa were heard throughout our land. All the while forgetting that this book was not intended to victimize Muslims, but to lend support to those victimized by their own communities. Schools in Ontario have days like 'Day of Pink' to discuss the specific harmful effects of transphobia and homophobia...but they shy away from taking immigrant communities' intolerance to task.

If I create resources that people and institutions are intimidated into *not* using, it kind of defeats the purpose. I can write and draw till my hands fall off, but it really feels like no one is listening at times. 'Soft Islamists' (those imposing non-violent extreme religious views) get all the airtime and platforms they need from Canadian media to air their views, but voices like mine are often seen as 'uncomfortable'/taboo/controversial...and as a result ...best left out of the conversation.

Today, I speak to anyone who can change this situation, teachers, educators, politicians, anti extremism analysts, editors, writers, bloggers. We need to start instilling common equality values in *Muslim* children. This would help with integration and lessen anti-muslim bigotry, and susceptibility to radicalization.

This needs to happen in schools. We got very close in Toronto last year, but sadly couldn't stand up to minority communities objecting. My entire book is available online (and in most Toronto Libraries) for free, you don't have to buy it (though it'd be nice if you did - email [nicemangos.blogATgmail] or tweet me if you'd like a copy as the website is currently down) - but please please use it, and teach your children, your students about treating everyone equally, teach them about Muslims with liberal views....

It's up to us, the older ones... to create a new generation of Muslims with different values.

Recently we've also had a much needed update to the sex-ed curriculum in our province, and it's revived the conversation once again. Muslims have strongly opposed. Here's what someone who previously ran for 'School Trustee' had to say about My Chacha is Gay


#Homophobia is NOT a 'cultural value that schools need to be sensitive about' :/ pic.twitter.com/NNxiZaASj6
— Eiynah -- (@NiceMangos) August 18, 2015

A few nights ago Channel 4 in the UK aired a documentary called 'Muslim Drag Queens' - it was so exciting to see that minorities in Muslim communities were given a mainstream platform. We just don't have that sentiment in Canada. I hope CBC picks up this documentary to air here...

The hashtag on Twitter #MuslimDragQueens was an indicator of how deeply rooted this problem of homophobia is among Muslims. The hate and threats being spewed by ordinary Muslims feeling insulted by the very existence of 'Muslim drag queens' was sad to see....

Things need to change, Muslims are lagging behind the rest of the world when it comes to human rights, and people are either too polite to point it out, or coming at us with anti-muslim, anti-immigrant hate.  :/


How do we get rid of this hatred and intolerance in a lasting way?

-We hold everyone to the same standards.
-We call out oppressive beliefs and practices.
-And most importantly - we start with teaching children...

How can you take action?

Thank you to all my wonderful Patrons!

Please consider supporting this blog or other voices like mine. Dissenting Muslim voices are amongst the most ignored, unheard and rare perspectives that need to get out there, especially in today's political climate. You can support the blog via Patreon here
Posted by Eiynah at 9:56 AM