Over the weekend I watched an episode of the excellent documentary series VICE on City, which showcases some of VICE's most compelling stories. Not exactly 'relaxing' Sunday viewing, I know. There is so much awful happening in this world, it's a good idea sometimes to take a break from the news. I have trouble taking any time off from subjects that interest me, which is not a healthy habit, I admit. But at least it keeps me writing and drawing, right?

The episode we watched was very similar, sadly, to the recent chilling documentary - India's Daughter (though this one aired first it seems - how did I miss it before?). The film spoke about the rampant problem of rape in Bangladesh, and the attitudes of male authority figures surrounding it. Very similar themes, with infuriatingly similar rape apologists featured.

I wrote a piece on India's daughter, but it's time for another one....because this mentality needs to be exposed at every opportunity. Before you start getting tribal and defending whatever group you identify with - I fully acknowledge that rape is a global problem, it transcends geographical, social, cultural, economic and religious boundaries. It affects us *all*. I get it.

Some things however, feed into rape culture and nurture it far more than others. South Asian culture in particular, regardless of religion seems to be affected by this. Our regressive views on women, their sexuality, their 'role' and their fictitious connection to honour are still deeply entrenched in our collective consciousness. Our progressives think like this, our rich folk think like this, our poor and illiterate think like this...and too many don't even pretend to want equality. At least in the West, most (there are exceptions of course) people would be ashamed to defend rape or make excuses for it publicly. In South Asia however, rape is too often unabashedly declared as the woman's fault.

Our mother subcontinent is unwittingly pregnant with many misogynists who hurt, damage and destroy the fibres of our regional morality. They fill her womb with so much corruption, hate, shattered dreams, and broken women...this leaves the skin of the land stretched taut, on the verge of ripping apart the already tattered pieces of a nation that once was.

Bangladesh is the country where two secular bloggers were horrifically hacked to death earlier this year (in two separate incidents). Clearly there is a problem with security, safety and extremism. So I commend the brave correspondent Tania Rashid as well as VICE for exposing this mentality for what it is. And also for showing how religion can indeed fuel such ways of thinking. We know that critique of one particular religion often does not go down well.

Below I will share some screenshots from the film with you, but please do watch the whole thing if you get a chance. It is difficult, but so important to see these things. You can watch the film here (or try the VICE on City link above).


I  highly recommend that you watch this film in its entirety, and please do share the post. The world needs to see things like this, especially so well-meaning western liberals can stop advocating for and defending anti-woman practices under the guise of relativism, 'minority' culture, etc. If you see a harmful practice or mentality, please call it out...don't let it grow and spread dressed up as multiculturalism. This is how our cultures will grow and join the modern world. This is how we are not held to lower standards of morality.

I've said this before, but intolerance should never be tolerated.

I will leave you with a table I drew, to demonstrate my feelings of frustration surrounding the double standards when it comes to calling out 'certain' things, especially in terms of Western liberal perspectives. Yes I am aware there are exceptions. 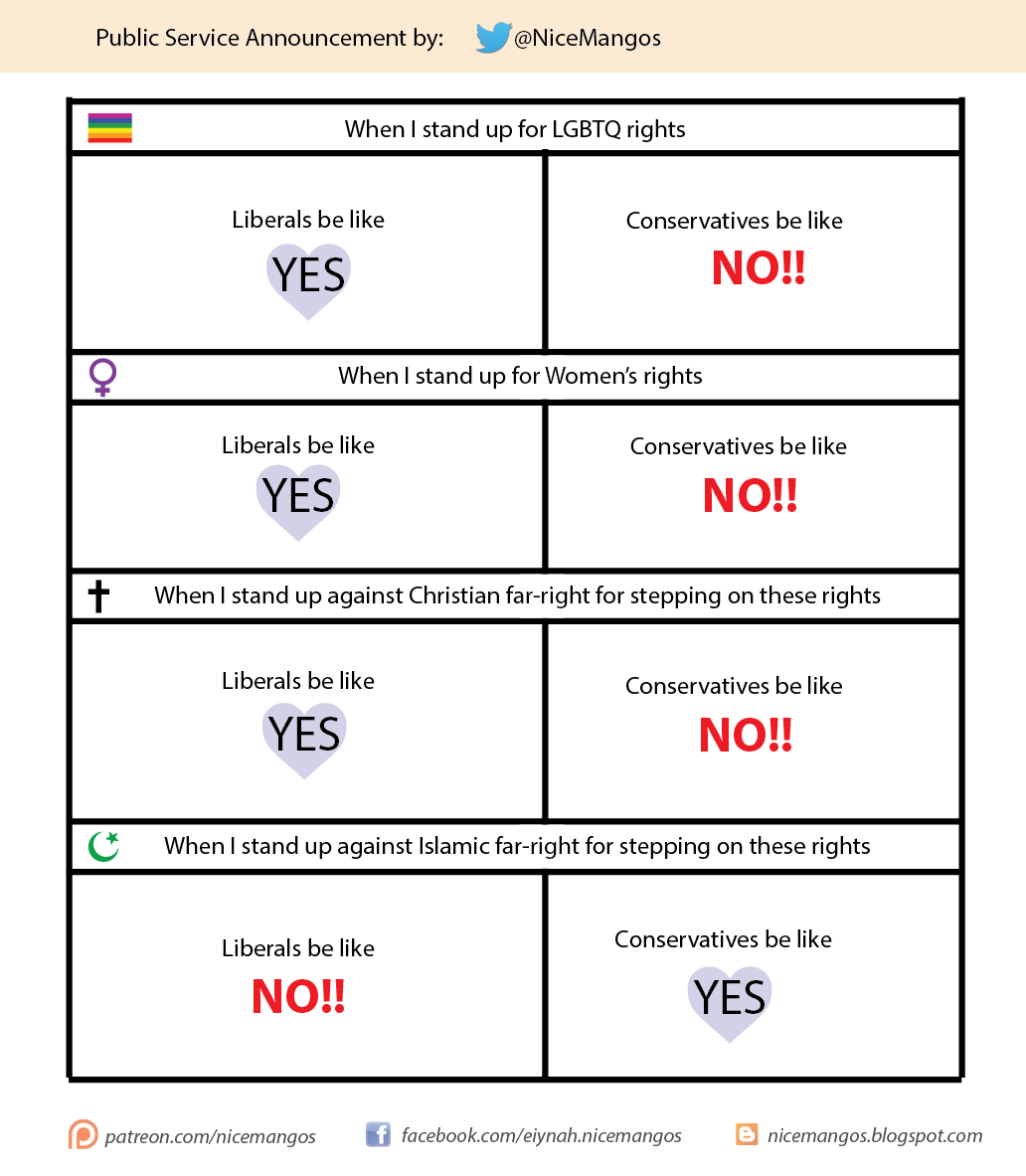