So, I was recently approached on Facebook by a reader, who asked me what my thoughts were on the Palestine-Israel situation. I mentioned that I thought it was awful, as any minority exploitation is. The amount of violence in that region, both ways is beyond tragic.

He inquired about why I haven't raised my voice against such injustice?

I mentioned the fact that I don't really comment on the situation because;

a) The facts do get lost in a lot of religious hate. I feel like its hard to make a clear unbiased decision on whats happening because of all the 'my god is better than yours' that's going on throughout this.

b) I have some very good Israeli and Palestinian friends that might hold different opinions than me, and to pick a side and rant about the other would stir some unpleasant feelings. I assume they extend the same courtesy to me.

c) I am not a global political analyst. I am a mere sex blogger, and illustrator. My focus lies in Pakistan, and the atrocities going on there. Of which there are plenty.

He then responded, something along the lines of, "You're being hypocritical, because you have no problem offending Muslims. Your book 'My Chacha is Gay' has offended countless Muslims and you had no problem creating that. But you can't offend Jews."

Woahhh, haha I've heard a lot of crazy shit before. But this is a fresh angle.

I mean of course I've heard the conspiracy that my book was funded by Israel or 'The West" to singlehandedly destroy Islam, but not that I favour Jews because I constantly offend Muslims with my work, but refrain from offending Jews.

My work is focused on Pakistan. And my distaste for religion is universal. If conservative Jews want to be upset about a Gay Pakistani Children's book, that's fine by me... but no they haven't gone out of their way to find me and tell me I've been 'eating souls' or whatever. That's all been angry, ranty Muslims. Mashallah. 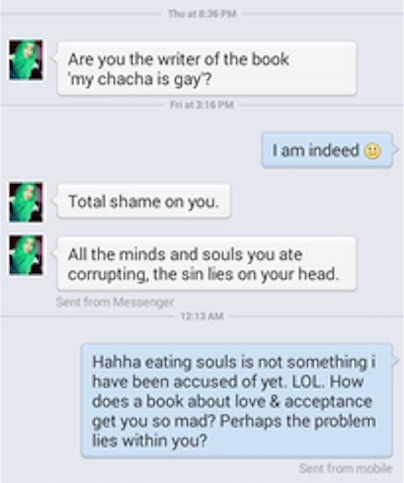 Please tell me, how on earth I went out of my way to offend Muslims by writing a children's book about love, tolerance and diversity?

If you interpret it as evil, that's on you.

I have plenty of beef with Islam, but I refrain from going into great detail about it publicly. Because I have some Muslim friends and relatives that would be deeply hurt. I don't want to go around hurting people for the sake of it. No matter what their religion is. If there is an attack on me, my morals - yes I will answer back. Some of what I say in my defence may offend you. Heck the mention of evolution is offensive to some. That's not my fault, educate yourself.

But please, know that it is not my intention to offend people of faith unless they are using their faith to kill, oppress, exclude or manipulate. Then, fuck em.

The reader who started this conversation did mention that I 'owed' it to the people of Palestine to speak up in solidarity. Come on now. Yes there are horrific things going on, and death is awful on both sides....I am truly sorry and can't stand to see the pictures of the torture. STOP SHARING PICTURES OF DEAD BABIES FFS!! They are really not helpful to share, and often times inaccurate, the purpose is to just cause blind hate, incite violent gut reactions.

I don't know if the picture of Israelis eating popcorn and watching bombs drop on Gaza is real, I don't see the whole picture... so I can't make a call. I can't say where the pictures of victims are coming from and whether they are from this war or not, so I can't make a call. I'm not saying I don't sympathise, but I'm saying it's not my place to pick a side and bash the other.

My heart goes out to minorities all over the world...

But, I as a blogger about sex in Pakistan do not 'owe' a stance or an opinion on world politics to anyone. I don't owe anything to Israelis or to Palestinians. I do, as a human being have thoughts and feelings, about so much cruelty that is happening all over the world. I try to write and draw about some of the injustices that I see in my own culture. But to approach me and ask me to pick a side on something I don't have all the information on, is unfair.

Anyhow, at the end of our little chat, he was quite understanding and did recognize that my goal is not to lash out at Muslims, while sparing Jews hurt feelings. And that I am not required to pick a side (the Muslim side). I write about sex and feminism, and on occasion I will reference Islam, I may write about Islam - and thats because its my history, and I have personal experience with it. I cannot speak much about other religions because I haven't been affected by them as much. So, I'm not picking on Islam, I am sharing my thoughts on the faith I was raised in.

I have very dear friends from both sides of the land. And I view them as individuals, not as the geographical land mass they happened to be associated with. So can we please focus on spreading love, not hate. On calling for peace and not violence, on tolerance and diversity - sharing photos of victims and calling for the death of others is awful on both sides. Human lives are human lives. I totally respect your point of view, and your right to have it, but don't force me to have your opinion.

My book was not funded by Israel, but there will be a hebrew version coming soon! Let the conspiracy theories begin. 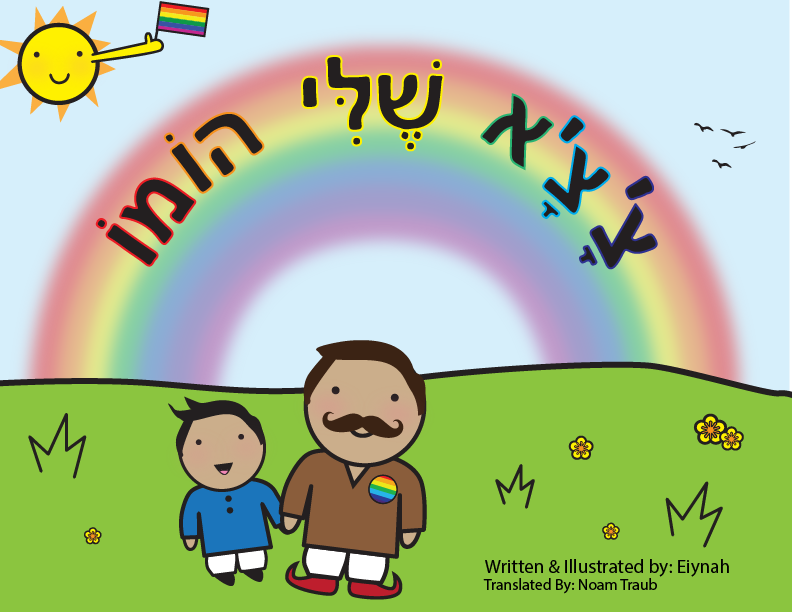