"An honest answer would be appreciated no matter how bitter the reality is."

I am a 27 year male and I have been reading your articles for a while and i must say that you are doing a great job. Hats of to you girl.

I have question. Does size of your penis matter in sex? Like if it is 4.5 inches (erect) and not thick. I would like to have a girls perspective. I will be glad if you answered my question.

An honest answer would be appreciated no matter how bitter the reality is.

Its a simple question, and a common one at that. But Riaz, I have to say I'm blown away by your email. Firstly, I can't help but feel like we are making history here. Its unprecedented - at least to my knowledge, the candidness with which I am approached time and time again. It gives me hope for the people of my motherland. It really does. Thank you for asking this question that probably a lot of men have on their minds, but not the courage to ask, or discuss.

I usually hear such heartfelt rawness from Pakistani women, because they are commonly the recipients of terrible sex and sexuality in our culture. Often misogynistic, often apathetic, mostly selfish on the other end...and that is why they are speaking out. They exist in a form of repressiveness that puts them on a weird pedestal of asexuality, purity....and invisibility. Women of Pakistan (at least the ones I know of) want to be heard. They want a voice. They no longer want to lie back and 'receive' 40 seconds of missionary as a duty to their husbands. They want to participate.

And no, don't belittle it by saying we have 'larger problems' to worry about in our severely underdeveloped country. Sexuality is part of a much larger narrative, it can hold so much good and so much evil. These are very real issues that are a part of almost everyone's life. If you truly believe that sex is not on the minds of Pakistanis because of all the other turmoil, please explain the severe over population.

Within a gender segregated society like ours, its through people like you Riaz, that others will hear varying perspectives, that both men and women alike will hear the opposite side of the story. If we keep coming together as a community, albeit through a vehicle of anonymity such as a blog, nothing is going to stop us from having a sexual revolution of sorts.

I hope for a Pakistan where rape isn't forgivable, where marital rape is actually accepted as 'real'. Where children are no longer abused because of severe sexual frustration.... and where men and women can openly communicate with each other regarding their sexual relationships. I would love to see a Pakistan that is tolerant of minorities, and one that has something called 'gay rights'. I'm not exactly Martin Luther King, but I too can dream.

I know that this isn't directly relevant to what u emailed me about, but its so rare that I come across a pakistani male willing to make himself vulnerable by asking such honest questions and your email just set off the dreamer in me.

Back to the subject though, there is no simple answer to that question really. I think everyone has different preferences. For some size is really important. But let me just say this to all the gentlemen out there. Your technique is really what matters more than anything. You could have a giant cock and really suck in bed.

And i say this time and time again, most women do not orgasm from penetration alone. So make sure you have other tricks in your bag, no matter the size of your tool. If you feel like your lack of 'sizeage' if affecting your performance, make sure you're good with other body parts! Communication is key, Also look for non verbal cues, your partners face and body language during sex can tell you far more than their words will.

You hear stereotypes about penis size and race, I have to admit, I don't know what the bullshit cliche is for brown guys. Whatever it is, never listen to this crap. Humans are a very varied species. We come in all shapes and sizes. If you work on technique rather than just pumping in and out a few times, and you exude confidence because you know how to please your partner, I don't think your size will matter too much. :)

Now, Im the furthest thing from religious, but i did stumble upon this online... and we all know everything on the interwebs is true, (even if it isnt - this does make sense);

Thank you again, for bringing up such an important question.

[I will say this was a pretty 'hetero-centric' answer, for any gay gentlemen reading and wondering about the same question, I couldn't really tell you much.. but perhaps someone will share some thoughts on that in the comments. I have heard though, that penis size is of more importance in the gay community.... but like i said, I don't know much about that.]

Remember - we are all in this together (even though 'some' of us are considered less Pakistani than others), We - until recently have not discussed sexuality on a large scale like this. We never had a beast like the internet to get collective controversial thoughts on before. And its a very fragile thing right now, this relationship is only just emerging. If you believe that sexuality is something that Pakistanis need to be more informed about, please contribute, share, comment, tweet .... whatever you all have been doing to keep this blog going so far... please continue.....and do more of it! Especially men, offer support, start a discussion. I speak to you because I hear less from you. 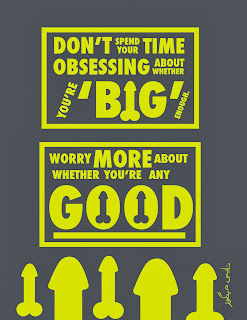 Remember, every healthy society needs to have good lines of communication and good structures of support in place. If we repress natural human instincts such as sexuality, they manifest themselves in other, usually damaging, ways.