How to spot a (desi) Sexist


So recently, it has come to light just how unaware our Pakistani population is about sexism - men and women both...The ignorance is alarming...Wake the fuck up people. Especially women, don't let this crap go on right under your noses, speak out against it.

Its important that we learn to recognize the signs of sexism & sexists, because these bastards can be pretty tricky.

So here are some seriously serious tips about how to pick one out of a crowd;

1) Male sexists usually have a slightly forked tongue, so look carefully...often the subtle lisp that comes from having such a tongue is what gives them away... They are usually very comfortable in feudal settings, and other areas where the population is under-educated. Its when people are informed, and empowered that you will find this type slinking into the shadows, hurling insults anonymously. They are usually very cowardly, so do not be afraid... all you have to do is stand up to them, do not be put off by the disgusting forked tongue.

2) Female sexists are usually victims of brainwashing and the internalization of self hatred...This has occurred over centuries...they are unaware of their own sexism, but you can usually pick them out of a crowd because there are bubbles, foam and soap suds emerging from their ears...(as a result of the constant brainwashing) - their hearing is obviously impaired from the process, but please do not be dismayed if u try to tell them things and they are unable to comprehend. It will just take a few weeks of ear drainage, and they should soon be able to hear more clearly. 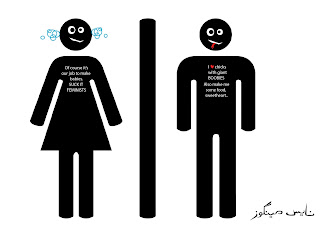 Ok for realzies now,  if only there were obvious physical indicators like that....it'd be easy to spot them anywhere...but its not that simple in the real world.... so without the forked tongue and bubbles.... we'll need to look a little closer. It's important they be identified though, because they are detrimental to the progress of any society.

There are a few types;

1) The Obvious hater of Womankind: Usually male, but there are plenty of female ones too. Often the result of a lack of modern education - or being 'set in their ways'. This type of sexist is certainly not shy about their views, in fact they're happy to shout this shit from the rooftops. They are proud to say that a woman's place is in the home/kitchen and anything challenging that, is destroying traditional values. They think women should watch how they dress, or they'll be raped. They also believe a woman's main purpose in life is to bear children, continuously. In their eyes, women should always look a certain way, and behave submissively.

'Sexuality is something good, pure women do not express'.


2) The Part-time hater of Womankind: This type of sexist can actually be quite 'educated' but obviously, a lot of it slipped through the cracks. They are all for liberal, empowered women, unless its someone related to them, or someone that is married to them. Then they get all possessive, caveman style.

They date girls in miniskirts  abroad *gasp*, but they want to come home to a chapati-making modestly dressed virgin that mommy picked out. They think that premarital sex is an option for 'foreign' girls and for men. Local, 'decent' South Asian girls are for the purposes of marriage and bearing children.

They like an empowered woman in the bedroom, as long as its not their wife (double standards are a running theme with them). A lot of these types of male sexists find that their sexism comes out in spurts, depending on the global region they're in. Female part-timers might be all for equality until u hit a particular issue, and then their double standard will kick in. For example, 'Women shouldn't swear' , 'Women shouldn't drink', 'A good wife never refuses her husband in bed' .  Sure, if u hate swearing and drinking, etc all together, that makes sense. But then apply the same restriction both ways please. 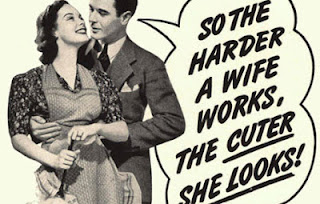 
3) The 'Progressive' hater of womankind: This is one of the trickiest kinds of sexist to spot. They camouflage themselves well.  They are seemingly open minded about a lot of issues, openly willing to talk about taboo topics in desi-land.....like sex and sexuality, homosexuality, gender equality.

But..... once in a while they will say something that gives them away. For example 'Women tend to like housework' 'I don't think that oral sex has to go both ways' 'some men just don't like to do it, and if their woman is fine with that then there's no issue' Umm, yes there is an issue. If you don't want to go down, don't expect to receive that kind of pleasure either. If ur fine with a one-way oral relationship it only gives away your douchey-ness. Not only is it selfish, but its continuing to apply the submissive role to women in the bedroom. She may say she's ok with this arrangement, only because for decades she has been told that women shouldn't seek pleasure in sex. And having u go down on her feels dirty and shameful. You should work on having an equal loving relationship... not be fine with ignoring one party in the bedroom (Of course there are exceptions, and perhaps she truly feels violated- in any case don't pressure her... just work on building trust and pleasure for both).

This type of sexist will also think its ok to make genuinely sexist jokes (not hipster ironic ones), and laugh at serious issues that women have struggled with for centuries. Do not be fooled by their 'progressive' facade. Its an act, probably to get laid or something. I have personally come across the 'I'm a feminist' guy that uses it only to get attention, and seems not to care about equality for women.
The female counterparts of this kind of sexist often make excuses for and try to defend such double standards.

4) The Inadvertent Sexist: This type of sexist truly thinks they are against sexism, and all for equality - but then they make truly hurtful sexist jokes, and laugh at truly hurtful sexist things. They make idiotic comments on social media and claim that 'it was only a joke' - so you shouldn't be offended. Both men and women alike. This kind of sexist is just plain ignorant, worthy of pity really, not anger... because they think they have progressed beyond such things... but they just don't have a clue. Sometimes they are young, sometimes just uninformed... in both cases u hope they grow the fuck up.  Sometimes this type just needs to be informed, that this type of 'joke' i not on. The least people can do is call the little shits out for their smartass McSexism. 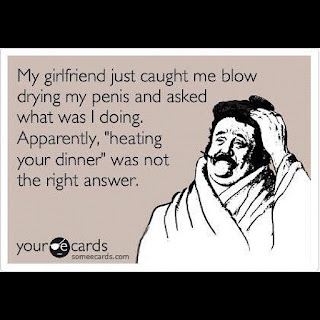 And for those who are genuinely confused about what offends women...here's a list of some topics you prolly shouldn't delve into, unless you have something intelligent or accurate to say;

-PMS: don't make sweeping statements, jokes or assumptions about women being crazy or irrational during or before their period. Especially when you know nothing about their menstrual schedule. Any woman disagreeing with you or calling you out, is not PMSing - ok? Just grow a pair of balls or ovaries, and learn to take a disagreement without dismissing the persons views entirely. Yes, women can disagree with you without being on their period...end of story. Give them enough respect to accept it for what it is.

Sure you may have a funny tale about your wife, gf or friend getting a little angrier than usual about something.... but the second u apply that to all women, or to random women you know nothing about - you are putting your own idiocy up for display - so don't be surprised if someone has something to say about it. 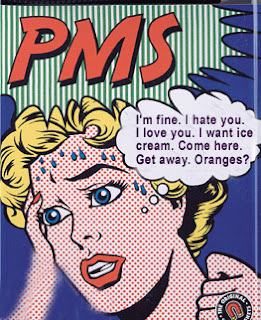 If you think women can't drive, or cant watch sports, you are an asshole. If you imply that women talk too much, especially during your sporting events, you're a special kind of scrote. If you think men should be allowed to have more freedom, you're insane (basically much of the Muslim world thinks this).

If you think men should earn more for doing the same thing - you deserve to never get laid. 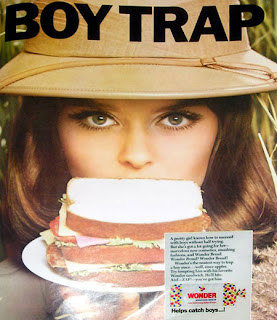 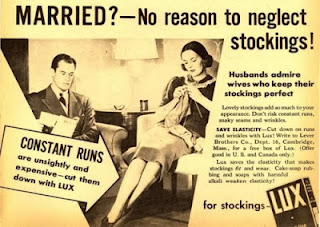 There is a difference between being a sexist at heart and committing the occasional sexist act. Even the very best of us are unable to avoid it always...society is set up to be sexist... to different degrees depending on where u are in the world. Try to be aware of it, and try to do things differently. Thats the only way we'll ever get past it. In the West, we overcame a lot by simply calling it out. The East should do the same.

And please do not make excuses for sexism. It is never ok. But on the flipside its important to not throw the word around casually either. Nothing makes a laughing stock of the cause u care about, like overdoing it ...a la 3rd wave feminists.