Yes, a married Muslim woman is entitled to orgasms


Its quite apparent that the types of Pakistanis and Muslims that are represented on my blog are not of the average kind. Your typical garden variety of Muslim/Desi/Pakistani will usually have more conservative views. But alas, the more conservative kind do not often willingly speak about sex. And they most definitely do not read the filth that is posted on this blog. But I do think it's important that voice from the other end of the spectrum be heard... Recently I began communicating with a wonderful and fairly open minded hijabi, she goes by the name 'The Hijabist'. It goes without saying, that she was shocked and horrified with most of the things she saw on the blog, and couldn't really delve into much of the writing due to her unmarried status. We began chatting about how it really bothers her that all these muslims are trying so hard to be westernized and so freaking liberal, that the true muslim voice doesn't come through on Nice Mangos. And I wholeheartedly agree...I have been searching for someone to speak up from the more religious side for ages. But all i find are these gosh darn liberal hippie types... live and let live....everything is ok and everything is acceptable. Enough of that already....i have that stuff going on in my head all day anyway. I want to hear about scripture, I want to hear about whats 'allowed' and 'not allowed' and why its not allowed.... I want to hear the opposite side of the argument. 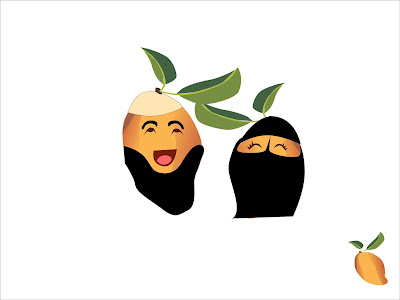 I asked her to write up a little something, and she was kind enough to oblige... so here it is folks... time for something different... here is a guest post by 'The Hijabist':

I am not an Islamic scholar. Nor do I have any sexual experience whatsoever. Now that we have the two most important things out of the way, what makes my point of view important on this blog? This is my humble effort to represent the other desi perspective. As a Muslim, I believe in refraining from sex till after marriage. Over the past year or so, I have come across many people who are shockingly ignorant about sex in Islam. “You guys have to do it with the lights switched off” “The woman cannot say no” “Only the missionary position is allowed”


Some testimonials I have read on this blog blame their religion for the lack of their sexual liberty. If  you're willing to have sex before marriage because everyone is “allowed” to do so and that you have been unfairly refrained from it because your religion is a restriction on your liberty, then power to you. From my perspective, it is a restriction on my liberty if I am being forced by the media into believing that I must be able to have sex with whoever I want, whenever I want. If this is liberty, then it is most definitely not my version of liberty.


That being said, I do not force anyone to agree with me pushing down their throats my idea of sexual liberty. What does Islam have to say about sex and sexual practices? What is haram (not permissible) and what is halal (permissible)? Let me start with the beginning of mankind. Christianity believes that Eve was a temptress who lured Adam into committing a sin. According to this theory, woman is the source of all evil. Here is where Islam steps in and puts an end to this gender bias. Adam and Eve are to be equally blamed. They said, "Our Lord, we have wronged ourselves, and if You do not forgive us and have mercy upon us, we will surely be among the losers." (7:23). They both asked for forgiveness and they both were forgiven. Without getting into the nitty gritty, this serves as proof that man and woman are equal in Islam. Their rewards and punishments are equal. No gender has the upper hand over the other in terms of sexuality either.


Sex in islam is not just for attaining carnal pleasure. It involves the psychological, physical as well as emotional involvement between a husband and wife. Sex is a sadaqa for spouses. Allah's Messenger (pbuh) said: "In the sexual act of each of you there is a sadaqa." The Companions replied: "O Messenger of Allah! When one of us fulfils his sexual desire, will he be given a reward for that?" And he said, "Do you not think that were he to act upon it unlawfully, he would be sinning? Likewise, if he acts upon it lawfully he will be rewarded." (Muslim). Sex in Islam is rewarded! Surely anything that is rewarded is beautiful, no? Sexual pleasure for a woman is a must as it is for a man. One of the reasons for committing adultery (a sin in Islam) is the lack of sexual pleasure from spouse. In order to prevent this, it is very important for the man to be aware of his wife’s sexual needs and the same applies to the woman. This means foreplay, foreplay and foreplay. Imam al-Daylami (Allah have mercy on him) records a narration on the authority of Anas ibn Malik (Allah be pleased with him) that the Messenger of Allah (PBUH) is reported to have said: “One of you should not fulfill one’s (sexual) need from one’s wife like an animal, rather there should be between them foreplay of kissing and words.” (Musnad al-Firdaws Of al-Daylami, 2/55).


Another hadith to strengthen this further; Imam Ibn al-Qayyim (Allah have mercy on him) reports that the Messenger of Allah (Allah bless him & give him peace) forbade from engaging in sexual intercourse before foreplay. (Al-Tibb al-Nabawi, 183, from Jabir ibn Abd Allah).


Moving on to sexual positions that are permissible or not, this verse: Your wives are a place of sowing of seed for you, so come to your place of cultivation however you wish and put forth [righteousness] for yourselves. And fear Allah and know that you will meet Him. And give good tidings to the believers. (2:223) explains that all sorts of positions are allowed as long as they are not anal. Ibn ‘Abbaas said: “The Messenger of Allaah (peace and blessings of Allaah be upon him) said: “Allaah will not look at a man who has intercourse with his wife in her anus.”


(Narrated by Ibn Abi Shaybah, 3/529; narrated and classed as saheeh by al-Tirmidhi, 1165). It was reported from Khuzaymah ibn Thaabit (may Allaah be pleased with him) that the Messenger of Allaah (peace and blessings of Allaah be upon him) said: “Allaah is not too shy to tell you the truth: do not have intercourse with your wives in the anus.” (Narrated by Imaam Ahmad, 5/213; a hasan hadeeth). There it is. The can do’s and the shouldn’t do’s from Islam. This of course is a sex in islam quickie review.


(lol, i assume the pun wasn't intended ;), sorry for the interruption, do continue)


For further knowledge and in depth analysis I do suggest you all to indulge into the Qur’an and Hadith. Does this mean sex should be boring? Absolutely not! Does this mean woman is sexually inferior to men? Not in the least bit. Man and woman are equally entitled to complete sexual pleasure as long as they keep it halal. By that I mean sex in a legal marital relationship, between a husband and a woman. If this seems very restricting to some of you, there is no compulsion in religion. You cannot pick and choose what you like about a religion. In my opinion, that is lame. Religion is a way of life that should encompass all stratas of your social, political, economic and sexual lives. This being said, there is much reward in giving your spouse sexual pleasure. Man or woman. Keep it halal ;) 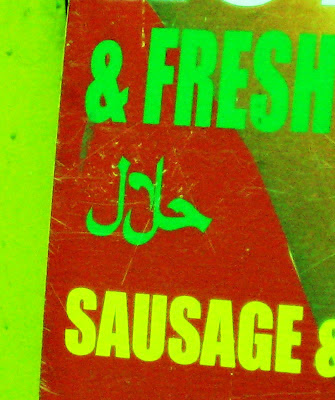 Well there ya have it people :) I shall keep my thoughts to myself for now... but would love to hear yours!
Posted by Eiynah at 10:50 AM