From one Sinner to Another

A Sinner in Mecca

Below is a letter to the brave filmmaker Parvez Sharma, who decided to document his dangerous pilgrimage, (as an openly gay man) to Mecca, Saudi Arabia:

I saw your film at the Toronto Hot Docs festival on Saturday, and I wanted to start off by commending you on your bravery. Though as a godless ex-Muslim woman, who has spent at least half her life growing up in Saudi Arabia, I disagreed with some of what was said….despite that though, I understand the film’s significance, it’s beauty, it’s power for change. Thank you for being the kind of Muslim that challenges Islam, by going to the very heart of it no doubt (at great risk to yourself). Instead of conforming to fit with it’s rigid ideals..you make it fit you. You make it your own, and that’s exactly how it should be. I wish religion was as personal and fluid for more people, more Muslims - as it is for you. The world would look incredibly different if this were the case...but sadly it isn’t. 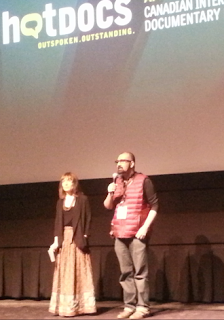 In the Q&A after the film, I heard you talk about how distressing it's been to receive so much hate mail. I feel for you, I really do...I am so sorry people feel the need to write in and make the effort to oppose such a beautiful and positive project. Last year I wrote a children’s book tackling homophobia in Pakistan, and the hate mail still hasn't stopped. Even as a straight woman, the constant homophobia directed at me hurts greatly. But I'm certain the pain I feel, is not comparable to what it'd be like if I was gay myself. The attacks, though greatly offensive to me even now, would be much worse if they were personal.

I am labelled an enemy of god and "worthy of death", and only for writing about LGBTQ issues.

I live in Canada, and the reaction from our desi (South Asian) communities in the West has been horrifying. My book probably hasn't even reached a fraction of the people your movie has, so I can only imagine what you must be going through. :(

I cannot believe you had to have heightened security at the Hot Docs festival just because you dared to make a movie about tolerance, acceptance and diversity.

I'm deeply saddened when I see such resistance to a simple thing like 'equality'. 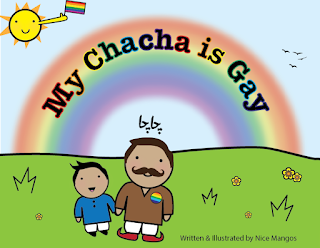 For those who have not seen or heard of Parvez's film, let me briefly explain that it documents the filmmaker’s Hajj pilgrimage in Mecca as an openly gay Muslim. It showcases some of his internal struggles with wanting to be accepted by a faith that doesn’t necessarily accept him. It is also the story of a touching journey - to gain his late mother’s acceptance through becoming ‘Muslim enough’ to make the pilgrimage. The film is important and beautiful on yet another level as well. Parvez chooses to make his pilgrimage as a Sunni Muslim, with a Shia group of pilgrims. It is not only in defiance of the traditional homophobia in Islam, but also in defiance of the sectarian issues within the faith. 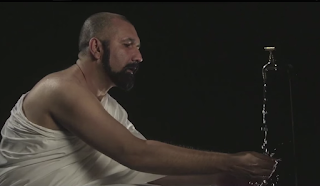 There are many interpretations, many paths in Islam that can be taken, as with any religion. There is an ugly path, as we see in ISIS, and there is a path of peace, as we see in many of the non-violent Muslims around the world.  Most importantly, there is diversity - this is something that is not acknowledged enough in mainstream media. So thank you for being that representation for Muslims, it makes me proud (as someone who still considers themselves part of the community) to see creative minds like yours who want to take control of the narrative surrounding Islam.

However there are some issues I feel, that need to be addressed...especially because so many Westerners will be seeing this film - people who are not familiar enough with the ideology to make their judgements accurately. I do understand and tremendously appreciate the risks you took, and the efforts you say you will make (as you did with your last film Jihad For Love) to smuggle it into Muslim countries. That is really where your message needs to be heard most of all. Places like Saudi Arabia need to be addressed in order to create a wider change in Islam, I completely agree. The rate at which Arab imperialism affects the Muslim world, is alarming. The unforgiving tentacles of Wahabbi Islam leave less and less breathing room for progressive thinkers.

Though there are two paths that any Muslim can take from the teachings of Islam, one of peace and one of violence….that is not to say that violent, oppressive, disturbing raw material isn’t present within scriptures at all times.

The difference lies in how many verses you are willing to ignore…and I think it’s important to mention this fact, so us and our future generations are better armed with knowledge and better equipped to eradicate extremism. The violence, misogyny and homophobia are not exclusive to Islam either - but the difference between those who choose hate and those who choose peace, is simply that of how closely they are willing to follow a set of ideas that belong in another century. This is where the importance of your film comes in, it helps one to see they can indeed take the ancient doctrine and mould it to fit their lives in the 21st century instead of vice versa.

There was one point you mentioned that Mecca was one of the only mosques in the world where people are not segregated by gender, I humbly and respectfully disagree. My mother and I, have had our ankles caned there (lightly), right in god’s house…by the religious “morality” police, in order to herd us into the designated praying areas for women. It is not segregated in the main pilgrimage areas, only because the logistics of such segregation in a stampeding crowd would be impossible to manage. Where manageable, segregation is indeed enforced.

I absolutely loved that you brought in some aspects about Mecca that are rarely questioned, like the commercialism, the presence of Starbucks, etc. In a city where non muslims are not allowed…the irony of this has been something I’ve been fascinated with all my life. When we were younger, my siblings and I would go to Mecca with our parents quite often. After our exhausting pilgrimage we’d head up to the local mall’s Burger King, where we sat with our American fast-food in hand and looked down from the windows of the mall into the holy mosque. The strangeness of those moments never went unnoticed by me. I once touched upon this aspect of life in Saudi, in my article The Land of Minarets & McDonald’s, but not nearly as vividly as you. It’s not something that comes up often when discussing Saudi, so I was thrilled to see it in your film.

The consumerism of the pilgrimage industry, the garbage left behind by the pious, the little hypocrisies that make up life in Saudi …were captured incredibly well. Thank you for drawing attention to that irony, and for the intellectual satisfaction!

The parts about Islam being “hijacked” by extremists, are not something I can agree with though. How can a doctrine that contains the raw material for any hate, bigotry, discrimination, be *hijacked* by those who simply draw their inspiration from what is before them. I remember as a child, I was told by my Quran teacher, and family members as well, that the Ka’abah, was a place of idol worship before Islam, and the prophet “thankfully” came and destroyed the idols. This image of someone revered as a hero, smashing other people’s property hurt me even then…"how is this a good thing" I thought? Today, when people in Pakistan follow that example and smash idols in Hindu temples, moderate Muslims are so quick to condemn it, but not many make the link of where these people get their ideas from. Why condemn one act and celebrate the other? This is something akin to the hypocrisies of Saudis, except amongst "progressive" Muslims.

When you say the prophet wouldn’t recognize the current form of Islam, I beg to differ…I think both peaceful and violent paths within Islam are a part of him. It is important to say this, so our younger generations may know it and consciously make a decision of which part of him they wish to idolize and follow. I will spare you the detailed discussion about scripture, but if being honest, we can see that indeed two sets of opposing directions can be laid out from the same texts.

The last point I wanted to bring up, was that it hurt me incredibly, to see you distressed and yearning for acceptance from something that doesn’t have room for you in it. Your words, "Do I belong in this religion that condemns me?" Continue to haunt me, long after I've seen the film.

Sure, you took control and carved room for yourself - which is commendable. But the desire to gain acceptance from your culture, your faith, your late mother was something visible throughout the film. It is obviously not my place to judge you for what you believe or how you believe it, but I so desperately wish that you didn’t have to try so hard to prove you were equal, or to prove that you were indeed "muslim enough”, that you were worthy only via pilgrimage/religion of your mother’s love. I wish these weren’t the conditions you put upon yourself for feeling accepted, and loved by a god that many would say is homophobic. But they are, and you are so brave to face these conditions head on, to ask these questions in front of the world. I heard someone say in the audience that your film touched them, even as an atheist. And I feel exactly the same way…. I found myself resisting the conflicting urges to hug you and debate you when I saw you in the hall. But I thought it was best to stay back and admire your efforts from afar.

I wish you all the best, and I wish you freedom from this struggle, this desire to find acceptance outside of yourself. I wanted to write and tell you that this sinner thinks you are wonderful with or without acceptance from god. :) Thank you for being part of the Muslim world and for trying to make change.

Kudos to your husband for dealing with your desire for dangerous journeys!

A special thanks to The Non-Conference: A Conference for Non-Believers for tickets to the film! Do check them out and support them Ontarians!