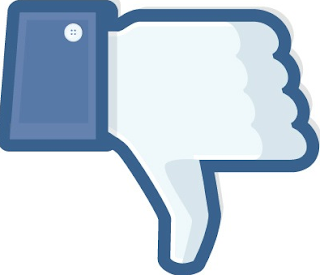 Forgive the clickbaity title, but that's basically what it is. They may not realize they are doing this...and so should be informed.

If you are familiar with my work, you will know that I am a critic of religion in general. I believe in equality, sex-positivity, compassion for all humankind. These are the values I live by and these are the values that prevent me from having much respect for religion (the idea). I engage in a variety of discussions, with both theists and non-theists alike. I try to keep my critique limited to the ideas contained within the obsolete doctrines I oppose. And I argue passionately for others to do the same, to not generalize entire groups of people as savages, etc.

I am against bigotry from the religious and also towards the religious. I am intolerant of intolerance, I speak out on issues that put my life at risk almost on a daily basis. I cannot count for you the amount of death threats, rape threats, other threats I have received, through facebook alone.

As an ex-muslim with extensive lived experience in an Islamic theocracy, I consider it my right and duty to speak about the injustices I have seen, excused away by religion. When I see such beliefs being shielded by the politically correct liberal west, I feel I must speak out and share my perspective too, as a liberal who doesn't agree with protecting people from rightful criticism only because they are minorities in west.


Till last night, I had a pretty vibrant facebook profile. Full of discussion, friendship, building bridges, asking questions...learning from one another. Even though I am a harsh critic of Islam, I do have several Muslim facebook friends (and why wouldn't I be a critic? I am a *woman* who managed to apostasize, and so far, remain alive to advocate for equality in the religion of 'peace'). Many of my muslim friends tell me they find my work interesting, thought-provoking and yes, balanced - something that presents an alternative perspective they don't often get to consider.


Contrary to some opinions, that I am a (Pakistani) white supremacist, I do spend most of my time on the internet working for (*gasp* non-white) Muslims, offering help in any way I can. Just recently I was engaged in private conversation with a Muslim woman who lost custody of her son to her abusive ex-husband, taken away under the convenient cover of Sharia law. I speak to people on how to remain safe when expressing their views from Pakistan. I provide support for young LGBT teens from the Muslim world, telling them there is *nothing* wrong with them...and that there is hope for the future. I speak to Muslim mom's of LGBT teens who want to know from an outside perspective how to deal with certain situations, I speak to mom's about ways of tackling difficult topics of sex and sexuality with their children approaching/going through puberty. People come to me for all sorts of advice and help, surrounding sexuality, doubt, disbelief, I've even helped some find safe, non-judgemental medical assistance. Facebook has always been an avenue for people to connect with me and for me to offer help if I can, the most common avenue in fact.

But that has changed. 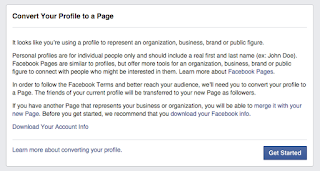 Facebook has now decided that I am not a *real* individual person.

My account was disabled with no warning, or even an option presented to change my account name had I wanted to.

I can assure you that I am *one* individual person. One who's work is blocked/banned in much of the Muslim world too, so thanks for adding to that! :)

I think it should be up to me to decide how I better reach my audience, and not facebook, right? I am a huge supporter of free speech. Even ideas I loathe, I will argue for their right to exist as part of the conversation in a free world. I will not support the ideas I don't like, but I will unfollow and move on. What Facebook's curiously-timed action regarding my account tells me (this is just speculation, obviously, I could be wrong); is that people have probably tried to report me for harassing or posting inappropriate content before. But that has been unsuccessful, because I don't do either of those things. One thing people have successfully been able to shut down my voice with is the fact that I have a pseudonym - which I use for the very valid reason of ...'remaining alive'.

As someone who is shunned by her own community, and as a self-hating 'racist' by the liberal west, threatened by the Islamic far right as an 'enemy of god' who is 'worthy of death', time and time again....it has become second nature to expect yet another way to be silenced. So here we are.

Social media is a tool I use mostly to help others, I am disappointed that 'reporting' accounts has been misused in this way by enemies of free speech. And I am disappointed that Facebook seems not to care. There has been a systemic targeting of Ex-Muslim accounts, Atheist accounts on social media recently...and it is plainly before us just how many religiously bigoted, hatred-spewing accounts are spared this scrutiny.......because religion.

Interestingly, my account was disabled shortly after a conversation I had with a pedophilia-apologist.

I get it, that Mohammed is widely revered and 'untouchable', I get that people are shot just for daring to draw him. I get that, and I don't accept it. Someone was likely very offended, but I cannot support many of the things he has done or said according to scripture. It is my right to question them...as a woman, as an apostate....as someone declared worthy of death by the religion Mo founded.

I don't understand how Facebook thinks their 'real name' rule is fair, how they cannot see that it targets certain people specifically. The only reason I don't use my real name is because I'd most likely be killed if I did. The insensitivity that someone would *demand* I use it or be declared 'not a real individual' by the most popular social media site in the world is alarming. This targets Ex-Muslims especially hard, and we have our fair share of grief already.

It targets anyone who wants more privacy or anonymity, perhaps because of a violent, vindictive ex, perhaps because of workplace concerns. It targets performers, people with pen names, stage names, possibly members of the trans community who often struggle to have their names acknowledged as *real*...This rule of declaring individuals not *real* based on them exposing their legal names, targets individuality, expression, creativity - and most importantly free speech.

Not to mention, the taboos around atheism are under-discussed and under-estimated. People can lose jobs just for identifying as an atheist....why should these people have to use *real* names. What's next in Facebook's socialmedia-cracy - requiring fingerprints? ID's? Ironic, given how many Jihadists are able to recruit and communicate via social media.


Sure, I'll 'convert to a page' if thats what you want Master Facebook, I'll let you define how I use social media for me. What choice do I have?

Currently, I'm waiting on fb to email me a confirmation that they have compiled my account info so I can download and transfer...it's been over 14 hours now. Nothing yet.

Will the transfer be smooth? Will I lose people, opportunities to have helped someone? Will I lose the ability to participate in other facebook group discussions, being a 'page' and not a 'person? Wouldn't my page have to be connected to an account anyway? Will your next step be to prompt me to verify my name and endanger myself further?


The most frustrating part about this is that facebook seems to be directly unreachable via facebook :/ (either that or my tech incompetence is making it hard for me to find how to contact them). All I come across is endless loops of FAQs and forums that lead me to other forums. No actual way to contact.

Whatever it is, however many ways we are silenced...I don't think people will succeed in silencing the collective voice.

-People are asking me why I have not yet converted my profile to a page yet. I am in the process of trying to do that, but facebook tells me they will email me when my profile info is available for download and transfer, nothing from them yet in over 48 hrs.

-Also I fear that transferring to a page will have to be linked to a profile, which will then require a 'real name', which would be unsafe for me.

-Since having my account disabled, I have discovered that this has been a huge issue targeting several communities. There is a protest happening at facebook headquarters regarding this very issue on Monday, June 1st.
Drag queens, others plan Monday Facebook protest
-Another related piece: Native American activist to sue Facebook over site's 'real name' policy
-Someone has also created a Reddit post about my suspension, you can check it out here

-An excellent infographic was also shared on Twitter. Really shocking that these valid reasons are not taken into consideration. 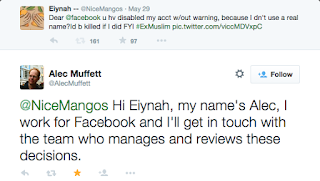 Also, a friend of mine has taken the trouble to set up a fb page in support of getting me back on facebook. Do click 'like' on it if you can https://m.facebook.com/bringbackeiynah

UPDATE 3 (10 days later) : Sigh. I finally managed to get my facebook info downloaded, and attempted to 'convert to a profile', but as I suspected. It wouldn't let me. 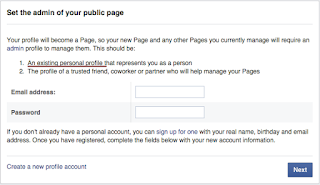 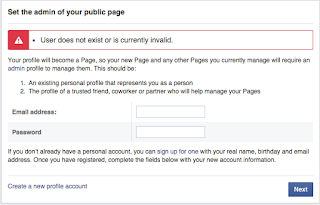 FINAL UPDATE : I AM BACK ON FB :D Come find me here - I am sadly no longer a person, but now converted to a page. So If we were fb friends in the past, fb has automatically unfriended us :/

FINAL FINAL UPDATE : I have been targeted and removed from facebook yet again. This time fb is demanding I show govt ID. Well, that probably isn't going to happen for safety reasons. Do keep in touch via the blog or Twitter. Miss you guys x

A huge thanks to those who wrote to me today,  and to those tweeting to @facebook in support. I hope the message will get to my friends on fb, that I have not abandoned them. Please share this post (especially on Facebook) and help spread the word.

Please consider supporting the blog via patreon. There are so many ways people try to silence Ex-Muslims. I do not intend to let them win.
Posted by Eiynah at 2:24 PM