"Why do you have to bring religion into everything, Eiynah?" is something I often hear in reference to my blog.

The answer is simple. I started writing about *sexuality* in Pakistan and soon discovered that it was impossible to speak about the limitations and sex-related oppression without pointing to the ways in which religion is used to stifle sexuality and oppress women. Yes, this is a blog about sexuality - but it has to encompass so much more to speak of a bigger picture.

So....this post will be about booze and religion. Our lovely booze-less, humourless religion to be specific.

I've been working on this for a long time now, since around christmas. I started it before the Charlie Hebdo tragedy, but I must admit... I slowed down right around then...contemplating whether I should go forward with it or not. I decided to go ahead, because I thought it was time to start injecting more humour into our culture. I thought I should do my part at least.

What inspired me to do this post was the number of religious-themed craft beers I've been seeing around. Usually christian, but I long for references to my culture...to laugh at the familiarity and the cheekiness of it. It doesn't exist, because people are afraid to joke about one faith in particular. I mean no offence by this post to anyone, so unbunch your undies or stop reading...I long for the day where we too can demonstrate that we can take a joke.

Here are some examples of other religiously themed beer (there's an entire article about it here), and while it may cause offence to some, they can simply choose not to support the product. No need for fatwas, for beheadings, lashings or shootings: 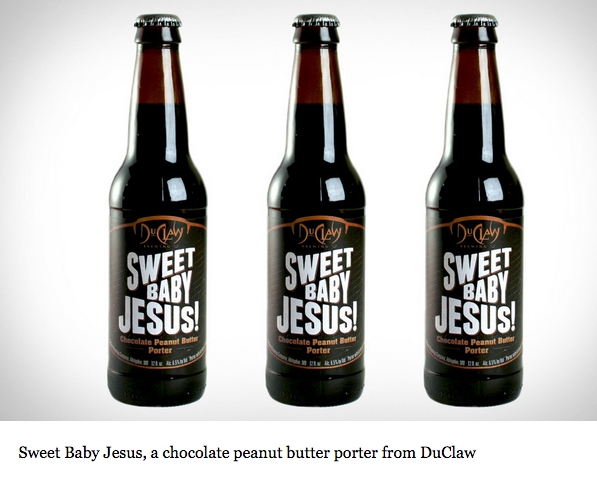 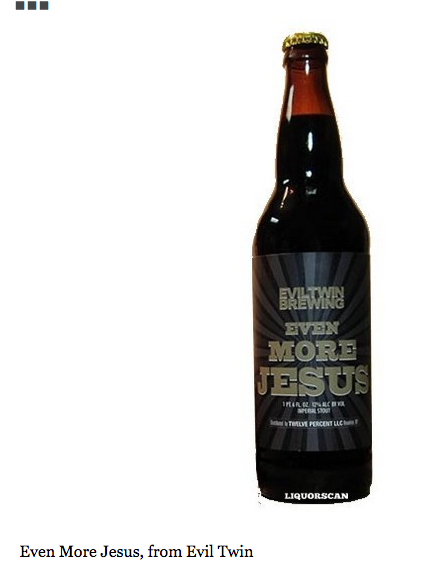 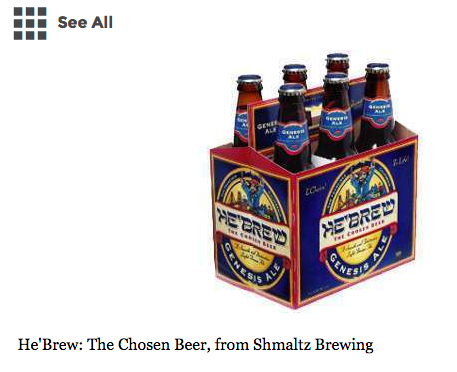 In these divided times, what could bring people together better than booze, eh?

I present to you my Shariah Booze collection..complete with complete with accessories, beer flights and our very own pub. Enjoy!

(please note: I am not a beer writer by profession, so please forgive any technical inaccuracies in the beer styles/descriptions) 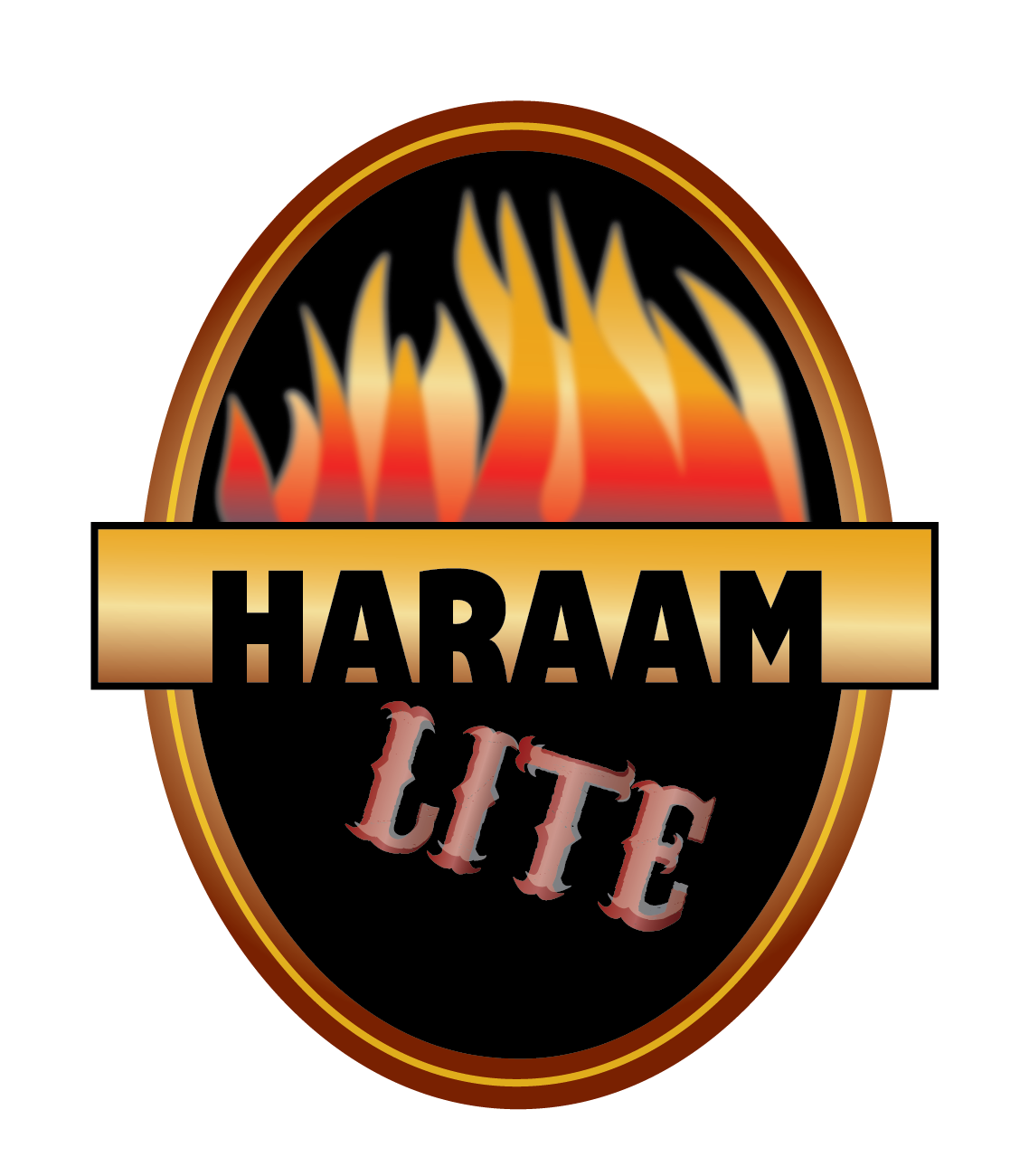 A light premium lager - This IPA has lower calories AND lower sin-levels too! For those who aren’t a fan of strong flavours or aromas...as well as those who are too timid to sin boldly... this is your stepping stone.

Start slow with Haraam Lite and work your way up to beverages that’ll make your face feel warm, as if you are experiencing the fires of jahannum (hell) firsthand! 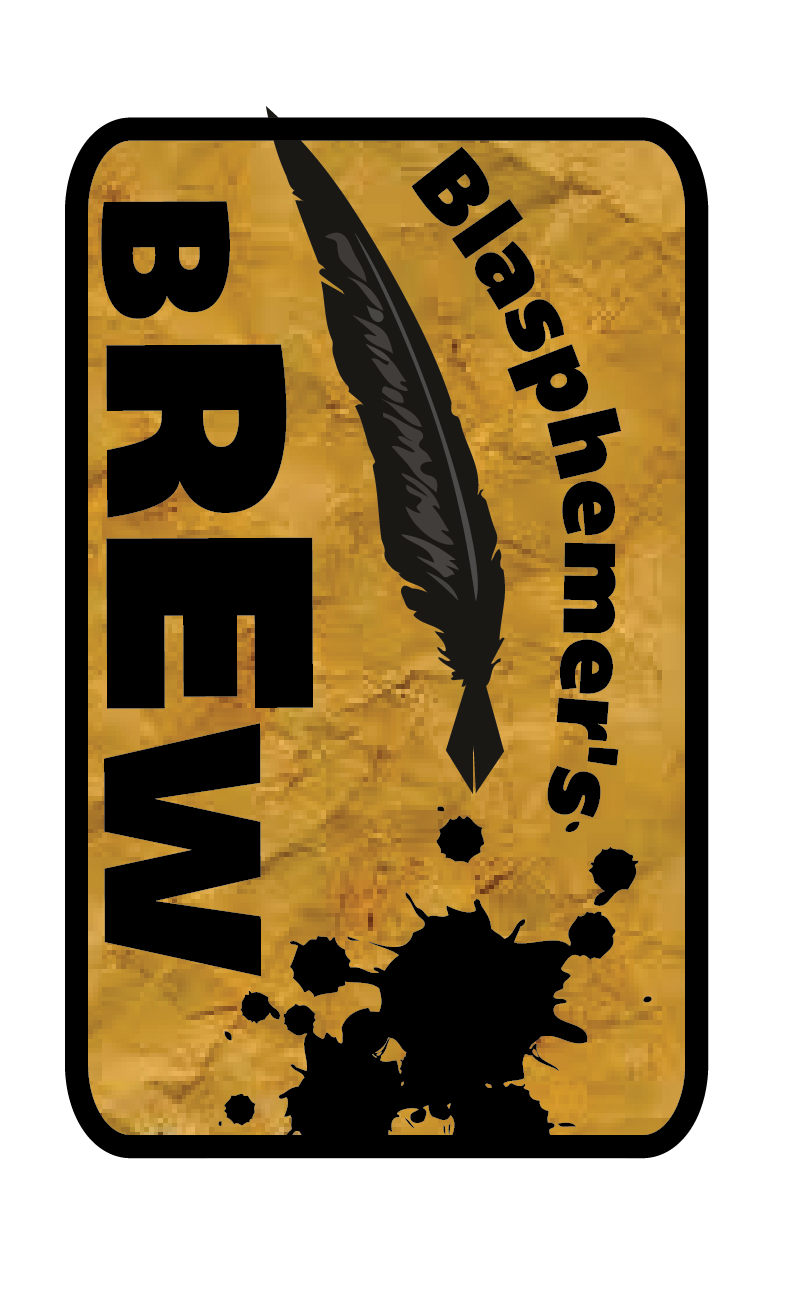 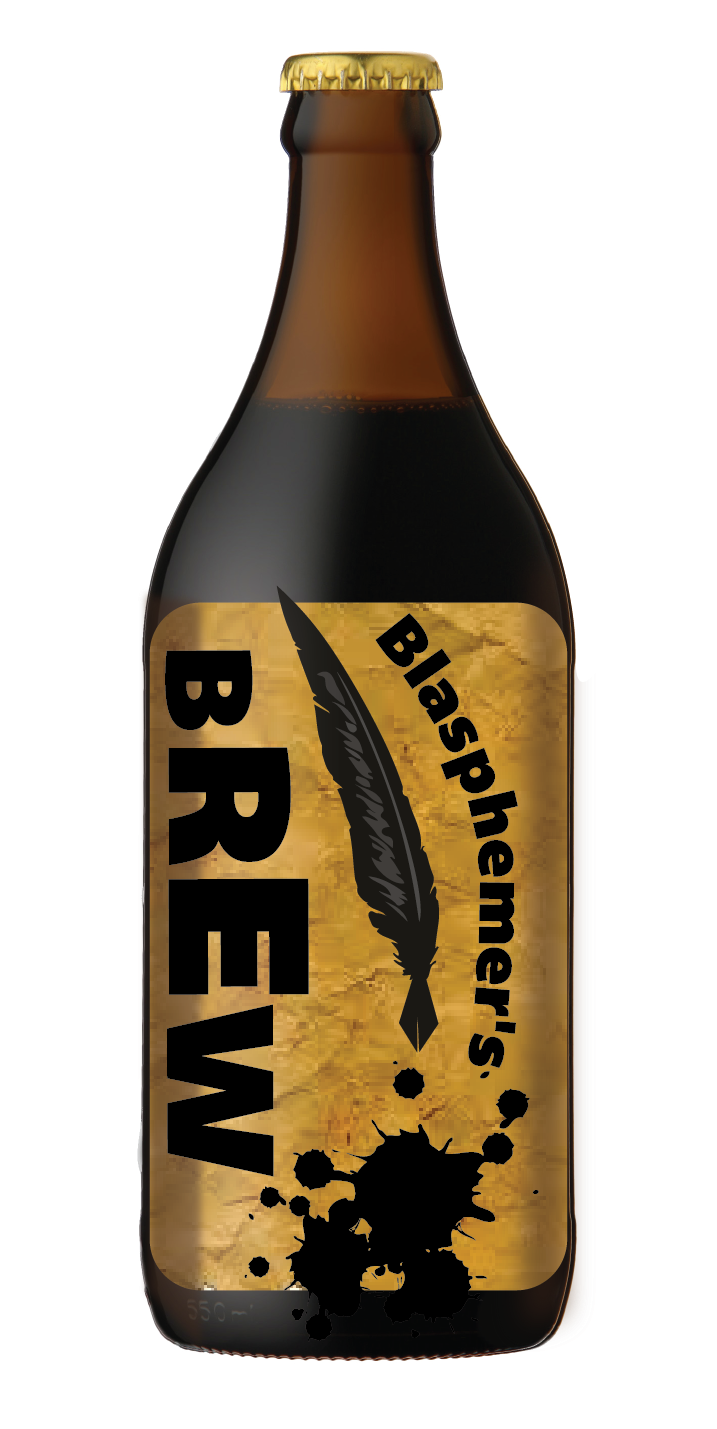 This French Saison, is spicy, bold and strong. Bound to light a fire inside your heart and make you want to push boundaries. Not for the faint of heart of course. It is not the nectar of gods, but the nectar of those who mock gods!  Some advice for those who find the strong taste ‘offensive’ - just don’t drink it! Yes, it IS that easy. Don’t like it? Don’t buy it.

For others who wish to honour our fallen soldiers, questioners and thinkers - this is for you...raise a glass of Blasphemer’s Brew today! 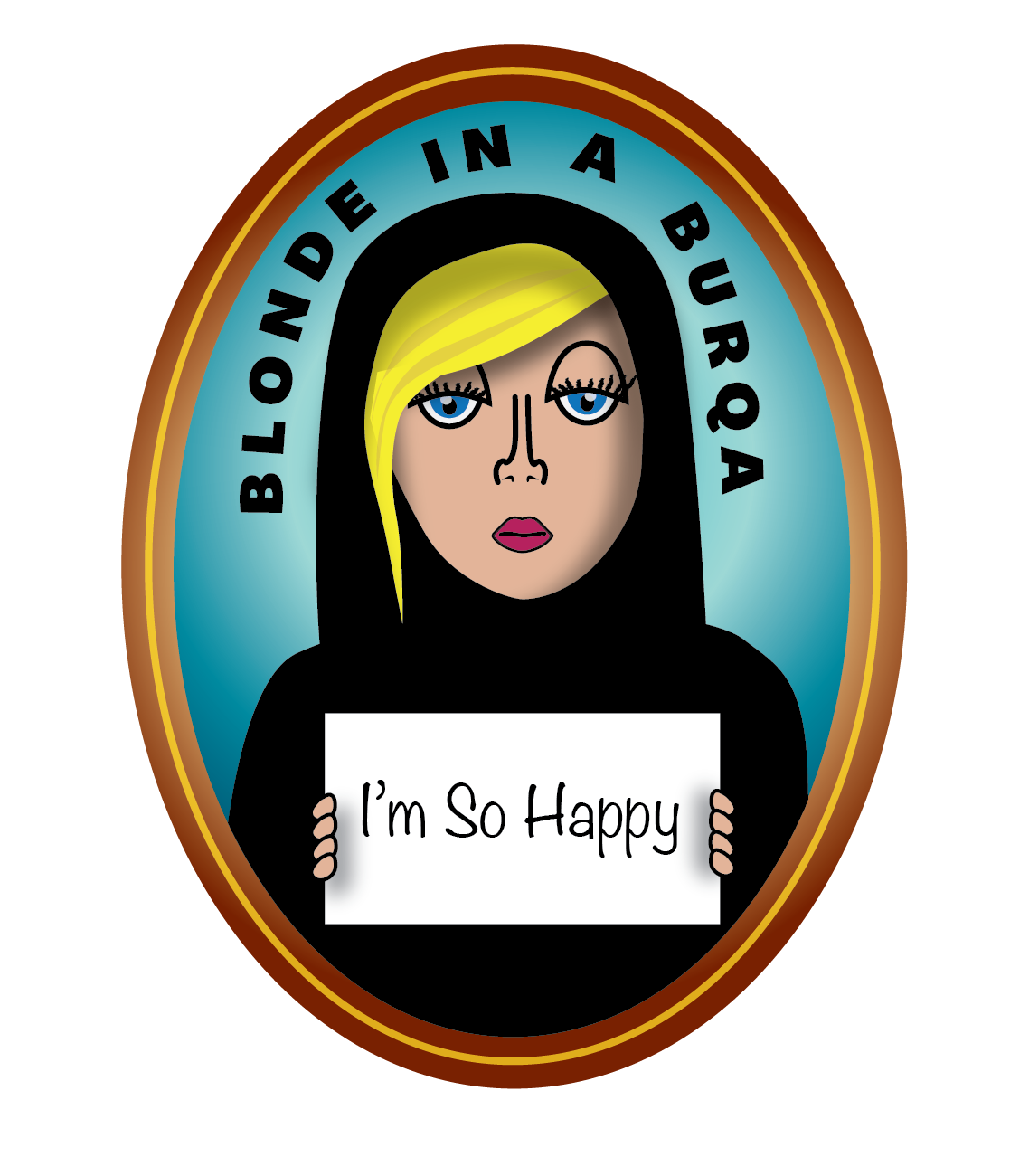 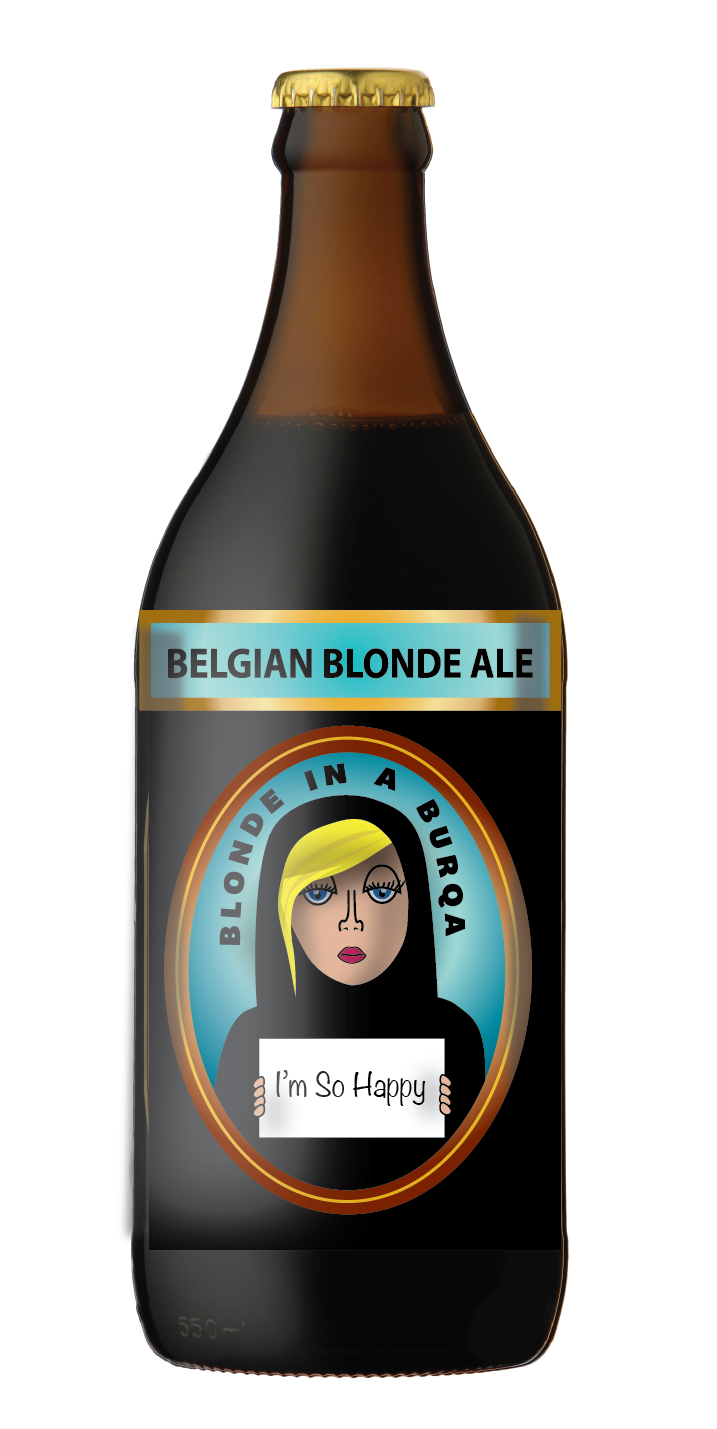 Blonde in a Burqa

Inside the dark veil of this bottle, is a rich crisp Belgian blonde ale. The brewing process has in no way oppressed the character of this beer, It has chosen this vessel for itself. It was a miracle, the beer flowed towards the darker tinted bottles for modesty reasons. Brewed in a strictly halal (permissible) way, it is ok to put your lips to this blonde. Characterized by its restrained fruity flavour and upfront sweetness like any good Belgian ale, Blonde in a Burqa has a creamy overall mouthfeel and will finish dry. Halal on the outside, fun on the inside. 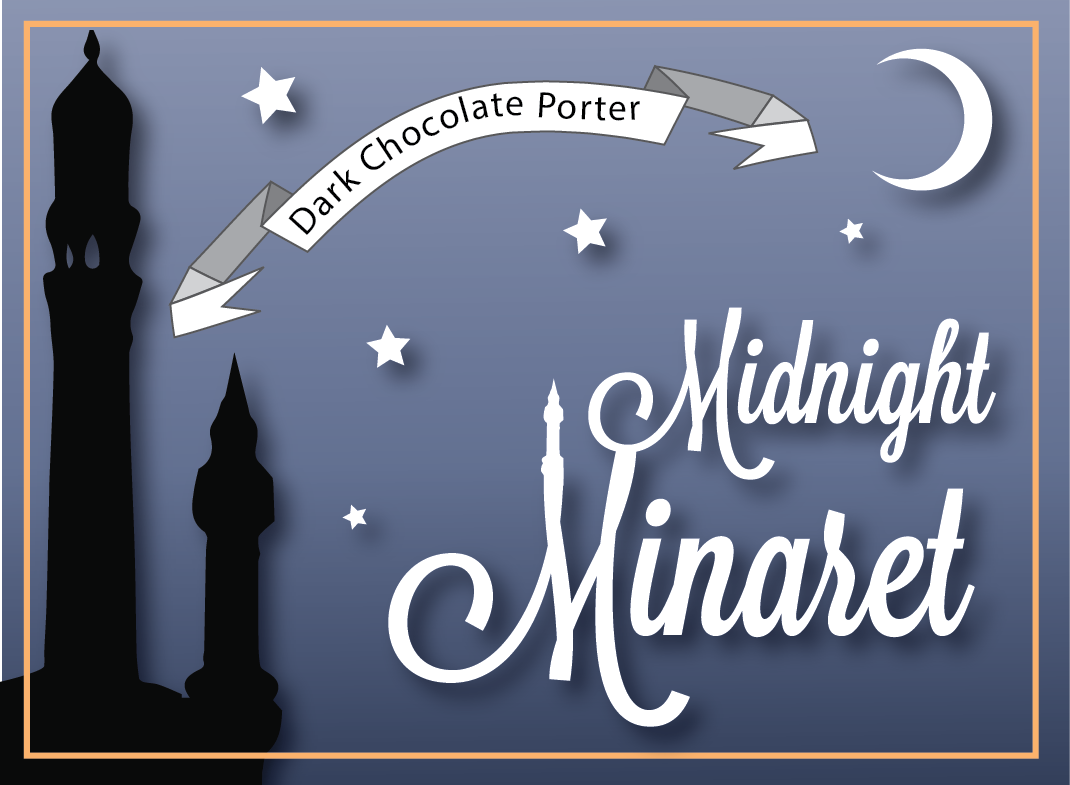 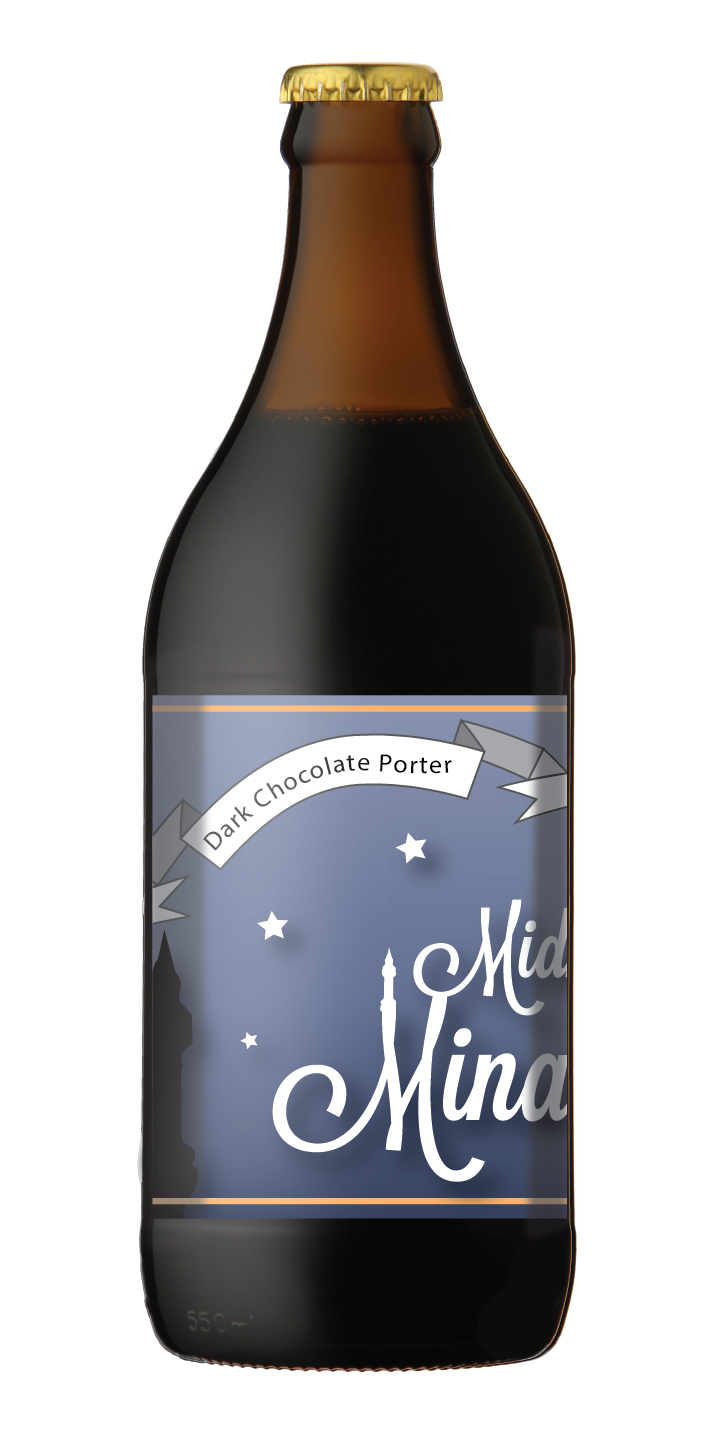 This luxurious, velvety dark chocolate porter is the stuff of dreams. Its elegance is entwined with a strong chocolatey aroma - it will take you back to the feeling of sinking your teeth into a chocolate bar ...or gazing upon a the tall silhouette of a beautiful minaret against a midnight sky. You will be unable to resist the temptation, we guarantee total submission to its silkiness at first sip. 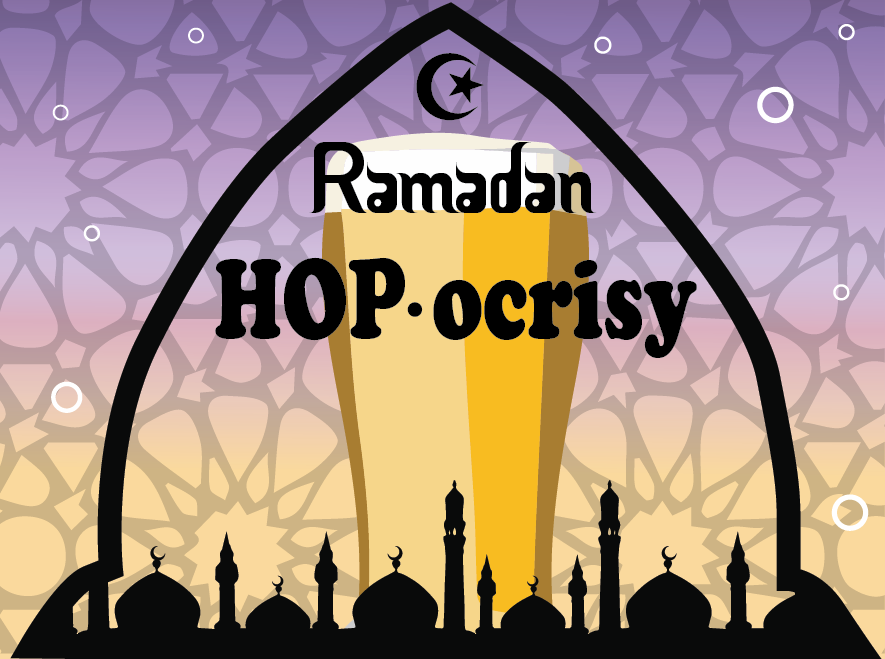 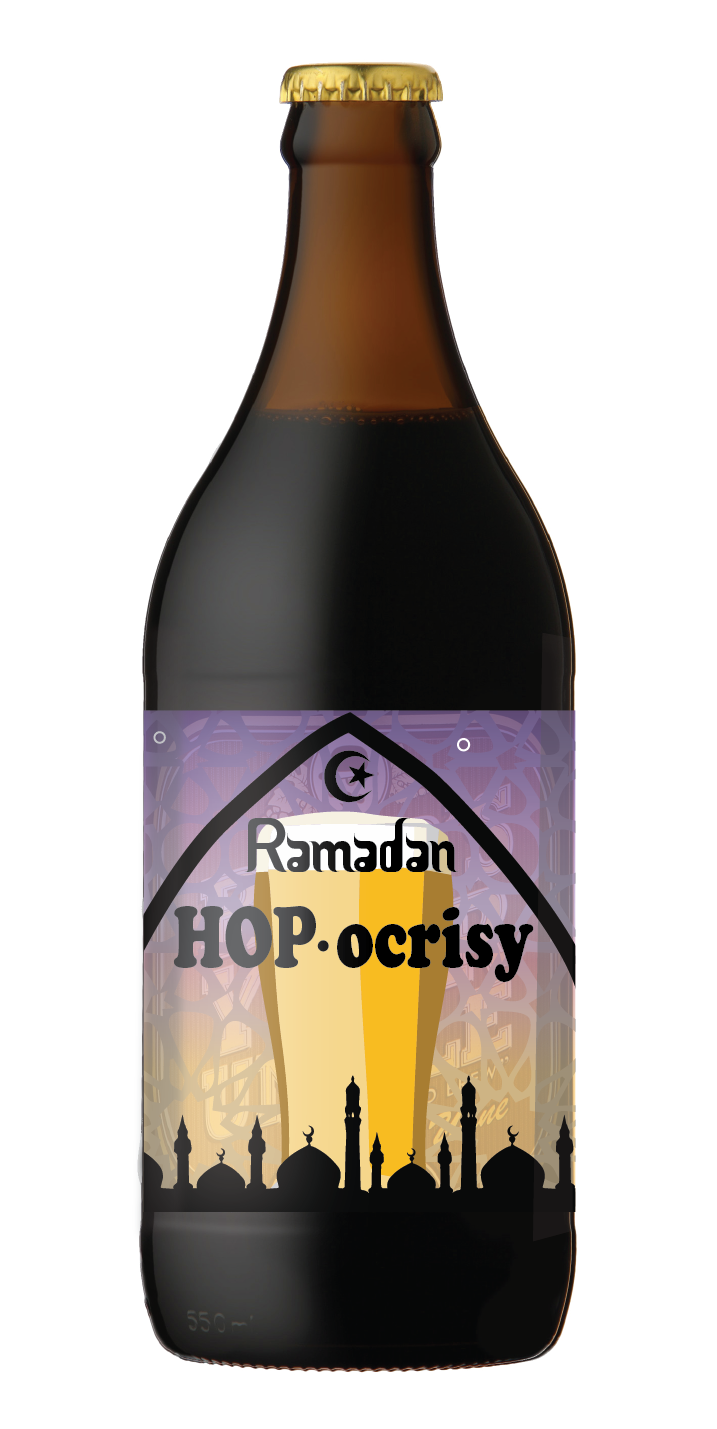 A mixture of both hoppy and malty or sinful and pious, this bittersweet brew is a seasonal blend. Brewed during that special time of year where hypocrisy comes out to play! This Ramadan special has a subtle date flavour as a nod to the holy month. Lets not forget, this is the time where people pull out the big guns, everyone is religious all of a sudden...*Magic*

It’s a beautiful sight, false piety. If you’re dusting off your headscarf for that special time of year, this beverage is for you! Are you a booze-guzzler all year round, but act like alcohol is a big sin during the holy month?  What better way to make an honest statement while breaking your fast, than with a bottle of Ramadan HOP-ocrisy … 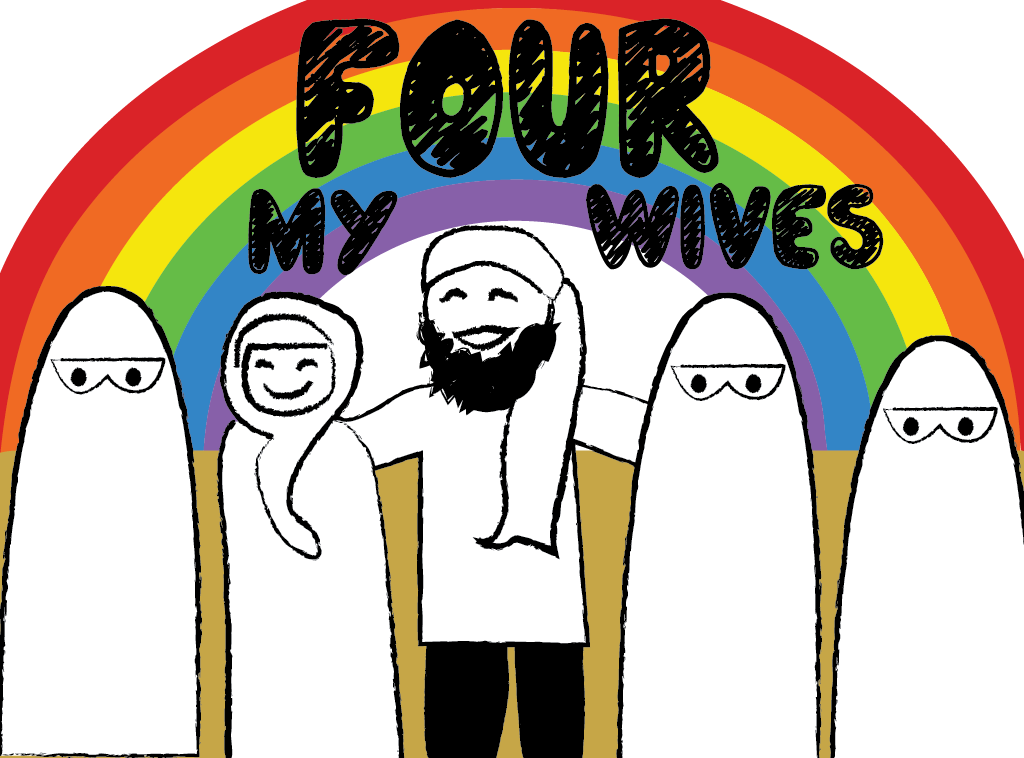 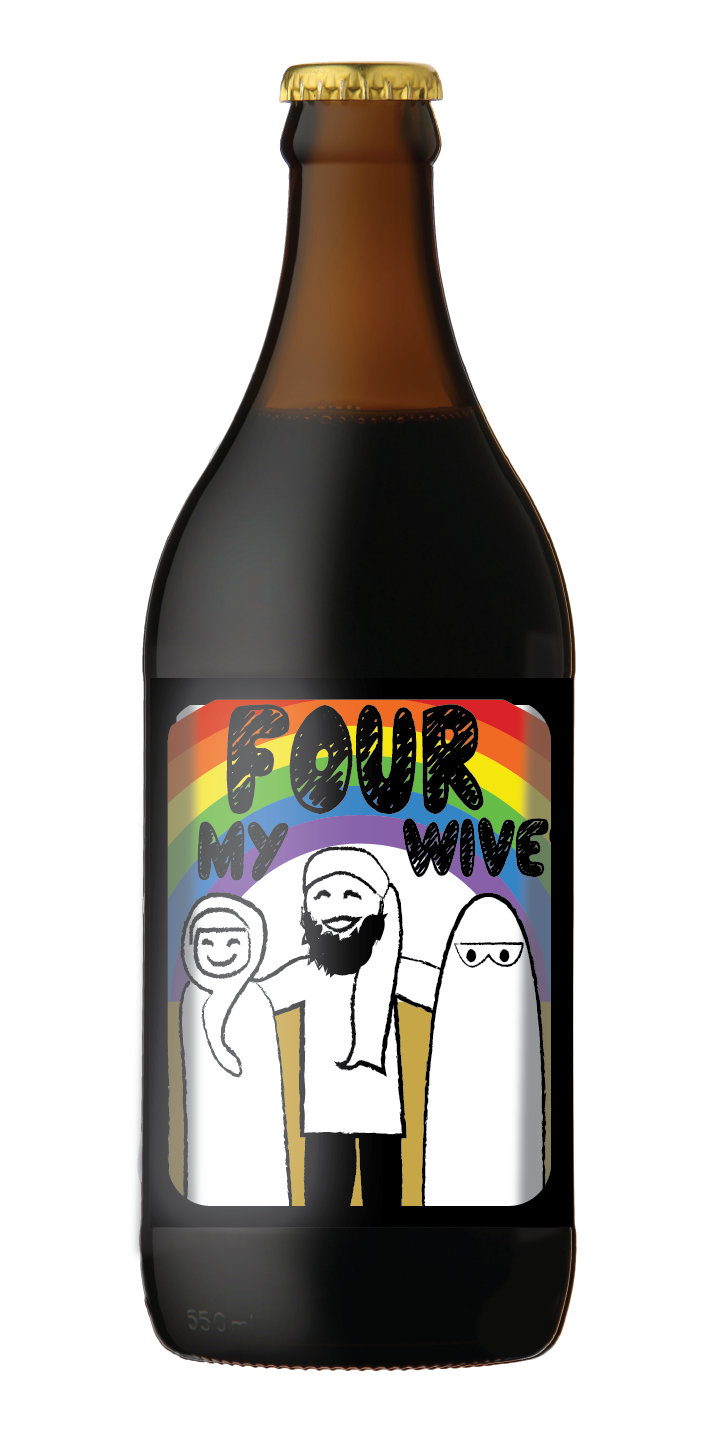 Variety is the spice of life. Sometimes a beer needs more than one flavour like a man needs more than one wife - to keep things fresh. We were granted divine permission to infuse four different flavours into this special brew. Our combination creates plural marriage perfection. In one taste you will experience hints of peach, apple, melon and lime. Why would you want taste-bud monogamy when you can experience so much more simultaneously? 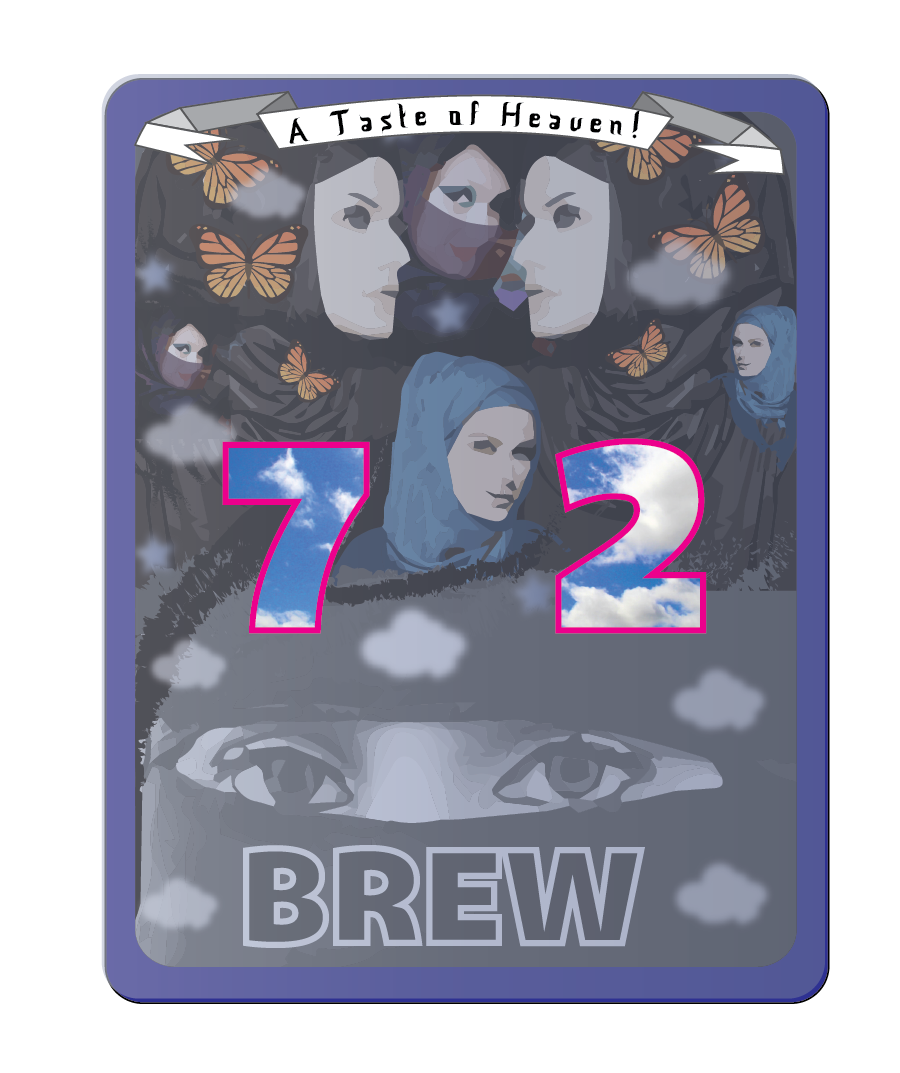 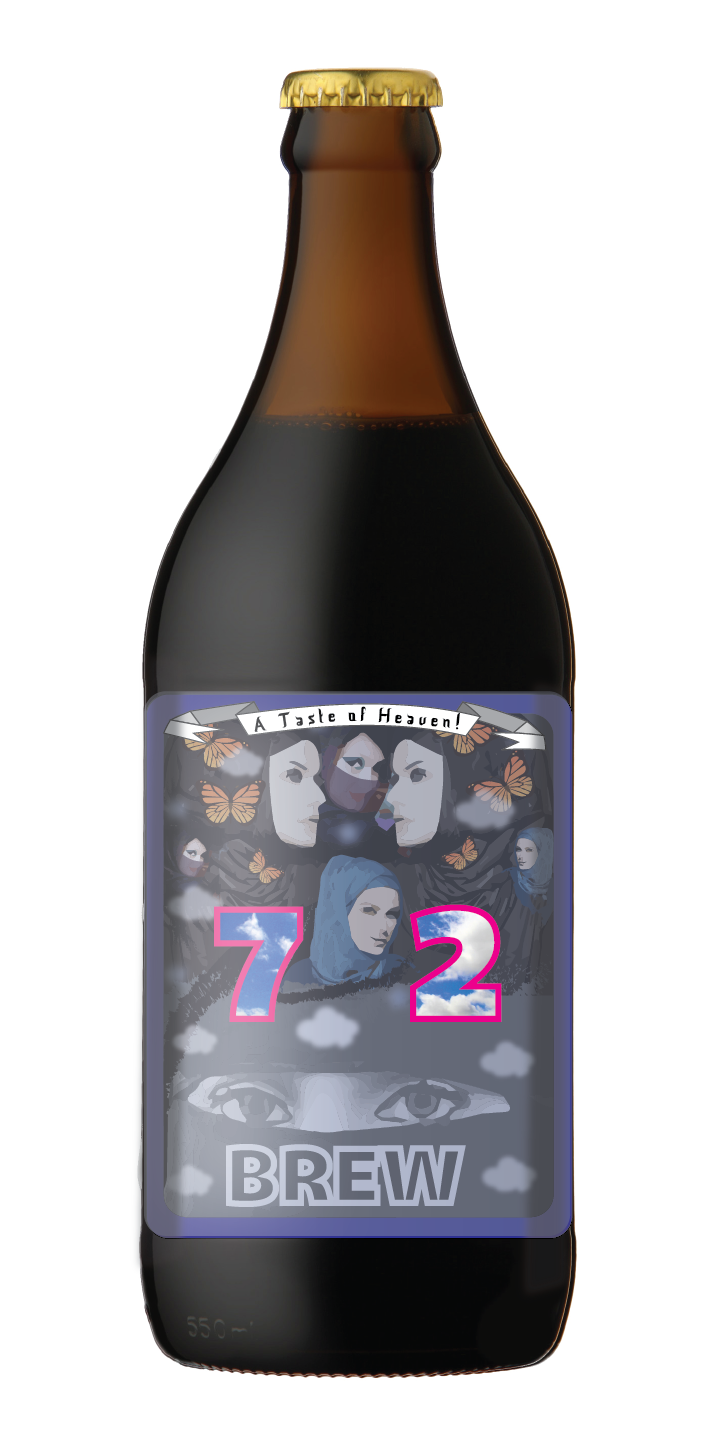 A taste of heaven on earth. Believe it or not, we hire 72 virgins for the brewing process of this beer. Their dainty fair-skinned hands are responsible for the entirety of this creation. The result is a full-bodied, voluptuous honey beer with ethereal, unearthly qualities. A drink of this is oft described as ’sitting on a cloud'. Close your eyes and listen, some say you can even hear our virgins giggle as they bathe naked in tubs of honey beer.

Can’t make up your mind about which of our lovely craft beers you’d like to try? We don’t blame you. Luckily we offer a special 'Arabian Flight’ - so your tastebuds can traverse our entire selection. Who doesn’t love a good beer flight? 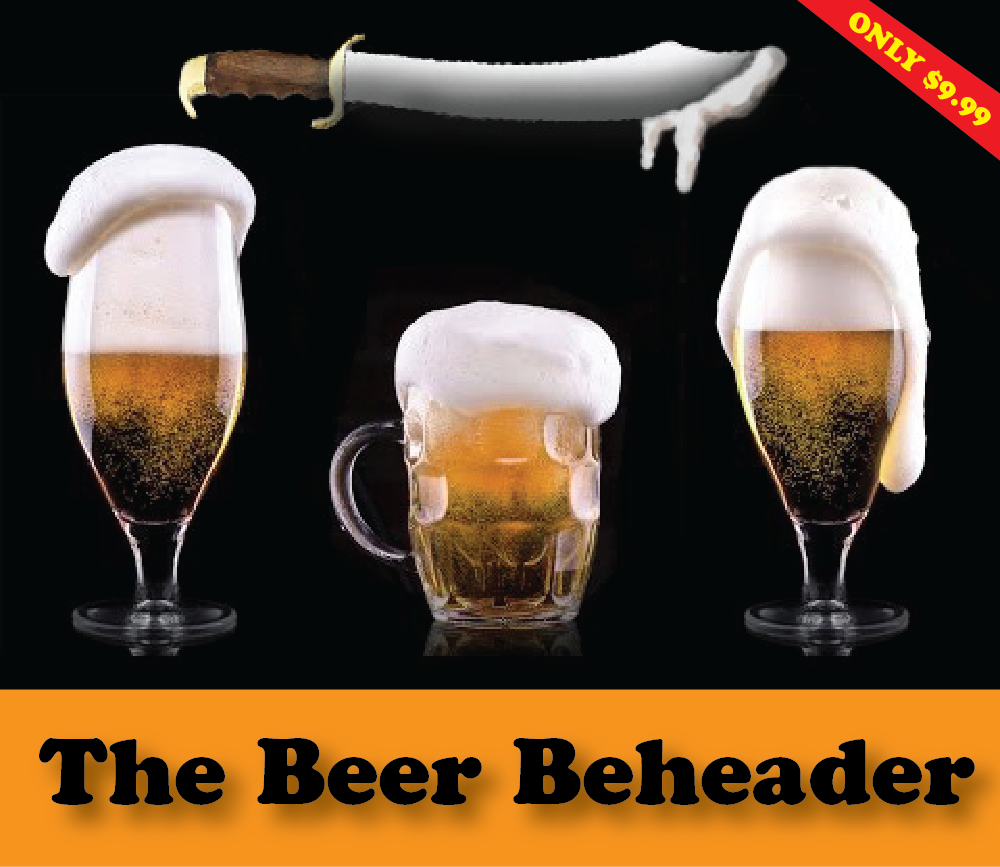 For those pesky moments when your beer pour is less than perfect. No one likes too much head on their pint. We now offer a simple, shariah-compliant solution to your problems. Why... chop the head off of course!…The Beer Beheader makes this tedious task simpler, with one swift strike, you can have the perfect headless beer. Slice that foam off!  Order today at 1-800-BHEADBEER 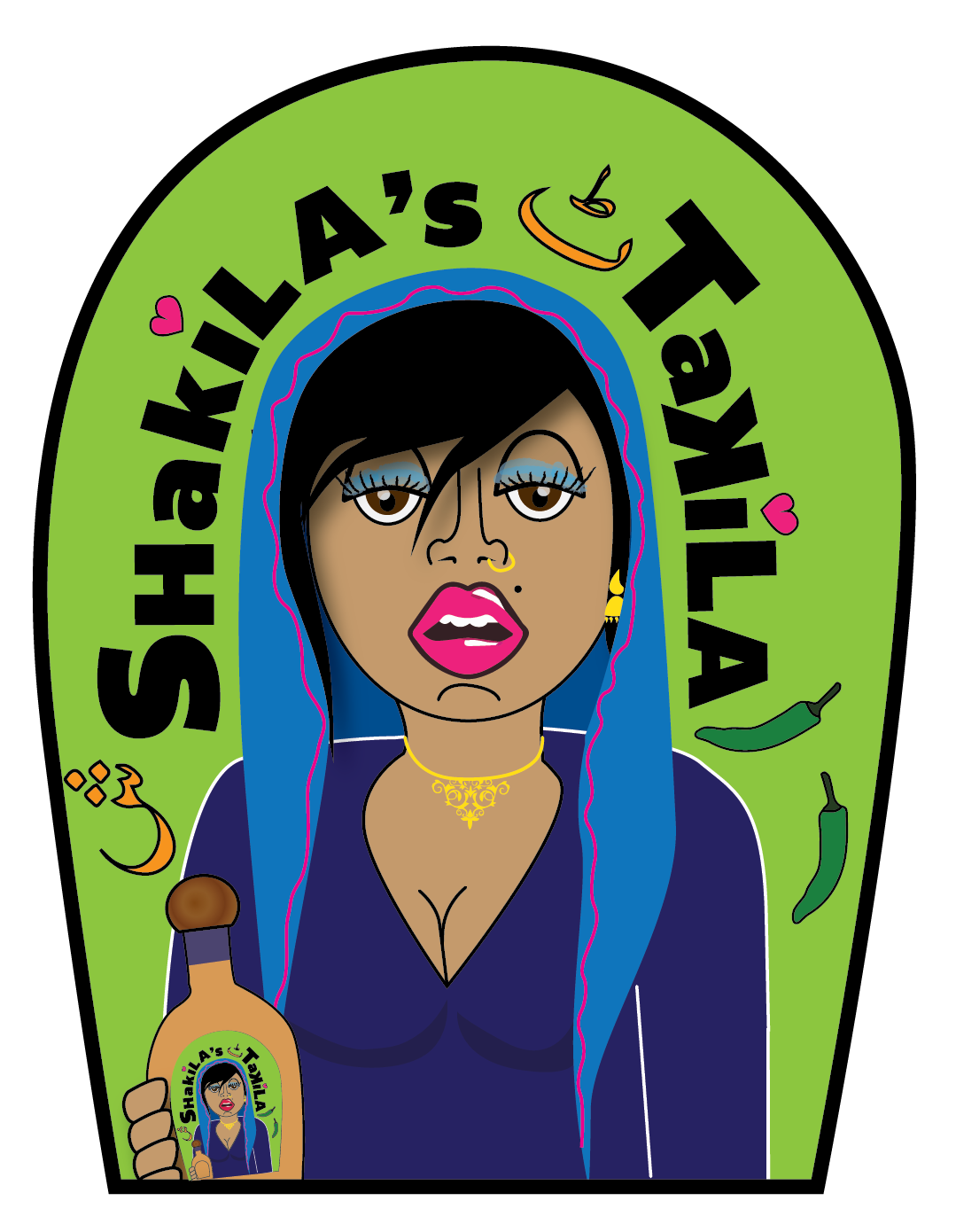 Shakila got bored of the poor selection of local Pakistani spirits and decided to get creative. She got down to business with some green chills for extra spice. BAM - Shakila’s Takila was born... in the basement of her father’s achaar (pickle) shop. This aged, desi take on Takila (Tequila) is like nothing you’ve ever experienced. This stuff is the SHIT....the S-H-I-T ... a bit rough around the edges, but sit back and relax…let Shakila seduce you. 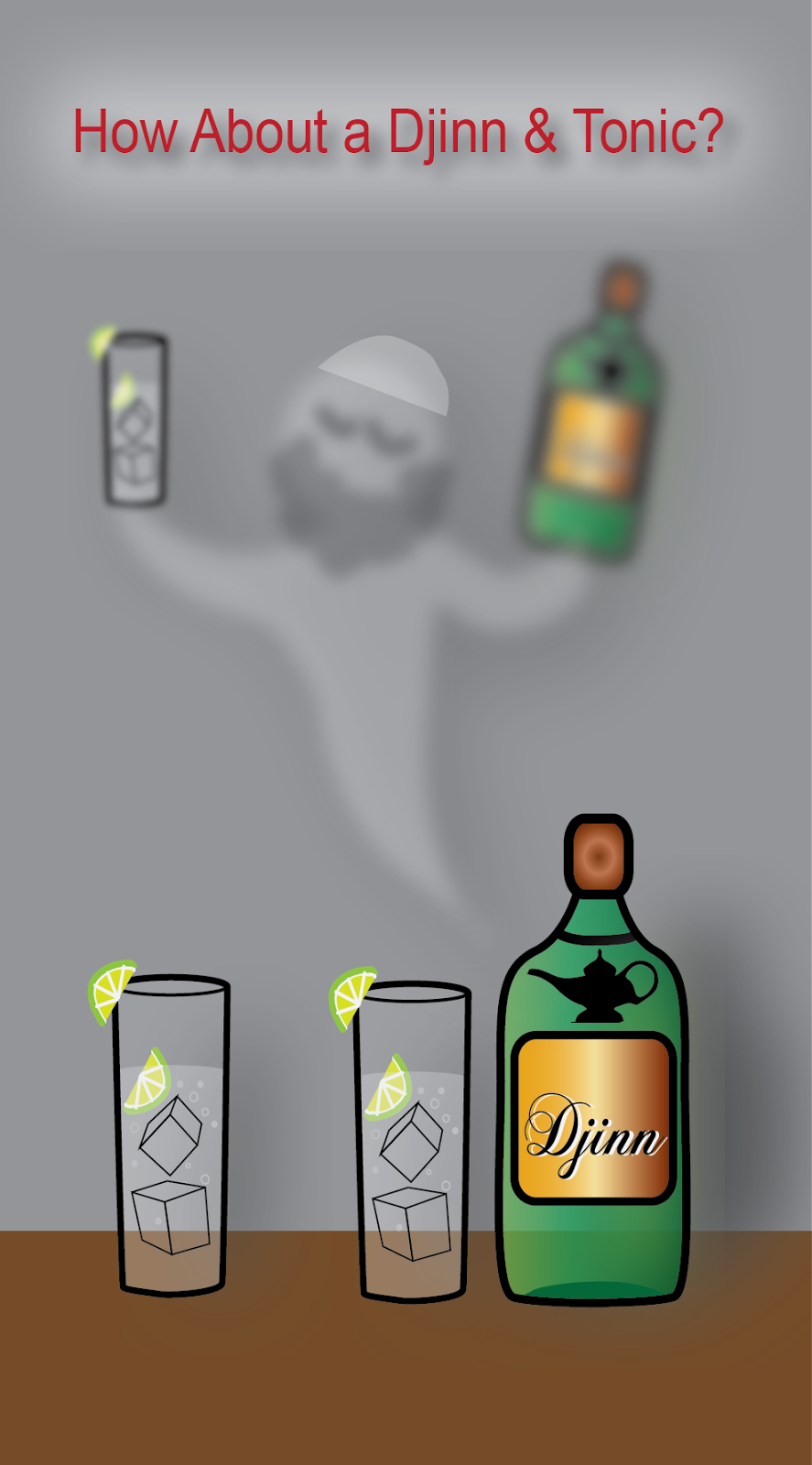 The perfect spirit, or ‘Djinn' as we like to call it in the Muslim world, to go with your lime and tonic. Flavourful, light-bodied and clean. Certified halal, any intoxication might be a result of the supernatural - definitely not the result of alcohol.

Imagine if there was a (real) "safe space", a sacred spot where blasphemers could convene, without being threatened for their life. Where jokes and cartoons wouldn’t result in death, where words, whether spoken or written, wouldn’t result in lashings. A place where it was ok to have a sense of humour, where Muslims treated others with compassion and tolerance…a place where archaic law based on unprovable ancient texts was not considered valid….a place where rationality and reason prevailed, where debate was encouraged…Just one spot... in one corner of the earth, where the non-religious received the same respect as the religious…. this place would serve all my Shariah booze of course, without fear - this place would be known as the Kafir’s Keg. There would be no bans on pig imagery, there would be no taboos associated with ex-muslims. We could exist freely and in the open... imagine that.

The Kafir’s Keg is a dream of mine, a place where every infidel knows your name.


If you like what you see, please support the Nice Mangos Patreon campaign here!