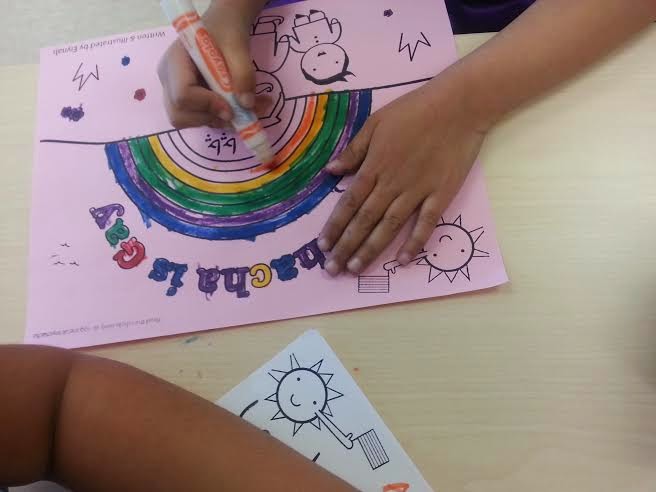 This year has been incredible for me in so many ways. My Chacha is Gay has been an intense journey. I've learned a lot from it and hope to keep learning. From being read in schools, to being bashed on radio by angry parents who think children should not be taught about *all* kinds of diversity...it's been a roller-coaster.... the good and the bad have taught me something. 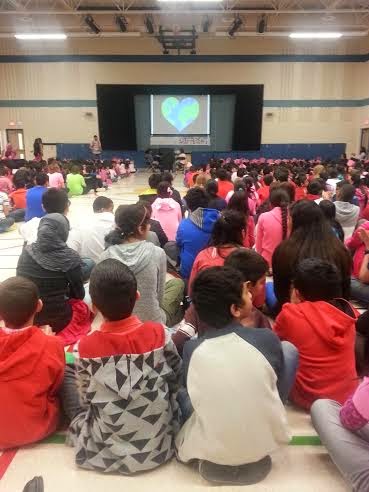 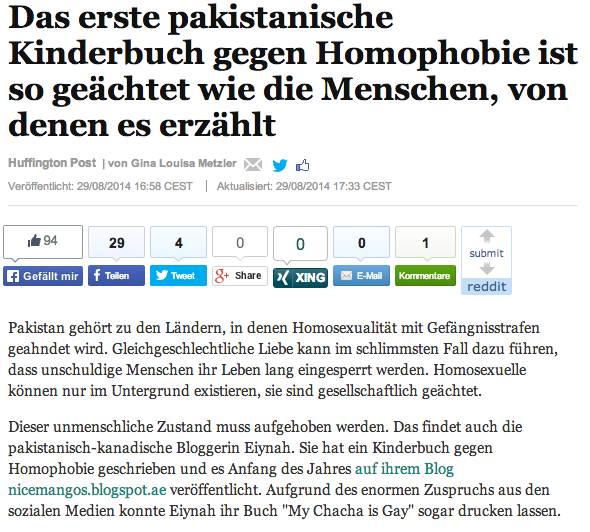 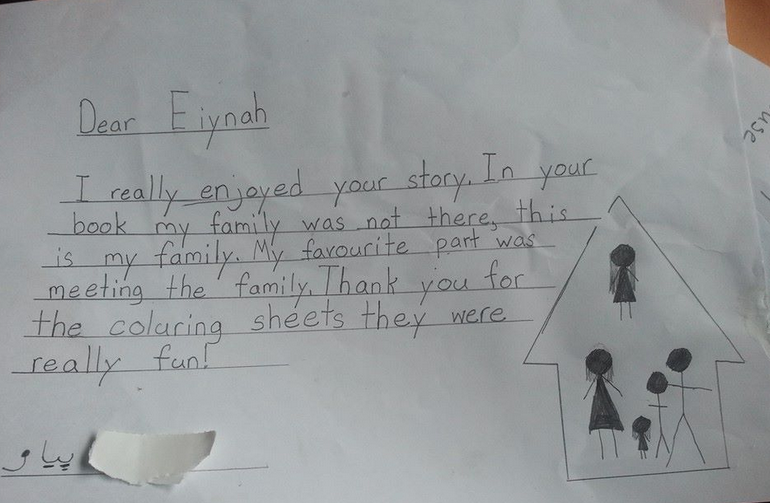 Then there was the letter to Ben Affleck, which was read by more people than I could have ever hoped for (over a million...seriously :O ). It also taught me a lot, I was cyber-attacked by hateful comments from both conservative and moderate muslims. It was important and eye opening to see that so many progressive, pro-LGBT muslims were not open to even gentle and polite critique. I was accused of assisting genocide, of being a racist...things I'd never expected to hear, being a person of colour myself...

(for the record though, there were a few muslims that did express their support and solidarity..It was so wonderful to see that too)

It was also a very interesting experience to speak with Tommy Robinson (the often misrepresented ex-leader and founder of the EDL) as well as the excellent blogger, podcaster, Godless Spellchecker on his super, super podcast. I was hesitant to share my voice with the world for safety reasons, but I'm glad I did! And thrilled that the GSpodcast hosted this discussion. For this again, accusations were hurled, but some very wonderful positive feedback happened too. I don't agree with everything Tommy says, nor his generalizations/methods of communication. But I do think he brings up some very important points that most are unwilling to touch. It's really worth it to listen to his concerns with an open mind. I do not support the EDL in any way, and I think all forms of extremism are awful. I think Tommy's own departure from the EDL speaks volumes about his actual willingness to tackle the problem rather than just 'spread hatred' - as he is so often accused of doing...
--- 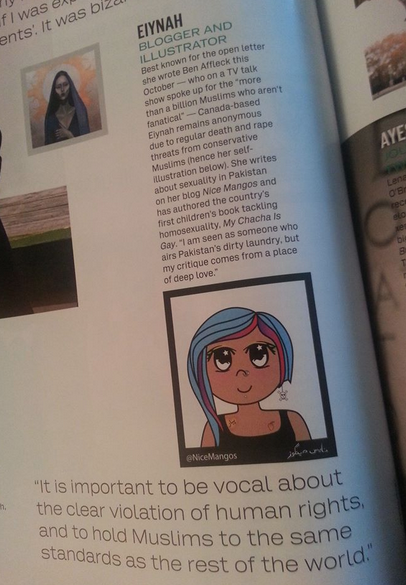 Apart from all the hate, death threats, rape threats I received this year - I have  also met some *incredible* people on the internet. Whether it was via the letter, the book or the podcast..so many have reached out and sent me some really touching words of support. So many have offered to take me out for a meal/drink if I'm ever in their part of the world...so many have offered their homes for me to stay in if i visit...and so many were responsible for crowdfunding the publishing of My Chacha is Gay. I could never have done this without your support. Thank you. Sincerely. It means the world to me. Maybe some day I won't have to be anonymous, and we can actually meet!

I experienced something extra wonderful a few days ago, when someone in a far away land received their copy of My Chacha is Gay, and contacted me to tell me they loved it...but they were concerned that the shipping cost was probably too low to cover shipping all the way to their country. They were right. It costs a few bucks extra for me outside North America, I told them not to worry about it. But this person went out of their way to send me money to fully cover their shipping, and some on top to cover a few other orders outside of North America. *fuzzy feelz*

(The website template only allows me to enter one standard shipping rate [yes, i'm not super tech savvy, and can't build websites from scratch], so in order to not overcharge my fellow North Americans when they order, I have to keep the rate in the middle somewhere)

Blew me away. The thoughtfulness...I was so so touched, and kind of teary eyed... that someone across the globe cared about my work this much.

Signing off for this year, hope you all have a wonderful, diversity-loving year ahead.
Be back next year, with more hopefully entertaining blogposts and doodles. Have a lot planned.