"I faced problems with premature ejaculation in my first marriage."

Read a blog entry with the above title on Nice Mangos some time ago. I think i need to respond to this, having faced similar circumstances with disastrous results in my life.

I faced problems with premature ejaculation in my first marriage. The resulting frustrations along with other reasons led to a break up and divorce after a year and a half, but the stated reason was my inability to satisfy her sexually.

Distraught, heart broken and lost i tried to build a new life for me, tackling the emotional and physical problems head on. A lot happened, in the host of remedies that i tried, the exercises highlighted in the attached link worked for me. The results were nothing less than spectacular after a four month period of repeating these exercises every day, my next sexual encounter enabled me to last for almost half an hour straight, and the results were repeatable ever after, without any medications what so ever. The remedy was easier than i thought. I am posting the link in the hope that this can help someone else and maybe just maybe save a relationship.

Thank you so much for sharing your story. It is heartfelt, brave and raw. When people speak with such honesty and genuineness - they strike a chord with others. And it does make a difference. It simply helps to know that you are not alone in a certain situation.

Though I posted Fahmida's story (the one you refer to) so long ago, I continue to receive comments and emails about it. How its helped women and men to know there are others in the same boat. Sometimes having a collective voice helps you have the courage to fight the issues you might otherwise be intimidated by.

Anyhow you seemed to have tackled it! Its excellent to hear you had such great results with just practising different control exercises. Not everyone may have such ideal results, but it doesn't hurt to try. Thanks for the link, hopefully my readers will find it useful.

I would like to point out to penis-owners that the average lasting time varies greatly... so just because you can't last 'all night long' , doesn't mean you have a problem with premature ejaculation. Heres a bit from my last post addressing the issue:

"there are varying reports about the average lasting time being from 2-20 mins, a quick googlesearch suggests....... but I did read somewhere that the Kinsey Institute reports that 75% of all males reach orgasm within 2 minutes of penetration. I would say that like all things in us complex humans... there is so much variance that one could probably not pinpoint it to a specific average. I mean its like asking whats the average bust size for a woman? There is so much variety...and it's all normal!"

If problems persist and exercises don't help... I would recommend seeing a health professional.

Most importantly, remember, do not compare yourself to proclamations of 'lasting all night long' - those are not realistic. And who the fuck wants to be penetrated all night long anyway?

A good partner has patience and compassion. If you find that someone is not lasting long enough to satisfy you, talk to them about it. Work on things together, most women do not achieve orgasm from penetration alone, so other forms of stimulation are important.

And just because you have ejaculated, doesn't mean sex is over. Make sure your partner has been satisfied. The best sex involves two (or more if thats what floats ur boat) satisfied people. 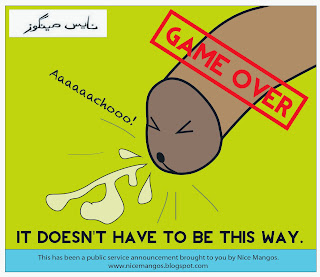