I would just like to thank everyone for their overwhelming support for my last post. It was definitely not an easy one to write, but all your emails, tweets, Facebook msgs, DMs and comments on the post were incredible. Sadly, it seems that a ridiculous number of people share similar experiences... I was shocked at how many of you messaged with stories of your own. It hurts to hear & I'm so terribly sorry there has been so much collective pain... just know that you are definitely not alone. There are too many people who have suffered. Lets try to change this attitude of denial or disbelief that parents/caregivers often have in Pakistan.

I'm starting a petition, I don't often ask for anything specific... but this time I will ask that you sign it. There is power in numbers, so lets see where it takes us. Please share on your Twitter and Facebook pages. Its just a petition... nothing scandalous. So relax.

If we can get a significant amount of signatures I'm sure someone that can do something will take notice (I have looked and looked and asked around for the correct 'someone' to address it to in Pakistan and still haven't found anything - any leads would be appreciated).


Though I don't expect much from Pakistanis in terms of actively voicing a cause such as this...crazier things have happened because of social media. Prove me wrong. Please.

I propose that we petition to get a countrywide government funded Advertising Campaign to warn against Child Sex Abuse in Pakistan specifically. It should cover:

1) What you need to teach your children in order to warn them.
2) What cues parents should be on the lookout for
3) That it needs to be made clear to children that they can talk to their parents about anything.
4)That predators are often people you know and trust, and come from all economic backgrounds
5)That servants should ideally have references from former employees, & children should definitely    not be left alone in their (or anyone you don't know well's) care
6)It should include the alarming statistics related to this issue.

Sign by clicking on the widget above. (I understand ppl may have privacy concerns, all I am looking to collect is names and cities/countries you can fill out fictional things in the address and postal code line) Thank you :) 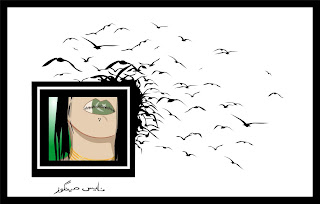 If you decided not to sign for some reason, and you need another reason why... just read the following interview.


At what age (approximately) and how did you come to know about sexual intercourse?
I was molested as a child by my cook. I was eight years old. He repeatedly molested me for almost a year. I did not understand the experience at all except that it was painful, it made me bleed and that if I told anybody, he would kill me. Of course, this was something he had convinced me of. He also told me I made him do these things. I was very afraid at the time. I think I blocked it completely for years. I didn’t tell anyone till I was 20.


Instinctively, I knew it was BAD and wrong. However, I feared my changing body and blamed it on the experience entirely. It was so traumatic, that eventually I blocked it from my mind by sheer will.


I found out about sexual intercourse from my biology book in 9th grade. I was horrified and it brought back feelings of shame and guilt. However, I was also excited and disturbed that people would do such a thing. I still blocked my childhood molestation (I might as well call it rape) but it would try to creep back into my mind.


Have you ever had/Do you enjoy having sex?
I have had sex many times. I have engaged in sexual intercourse with my boyfriends. I had a couple of one night stands which made me uncomfortable. However, I do not regret those experiences.


I had my first penetrative sexual encounter at the age of 27. Before that I had avoided penetration (and done “everything else”) because it frightened me and brought back bad memories. I have had therapy for my guilt but it creeps back in now and then. However, I got over it mostly when I just did it. I wouldn’t have done it and would have stayed frightened if the man hadn’t insisted or threatened to leave me. Bad start but it led to a more fulfilling life. The first time was pallid and quite uninteresting. I didn’t “feel” anything except mild pain. There was no blood. It was quite disappointing. Later I realized it was the man who just didn’t know how to use it! I even blamed myself for it and felt awful and stupid. But again, later, other men proved me wrong.


The one night stands were between relationships and were not very satisfying. I think sex with a particular person improves with time. You grow into each other and understand every nuance, every signal, every glance. It gets better that way. Sometimes, it is so good it almost kills you with pleasure. I think the Japanese call orgasms “little deaths” for a reason.


Have you had more than one sexual partner in life?
Yes. I’ve had 7.


On Arranged Marriage:
Not married. Yet. If it happens, it will happen. Just like that :)


However, if it’s always not equal, then it’s a problem. That wouldn’t really work now, would it? It just wouldn’t be fair. It would also make the person missing out on the fun feel very bad.


Have you ever experienced a multiple orgasm?
Yes I have. I usually have multiple orgasms. I have one followed by another one almost instantly and then another. It is a very pleasing and breathless experience.


I don’t think I am pleased during sex until I have three in one go. I like telling my partners when I orgasm and how many times because it pleases them.


Have you ever found or had your g-spot found?
I think there is a spot which is more sensitive but I am not quite sure where it is. For some insane reason I think it changes. I think it goes for a walk and decides to settle down in different places.


Do you think sex plays a major role in your life?
I am an artist. A lot of my work comes from my sex drive. Sometimes I think I feel alive because I know sex exists.


Would you morally, ethically or in any way, have a problem with marrying someone who had had sex with someone before you?
Not at all. Virgins frighten me. Inexperience is frightening. I avoid sexual encounters with inexperienced people.


I think it represents the history of the sexual experiences and fantasies of people over time. Vintage pornography is a favorite of mine. I look for it to understand the human condition of the past.


To what extent, in comparison with the rest of the world, do you think people practice bestiality (sex with animals) in this country?
I don’t know about the rest of the world, but I know people have sex with animals here. I’ve heard about it and even seen it once. I feel bad for the animals because I doubt they are consenting of this kind of behavior. I find forced sex repulsive.


What are your thoughts on homosexuality?
If you’re gay, you’re gay. That’s how I see it. I think people are born gay or straight. Nobody should have a problem with it. It would be like having an issue with somebody being straight. You are what you are.


Do you think education is important, when it comes to something like sexuality?
Yes. It’s very important. If you know more about it, you can make better choices.


What kind of role do you think sex plays in religion?
I have tried to deconstruct that idea for a while and no answers yet.

Do you think we have a problem in this country with sexual predators and Paedophiles, and to what extent, in comparison with the rest of the world?
I think we do. Hell, yes. I was a victim of a pedophile. I know what that did to me as a person. Some of my friends have faced similar abuse as children. I wouldn’t say that there are more freaks here than anywhere else. A friend in the US was repeatedly abused sexually by both her parents. That frightened me beyond reason.
---------------


Zulaikha and I had a follow up chat too... here's what she said (& it broke my heart all over again. But what an incredibly strong woman she is, that she had the courage to face this ugly fact head on and confront it):


It was rape. He penetrated me and I felt violated even though I wasn't sure what was happening. It was painful and humiliating. I call it molestation to take the sting out. I suppose I still feel humiliated though it wasn't my fault. Nobody tried to locate the cook. I remember thinking that if I ever found him when I was bigger and stronger, I'd hurt him very badly. For years I'd look for him in crowds - in the markets. Then I stopped.

He had worked in my house for years - he was a child when he started. He pretty much grew up in my house. Then he vanished after he stole a lot of things while we were away. I told my parents finally when I was 20. They didn't believe me until my brother told them his story and backed me up. He had also raped my brother. When two of us spoke up together, they believed us. But I'm not sure even now if they really did. Then they would blame themselves. And I don't think they would want to blame themselves. My father was always on flights, away from home. That was his job. He used to be an airline pilot before he retired. My mom would sleep in the afternoon. My brothers and I would be left to our own devices.

I was in therapy before I told them. When I was 19, I tried to kill myself and I had a kind of nervous breakdown that put me in the hospital. That led to therapy and I feel that talking about myself eventually helped me face what had happened to me before. The therapist connected it to my personality disorder (or so they claimed) and I eventually had the courage to face it myself. Then I told my parents. I don't think it was just the therapy. I got tired of being sad and guilty. However, the therapist did make me realize it wasn't my fault. I was afraid I had brought it on myself. I suppose the cultural shit I was exposed to gave me that fear. Only bad girls get touched in "bad ways" and so I blamed myself.

Her story really just shatters me. My heart goes out to her and her brother. How I wish I could ensure that this doesn't happen to anyone again....but sadly it will :( Don't just stand by and let it happen, the least you can do is #SignThePetitionPakistan


Oh - and Zulaikha, never EVER blame yourself for this. Thank you for your immense courage.

If you are a victim of sexual abuse in Pakistan & are looking for support, Sahil is a great resource.