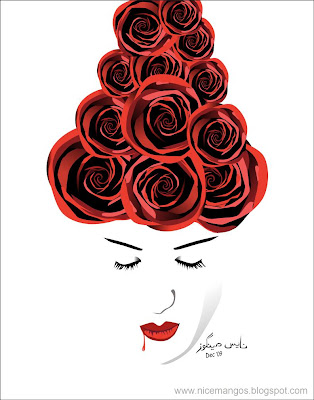 It might be Halloween, but this shit is creepy to a whole other level. I honestly never thought I'd come across a story about a necrophiliac in Karachi...

Apparently a 28 year old caretaker at a Paposh Nagar graveyard has been charged with Necrophilia...and with possession of Hashish too....theres a joke in there somewhere, but I'll spare you..it'd be in bad taste anyhow :P

I mean, desi guys don't fuck dead people....sure they may eat dead people, as we all heard about that jaw-dropping cannibal story recently. They may fuck donkeys, siblings, children.... but dead people? I wouldn't 'a thought in a million years. I always assumed necrophilia was a western phenomenon, where people fucked themselves to boredom, or had taken experimentation to a sick new level. As great as sex is, it can definitely be a doorway to some seriously dark stuff - if you're twistedly inclined that is. And by dark stuff, i don't mean whips and chains... i mean crap like this - violating dead bodies...

How does one get into that anyhow? I mean...something has to have broken inside you, somewhere along the way...

In university, I wore a lot of black, like A LOT. and I hung out with a bunch of people that wore black too. When we walked around it was like a giant black cloud of lace and boots, and fishnet, spikes....black eye shadow...and neon hair. Of course, we often frightened the mainstreamers....and it was fun. Sometimes we'd sit at the campus pub being stared at by a group of jocks, and we'd toast to something ridiculous like 'necrophilia' - and then we'd just sit back... watch them whisper, and freak the fuck out. Seriously...people actually believed we were into necrophilia. We only toasted to it because that's how ludicrous and far removed from our lives it was. But I'm assuming all the dark clothing, make up, piercings, skull paraphernalia made 'em assume that we were some really messed up individuals.

The reason I bring this story up is to illustrate the point that you can't really judge someone by the way they look. Obviously necrophilia is as disturbing to me as it is to the average person, doesn't matter how many skulls I used to wear in college. And in the same way, if you put any Pakistani male in front of me... I'd never ever....ever....imagine that he liked to screw corpses. It's mind-boggling really.

I wouldn't even have heard of this story if i wasn't at my parents house this past weekend....my dad always rebelliously turns the Geo on, no matter how many people in the room are begging him not to. But this time it was actually interesting(and I'm not saying that news about Pakistan is usually of no interest to me, but its sadly always the same. Between that and the difficult Urdu they use in the news, I quickly lose interest)... my mom gasped and said "What is our country coming to...there is a man raping dead women in Karachi!!"

I nodded blankly, as I normally do, and then did a double take "WHaa-AAt!? Sex with dead bodies in our holy motherland?"

This is no joking matter, of course.... but pretending it never happened won't go away. I wonder how many cases like this have remained unreported in our country, just because its too disturbing an issue to dive into.

Open up and speak people, share your thoughts...talk to your friends and family. See what they have to say about this story. Pakistani sexuality obviously has layers and aspects that have previously been unheard of. We at least need to be aware of such things. Don't be my dad, and don't just change the channel. (He's an awesome guy...just can't deal with disturbing things...its the way he was raised...so don't be raisin' ur baby pakis like that :) )
Posted by Eiynah at 9:11 AM