Pakistan: To Wank or not to Wank...

Yah its been a little while.... but jeebus, my life has been a bit of a whirlwind lately....a certain project of mine is taking up way more time than i anticipated.

Recently a fellow blogger posted an interview with yours truly. Check it out, thanks to RenKiss of Cultural Fascinations for helping to spread the word. It's a good cause people, i cant tell you enough...sexuality in Pakistan, or the lack thereof, affects our people in more ways than you can imagine. As a nation we need to be more aware about the issues surrounding it. We've got to be comfortable discussing this stuff, because without dialogue, theres no telling what kind damage our own thoughts can do to us.

but where were we... ah yes.... still talking about 'self-help', and thats a topic that seems to have sparked a huge amount of interest. So I'll blab on a bit more. 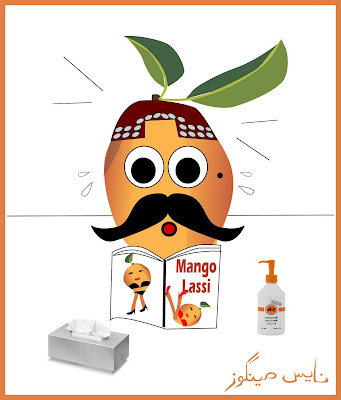 Through my sexplorations on the interweb, one thing that kept cropping up in relation to touching yourself is a quote from the Qur'an:

“And those who guard their chastity. Except from their wives or those their right hands possess - for them, they are free from blame. But whoever seeks beyond that, then those are the transgressors." 23.5-7

The words ‘those their right hand possesses’ refer to slaves or captives…yup…so you are legitimately allowed to rape sleep with slaves, by this totally moral god guy ...no mention of 'consent'.... because you don't need consent from slaves, obvs, duh.

Simply put, it’s saying that sex is only for your spouse or slave (not even going to get into how many ways the slave sex is wrong....an almighty, all knowing god would know that slavery is morally fucked up, no?). Anyone looking for action beyond that is no good. And since most of us don’t have slaves anymore (no thanks to 'god', who totally okays it in his book), I’m assuming sexual activity is solely reserved for your spouse. Even you yourself are not entitled…wtf! Slave rape - ok. Maturbation - NOT ok. Priorities.

You see that same kind of mentality in the Christine O'Donnell video i posted in the last post, where people refer to sexual acts outside of marriage as 'adulterous' - so its not *just* the Muslim world... plenty of such types in every religion.

But it can get a little boring reading page after page on the same topic, saying basically the same thing. So, I decided i'd go looking for a 'Muslim chat room' and see what people had to say first hand. Ah chat rooms …they had to be out there still… I remember when the internet was a relatively new thing – ‘chatting’ online with strangers was all the rage, but I haven’t heard of anyone doing it for like 8 years at least.

Perseverance pays though, cuz I did find some interesting chat rooms…the first day I was a young man in search of guidance…

*Note: Irrelevant material has been edited out from the conversation

*giggle* enjoy me trying to act like a young conservative Muslim guy:

Me: I am a young man…hope you can understand the problems that come with hormones and youth.

Him: what is the problem?

Me: I am muslim…don’t really follow an imam, but I pray at the mosque

Him: most say it is allowed..

Him: Imam Hanafi says only if it stops you committing a sin.

Him: but most imamz say it is allowed

Me: are you serious? but I feel so guilty

And that was the last thing he said before his connection died.

As in, there are still some semi-reasonable folks in religious, preachy chat rooms, that use some degree of logic.. I don’t think ‘hormonic’ is a word…but I get what he’s saying.

The next day, I wanted to be a woman who was seeking similar advice from other women. What surprised me, is that being a ‘guy’ in a chat room…other guys were still willing to talk….but being a woman in the chatroom seemed to deter other female chatters from wanting a conversation with me. Weird. I tried for ages to talk to another female…but they just wouldn’t respond…and I couldn’t exactly ask a guy in a Pakistani chat room about masturbation and his opinions because either he would think I was a guy…or I was a slut… or try to have cyber sex with me or something… I don’t know…he could even become offended…

…anyhow, since I waited around for hours trying to talk to any girl….and had no luck I decided to go ahead and talk to a guy instead...its not like he’d know who I was anyway. So I thought of a fake name, decided on how old i wanted to be.. and off i went;

Oh lord, this guy is on a serious mission….so far he’s asked me my name, where I’m from and then jumped straight to whether I pray 5 times a day or not….that certainly rubbed me the wrong way (no pun intended) but like the good little girl that i am... i lied and said I try....

girl22: it certainly is...
_Lhr1: Alhamdulillah i try my best to do tht
girl22: do you have a lot of knowledge about islam?
_Lhr1: listen me ...sarah..if a person is comming back from shop after purchasing milk
girl22: yes?
_Lhr1: and milk is dropping on earth ...i think every one ask me hello hello ur milk is dropping ..even if they are stranger..
_Lhr1: but when a muslim skip to ask his prayers on time ..no body tell him/her tht O Mr. /Ms ur losing ur good deed...
girl22: hahahahah
girl22: good point
girl22: great...ur a wise man

LOL - That was some metaphor for telling people to pray…I guess he's trying to say that if you’ve just bought milk, and its spilling…and you can’t tell…then people on the street are going to let you know…if you skip your prayers it should be the same way – ugh, whut? That comparison to losing prayer time and spilling milk is cringeworthy. Milk is a real tangible thing buddy.

I’m all about letting people live the way they want, as long as it doesn’t harm or impose on others…so I don't really agree with how pushy he is about this… and wow…he's really got just one thing on his mind…an internet-evangelist…

What on earth is he smoking? I'm agreeing with the guy...which is obviously not my real life POV... and still, he says I'm gonna make the 'Beloved Prophet' angry...

Yah, I picked up on that :P

girl22: ur doing a good duty by imparting your wisdom..

*cringe* (I had to believable, come on)

_Lhr1: they used to say their prayers ?

Are you fucking kidding me? this guy is concerned with my parents prayer habits too?! In the real world, i might have uppercut him in the crotch. What a fucking nosy moron. But alas I have some questions to ask, and so far this is the only access i've had to truly 'conservative' thoughts.

Oh Pakistan and it’s electricity problems…constant disconnections and ongoing blackouts….I remember living through that! It was frustrating beyond belief…!

Uh-oh – have I offended him?


No – wait, he just doesn’t understand the word….good thing I haven’t pissed him off yet, but explaining this in simpler English may do just that…lol

Unforunately, that was the end of our conversation. I don’t know if his electricity went out as he had warned me it might…or if he just didn’t know how to respond. Great timing though, eh? Fak!

Sucks that we won't know how _Lhr1 would've answered the question...but i think thats pretty representative of what a lot of people with his world view would've done... even if i had been talking to them face to face... they'd just leave...or have me burnt at the stake.. *shrug*