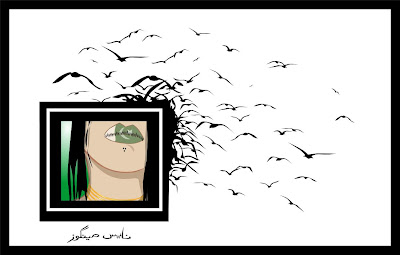 Absolutely. We’re repressed externally as well as internally. I think we lie to ourselves and others so we can claim a moral high ground, even though our private lives may involve all kinds of supposedly ‘deviant’ sexual behaviour.

Well I feel the fact that our country labels itself to be the Islamic Republic of Pakistan speaks for its self. In general yes, I feel we are to an extent sexually repressed, but I also feel it is all a cover up. Growing up amongst the fastest and most “modern” crowd in my country, going to parties etc, there was absolutely no sign of sexual repression, in fact over the years girls clothes got sexier and well maybe like 4 years ago if we saw a couple kissing at a party it was a big deal, now its just like whatever. So I guess it really depends on where you live and which family you are born in to. And while we are lead to believe that sex is wrong etc etc, everything goes on behind closed doors and everyone knows it.

I don’t know if we’re repressed... but its just something we don’t really talk about.... repressed is something that seems like something you’re not supposed to do.... for example my parents don’t know how to talk about it ... when I was getting my married my mom didn’t know what to say....I bought lubricant and they were packing my clothes......she came across it ... my mom asked what it was ... and when told by someone else she started blushing ... it was an embarrassing situation for her.... I wasn’t embarrassed but she shoved it away in the suitcase...

I think we’re definitely sexually repressed as a nation…it’s fairly black and white…culturally because our culture is very intertwined with our religion…and its not something that we as a nation are anywhere close to getting away from. I think we have been and will be suppressed for a long time to come.

it's not to say that people don't have sex and yes the 2 percent of the society who no one dares question, do so relatively freely -

our society is very double natured and on the front of things it is against premarital, extramarital and gay sex - but it's ok for boys to be boys and have their girlfriends, its just the girls who are thought of as whores for having boyfriends! our "zinnah" laws reflect this as well - look at the hudood ordinance!!!

as for being openly gay beyond your circle of trust - acceptability is zero and condemnation is apparent!

Well, the women in our nation are definitely sexually repressed that’s for sure; ironically our culture teaches them that having a sexual appetite is entirely undignified and almost immoral. However, there are prostitutes and such that cater to the needs of many men…the prostitutes are shunned out of society and bad mouthed, those men who are usually married and frequent customers are hardly ever spoken of. I suppose if I looked at it as a nation and compared it to the rest of the world we are repressed sexually. Our Islamic culture emphasizes that sex remain a private, quiet and personal affair; one that is carried out systematically (mainly in the missionary position) to reproduce once we are married. Perhaps such a code of conduct is taught so we can differentiate from the culture of the Hindus which embraces literature such as the Kama Sutra.

Yes I think we are sexually repressed as a nation, especially women. I think its all because of the patriarchal ideology in our country. Not only is the issue of sex and all that taboo ... but its not considered a good thing for WOMEN to discuss it and question it. I’m sure that the men in the villages can think about it and not feel that it’s sinful.... and we are made to believe that it is.

Okay….so it seems pretty unanimous amongst the Pakistani female interviewees. Most have stated plainly and clearly that we are sexually repressed as a nation. Ambreen seems to be the only one who’s questioning it at all. Although she mentions that her mother couldn’t speak to her even till the day of her wedding. It’s an interesting scenario…the level of discomfort with the subject is exemplified by this situation. I have a story to tell in contrast to this (don't roll your eyes :P I know, I know... i tell a lot of stories)

I was a strange, inquisitive child (no surprises there). At around the age of twelve, I was beginning to hear people say that oral sex was forbidden in Islam. I still haven’t got a concrete answer from anyone really. It depends on who you ask and what their interpretation of the religion is. Anyhow, I decided to ask my mother whether this was true or not. I’m sure I caught her off guard and she wanted to shove the question in a suitcase just like Ambreen’s mom shoved her lubricant out of sight…

My mom took a moment to take it all in and then answered as best she could. She told me she thought so but at the same time was pretty sure that even ultra religious folks did it. We both chuckled at the thought…and I was glad I could speak to her freely. Don’t get me wrong though, she’s still very shy…after being married myself for a few years I decided to tease her and mention that she had never actually had the ‘sex talk’ with me…so just to bug her, I suggested that she do it now. She told me to shut up and go away. That was amusing.

Just recently she was in Toronto and I decided to take her for a walk around my area. We live near the village…the gay village...and it’s a lovely place to live. There’s always something going on and a great drag show is right around the corner. :)

Whilst we were out that day, she was absolutely fascinated with everything; the colours, the liveliness, the outfits, lol. I remember when I was in college it disturbed her that I even went to the pride parade but this year she came too. Hurray! It’s just about exposure really – she’s a lovely person but didn’t know what this world of homosexuality was actually about. The more she learns, the more accepting she becomes. I was thrilled to see her at pride and she was pumped with adrenaline. She had a great time.

She was equally uncomfortable, if not more…within 4 minutes we ran out. It was interesting, but also agonizing…. Why I get myself into things like this, I do not know. :/

But just to clarify, It wasn't all weird cuz we're Pakistani and conservative, it was all weird cuz shes my mom! I think anyone (well...most people at least) from anywhere in the world would have been troubled by that situation. The worst part was - when this girl came up and asked us if we needed any help or if we wanted to see some of the products....ugh. Never again. Stupid me.

But where were we....the interviews... So, Fatima brings to our attention that Pakistan is a place where billboard models are sometimes spray painted black to resemble a burqa-clad woman. Hardcore eh? …especially considering the fact that women in Pakistani ads dress modestly anyway.

Zobia is the only one that mentions the Kama Sutra, I thought more people would. However, in her opinion this religious extremism might just be a struggle for identity. Perhaps we wish to separate ourselves from our 'superpower' Indian neighbours so badly that we’re willing to become extreme. Its an interesting thought.