Sex, Pakistan and the Internet 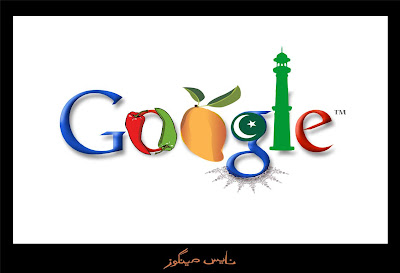 One day I decided to do the obvious… ‘Google’ Pakistani sexuality.

Why it took me so long to think of that, I do not know… usually that’s my main source of information - for everything. I guess it never occurred to me, because making that connection between my country and sex is so bizarre anyway…that making a further connection between sex, Pakistan and the internet was even more far-fetched.

Here's some of what I found, keep in mind this was googled, cut, pasted and written a few years ago - so of course the link to the blog no longer works :/... and the information on google trends I go on about has changed in some ways too. Fack!

However, I thought it was too fun to leave out. So for this post..... take yourself back in time...to a not-so-wondrous place...long, long ago...a place known as
"2006"...where blogs were relatively new-ish-er and Musharraf was still runnin' the place...

(Note: Irrelevant material was cut out from the blogs…but if you want to see the whole thing, go to this link

I came across this link http://www.google.com/trends?q=sex

(what you see when you click on that link now is definitely not what they're describing here, I know :P)

on one of the forums I go to; apparently Pakistan is the top most country which searches for the term "sex". Seven out of top ten countries are Muslim countries. Quite interesting. What say you? Innocent 'bholay bhalay' people who don't know dozens of other sophisticated sex related terms and search for a single query while rest of the world goes for specific terms? Or is it just plain frustration for the glimpse of bare skin.

Heh, that's not a shocker.

By the way, the Google disclaimer @ the end of the page makes the accurateness of the results volatile though!

Google Trends aims to provide insights into broad search patterns. It is based upon just a portion of our searches, and several approximations are used when computing your results. Please keep this in mind when using it.

This isn't necessarily something "bad." With the near complete absence of proper education (in Muslim countries, which are our concern at the moment) on one of the most important aspects of human life, it is no wonder that people turn to the Internet for education.
Yes, I know, not just for education... but a lack of normality leads to this behavior.

I checked the term "Child Sex" and Pakistan is on the top of the lists In all regions, this is actually very sad and indicates a need to build awareness among the people for detection, prevention, and handling such victims and to move against the criminals.

interestingly in Pakistani cities, Quetta is at the top and guess wht Khi is at 10th :)

… the internet users are only 7,500,000, according to latest data. So they "do not" show the general trend of our Pakistani society. In fact, they represent our so called educated, enlighten class...

MB you might like to twist some facts but face it dude, that our nation is sex-craved :/

Please also consider the population growth rate. So many people have nothing better to do than go around mating.

Pakistan is in top three in the following keywords and they are definately not for education purposes.
Sexy
Sexy girl
Nude
sexy video (lol)

We Paki people may be searching for Sex related things, but, but, but it's not the nation. It's just "WE" the educated ones so please don't apply it to all Pakistani's.

No doubt, an interesting service from google. But...
Recently I came across this gif image on the internet, showing the results of numerous searches (such as donkey sex, dog sex, baby sex etc), and in all the results Pakistan was shown on top (along with India and some other Muslim countries). After independently verifying this, I was surprised to see this was indeed the case.

But after experimenting a bit more with this new service I found there was something amiss about this new service from Google.
First off in all the searches Pakistan’s bar was way bigger than the one in second place, and I find it quite unusual for that to be the case. In all my years living here I’ve never noticed any unnatural tendencies of anybody towards the sexual habits of an animal of any type..

shehreyar, this is not a singles bar it is a blog for KHI. Pls. go somewhere else to look for a frienship.

So suffice to say, different people from different countries search for different stuff. Since in pakistan, we cover everything in the blanket term of sex (being novice users maybe?) the results are high. But try trending for more specific sexual topics (gay, lesbian, etc) and you'll find really different results. Maybe because most of the western public are not novices atleast when it comes to the language.

In the very beginning they establish the fact that Pakistan is the number 1 country searching for sex on the internet. I bet that’s not a record our forefathers wanted us to hold. Although it’s pretty clear that Google Trends is not pure fact…it’s still an incredibly fascinating discovery. The first blogger is quick to point to two possible reasons – one being a lack of knowledge and the other just plain horniness. It could be either or a combination of both. In defense of Pakistan, someone steps in to say it could possibly be because of education. And like all the other bloggers… I too highly doubt that.

Pakistan also turns out to be on top of the list of countries that are searching for the term ‘child sex’. That’s incredibly surprising to me…I knew we had a problem with pedophiles, but I didn’t think it was that bad. Like I said before, Google Trends isn’t meant to be treated as pure fact…so I’ll chalk that one up to inaccuracy. (On their 'About Google Trends' page, Google says: The data Trends produces may contain inaccuracies for a number of reasons, including data-sampling issues and a variety of approximations that are used to compute results. We hope you find this service interesting and entertaining, but you probably wouldn’t want to write your Ph.D. dissertation based on the information provided by Trends.) Also – as pointed out in the above dialogue, the amount of internet users include a very small percentage of the population – so we can’t really say that everyone’s a perv!

But wait, what about the guy who tells us about Pakistan being number one for things like donkey sex, dog sex and baby sex….Oh lord, that can’t be true…but in the back of my head…I’m reminded of words that I heard from one of my participants not too long ago, ‘they’ll fuck anything with a pulse…’ I shudder…

Since these bloggers’ trend results are from 2006…I decided to see if Google Trends would offer a similar picture at the end of 2007.

Well, the first thing I typed in was ‘sex’… and I was surprised to learn that we didn’t make it on the top ten list. Strange. I thought we’d be on there somewhere… but I suppose the information keeps changing. I continued…I typed in ‘donkey sex’ – lo and behold…we’re the number one country…I kept going….we were number one for dog sex…and child sex as well. Perhaps Google was malfunctioning and Pakistan was stuck as number one for everything I typed….. I proceeded to check if this was the case by typing unlikely things…like pig sex (I hadn’t even heard of that) but guess what we were number one yet again. OK, I thought…Google’s definitely broken – but just to be sure I typed in peacock sex…and that didn’t show me any results…I guess it was too crazy….then I typed in things like oral sex, gay sex… and the lists made sense… so I assumed that Google wasn’t broken after all. It’s a weird thing this trend search…try it for yourself…It really makes you think…

US conspiracy to bad mouth Pakistan? I think not, they have better ways to make us look bad. The terrorists are taking care of that. Thanks assholes.

My countrymen are quick to provide comic relief. My favourite blogger in this thread of conversation is ‘Shehreyar’…he represents the classic desi guy invading any form of cyber discussion or community to try and ‘make a friendship’. I laugh when I see his words…”anyone wanna friendship me?” It’s just so reminiscent of a particular type of guy…I’ve seen him, If you’re a Pakistani woman you’ve seen him too…eww. He’s the greasy haired perv that’ll grab your ass in broad day light as he walks past you in a crowded bazaar.

In real life, he's fuckin' creepy, but online he can’t touch you and you can see his desperation…Poor guy, he just wants to get laid ever so bad…he’s probably in some dingy internet café jerking off to this discussion about sex… hoping that he’ll find someone to talk dirty to online. He just throws it out there…he’s looking for a call girl…or any girl really…poor Shehreyar. I feel sorry for him, but then again, he’s one of them ass-grabbers. So fuck him. At least he was good for a laugh.

Apart from this discussion about our nation’s sexual habits, I came across a couple of boring ‘clinical’ reports about overpopulation and contraception. There were several articles about Pakistani homosexuals, a same sex couple, servant boys being sexually abused by their employers – it’s a lot more information than I initially thought. It seems that issues surrounding our sexuality are trickling slowly into the public sphere.

I tell you there’s one massive closet somewhere in Pakistan, filled with all sorts of sexual ‘deviants’…the day that closet door breaks open is not far.
Posted by Eiynah at 3:23 PM