A Pleasure doing Business with you... 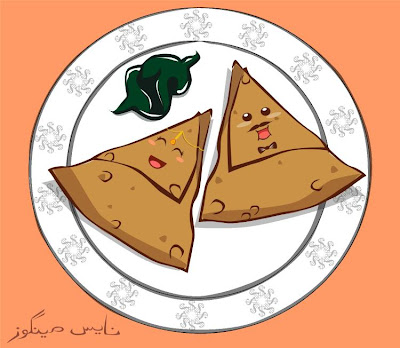 Ah, arranged marriage – to some a glorious institution and to others a mechanism of oppression. It’s amazing that this tradition of someone else deciding who you’re going to spend the rest of your life with…has still survived. It’s convenient in some situations…the chances of becoming a 'spinster' are far less in societies with arranged marriages, because your parents are bound to make a ‘deal’ somewhere or another.

I suppose it also benefits many families wishing to keep their money within the 'inner circle'. AND, It's prolly a fantastic resource for younger people who aren't able to find a suitable partner themselves. In the West, once you hit a certain age, there is incessant conversation about the pressures and difficulties of finding ‘the one’ - women especially, since their biological clocks are aaalwaaaays ticking (I know aaall about that, believe me). Some people have demanding careers and don’t have time for courtship, some just plain old don’t get out enough…and lets not forget about those who are religious and not supposed to ‘date’ (without a chaperone) – obviously, all these groups would be far better off if offered the convenience of arranged marriage.

Back when my parents were younger, it was almost expected that you’d be a good child and let your parents make a decision that’s best for you. Now, the custom is dwindling…but doesn’t die out completely.

Since the element of ‘love’ isn’t there when arranging a marriage, the procedure becomes more like shopping. You shop for looks, body type, money, foreign citizenship….Some people may be frowning already, but why not? If you don’t have love from the very beginning the least you can do is make sure you have everything else you ever wanted. If you’re satisfied in most other ways, love will eventually follow…so they say. But I’ve seen it happen and I’ve also seen it not happen.

One thing is for sure though, arranged marriages somehow seem to last for the most part…perhaps it’s because no one is going in with high expectations…or perhaps because they’ve been decided by the mind and not by the heart (or cuz these people are obviously ok with others making big decisions on their behalf, they're less likely to create conflict).

Either way, it seems to work for many people…and if you think about it…these dating websites that are cropping up everywhere in the West are kind of doing the same thing. They match you up with the most suitable partner based on a host of other characteristics – but not based on love. Arranged marriage is not for me personally, but I’ve learned that it certainly has its function in our society. Just like dating websites have a function in Western society. Bottom-line, nobody likes to be alone.

My question is, what does this sort of marital arrangement do for or do to sexuality? I can’t begin to imagine the awkwardness or fear of having sex with someone I haven’t known too well or too long on my wedding night. Generally, people that have arranged marriages tend to be conservative...I mean, they’re letting someone else decide who they'll be doin' the nasty with forever. Either they’re incredibly shy, conservative to the bone or just conservative in the public eye. The last group has often had all their fun in college abroad and later return home to let mommy pick a suitable life partner.

Imagine being a timid conventional type and awkwardly not knowing the person you’re about to get naked with. I will never know this feeling (I hope) and so I will never be able to imagine the magnitude of strangeness in that marital bed. But maybe, I’m letting my imagination run wild…I suppose it could be more exciting that way? It is possible that the mystery of the unknown gets you off….

The ugly side of this arrangement comes through when someone is being forced against their will. This is common in plenty of Pakistani villages…parents marry off their daughters to settle debts, or simply to get rid of the extra burden that is an unwed daughter…

I remember visiting Karachi every summer with my parents. Over the course of time, I made friends with my aunts little servant girl. We were both about nine when we met and got along fabulously. A nine year old servant girl is not uncommon in those parts, she has to go out, earn and contribute to the family – otherwise they wouldn’t survive. Some may see this as child labour, but she was better off at my aunt’s than her own home. She was not hired to do any hardcore manual labour…she was there to basically help with the babies, and play with them, etc. She got a good salary, 3 meals a day, visits to the doctor, medicine if she needed it. And best of all, in the sweltering heat of Pakistan, she got to spend the day in an air-conditioned house…Anyhow, if you're a kind, non-pedophile and you deny these kids a job you’re not doing them a favour. But I digress, my point is, by the time I was thirteen we had spent several summers together and got pretty close… then all of a sudden, she had to go away…back to her village where she was being married off to an old man…and she was my age! It disturbed me greatly…I felt fear for her…I don’t know how the poor thing coped with that situation at such a young age. We were in two different worlds after that…she was bearing children one after another and I was only just beginning to notice guys in high school…

(I realise completely, of course, that without the experience of being in an arranged marriage, I can't really say too much - so hey, if you've had that type of relationship... and would like to add something, or disagree with something...Please do!)
Posted by Eiynah at 4:47 PM