The Birds and the Bees pt.2 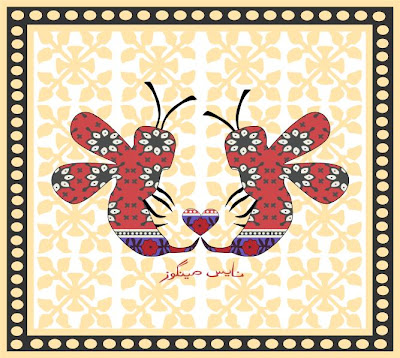 One of the interviewees in this post is sadly, no longer with us. I still remember the day I interviewed him as if it were yesterday. There was a sparkle in his eyes that I can never forget...

The general feel that you get from the women's personal accounts is one of unfamiliarity, an awkward discomfort. It’s clear that the parents haven’t had much to do with sex education in those cases, which is something not entirely unique to Pakistan, but perhaps different from the West. Many of my female interviewees wished their parents had prepared them for this knowledge…and in the cases where parents did touch upon the subject it seemed to have a purpose other than education.

Here are the men's stories:

First time I heard about sex – I was unsure about which hole was used – I thought it could possibly be the anus. The anus gave off the impression that it was a bigger, more accessible hole, and it confused me that something could go into a vagina – I knew vaginas existed – I just thought it would make more sense to use the anus. I was eleven by the time this was clarified. (Laughs) By that age you concentrate on the dirty parts of the movies.

I figured it out initially because of the taboos associated with saying the words both penis and vagina - I figured they both went hand in hand.

My friends played a big part in me finding out about sex – I remember an early discussion about it with my friend… it was triggered by the mention of an encyclopedia in our school. It had actual photographs about the process of intercourse. Soon… after a couple of boys in school found out – this became the most “checked out” book from the library.

The final, official, academic confirmation came only after sex education. Before this I knew but I wasn’t certain. This was in 7th grade, when I was 13/14 yrs old.

I was disgusted by sex when I first found out about it because my penis was and still is one of the most important parts of my body…and just the thought of putting that inside something – anything- was a bit scary and disgusting.

I was also initially disgusted by the thought of ‘pure’ people like my parents doing this vile act, but then I eventually accepted the fact that they did, and since they had three kids – I thought, at least they only did it three times!

I was on the school bus… I was around 9-10… this boy told me that your parents have sex with each other, I kind of knew what sex was but I didn’t know that everybody did it, I thought maybe it was just the westerners that did it because it happened in their movies and that was the first time I saw it… but when the boy told me that my parents had sex and told me that was how I was born and that’s how everybody is born I felt this extreme anger towards that person. I found myself very confused and went home to ask my older sister , she told me the boy was lying and that made me feel comforted – but then as time passed I realized that that wasn’t true. I got myself accustomed to the idea and then I felt this strange excitement even.

Khizer, Male, 26
I think I was 9/10 years old when I found out about sex…I remember exactly who told me, this friend of mine… he told me that he had just seen a picture of the female genitalia and he was very intrigued by it – and he told me exactly what happened in a video he had seen.. So yeah I was just like any other kid, I was intrigued. Honestly I don’t think I have ever been disgusted by it. I have always been attracted to women; honestly I don’t think the concept of intercourse ever shocked me.

I know that when I was in tenth grade I had no clue what a tampon was!! Wow... that was like ages ago ... 13 yrs ago...
I do remember it was embarrassing for me to talk about sex in school... I think that’s partially due to the upbringing... it was just something you wouldn’t do in our household – discuss sex... For a long time we used to change the channel when a kissing scene came up!! I remember watching Disney’s Aladdin with my dad.... and he wasn’t too happy when that scene where he kisses Jasmine came up. It was just a feeling of embarrassment that I felt associated with such topics... I kind of figured it was just weird to be discussing sexuality, even in school... It was one of those things I knew about but I also knew I shouldn’t really be talking about it ...

I was 16 and my friends took me to some place where they had this prostitute and we had sex with her....that was the first time I actually did it. But obviously... my friends told me about it when I was younger... When u talk to your friends, things come out and you discover new things... and when someone invites you to have such an experience at that age – you just go for it ... Without thinking about it ....you just go for it…

Throughout all the stories of the men's first discoveries, not a single one mentions that they felt a lack of parental involvement. Unlike the girls they do not seem concerned about where they got their sex education from. As a group, they don’t seem as disturbed as the girls either. Some mention excitement and anticipation. None of them have mentioned ‘walking into their parents’…Maybe…just maybe, boys are more sheltered than girls, when it comes to sex in our culture. It’s certainly something to think about. Especially since none of them expressed any desire to be schooled by their parents on the subject, while the girls lamented this lost opportunity...

The last story by ‘Ali’ is certainly an interesting one, perhaps one familiar to many Pakistani boys. Since prostitutes are readily and cheaply available…and hormones are raging… it’s probably a first time experience for many. I’m glad he opened up to me for the interview, although at the end he seemed to regret it - as he was constantly justifying his childhood impulsiveness. Another young Pakistani male I know, informed me that his friends propositioned him to come to a similar gathering involving a prostitute and a group of friends. He was a tiny bit older than 16 and more mature, I guess – he told me he immediately declined the offer because he couldn’t imagine doing such a thing. People are different I suppose.

I can't stress the education part of sex enough, since I doubt common prostitutes in Pakistan get tested for anything regularly. I also wonder how much they care about using protection.

If you're gonna take it out, you better wrap it up.
Posted by Eiynah at 11:03 AM