The Birds and the Bees pt. 1 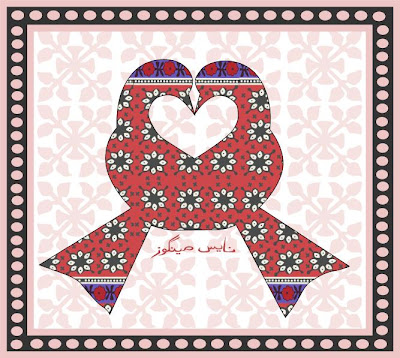 (For those of you that are more, er.. international, the birds above are designed to look like they're made from a tradtional fabric, known as "Ajrak". It is found in the province of Sindh.)

What really gets under my skin is the helplessnes of our situation - the enemies of moderation; terrorists, are destroying the very fabric of Pakistani existence. And all we can do is just sit there and watch them ruin it for the rest of us. Not to mention the 'accomplishments' of one of our newer dumbasses, Faisal Shahzad. He's an embarassment on more levels than I care to describe. I remember listening to the news and praying to some higher power..."please don't let him be Pakistani"...but that seems to be too much to ask these days :/

I can’t do anything to combat these types of activities, but I can certainly add something to the liberal side of Pakistani existence…

I hate sounding preachy, but heck - if you're from that part of the world, do your part today!

At what age approximately and how do we as a nation come to know about sex? How do we react and what are our opinions? These were all questions I needed to ask in order to start from the beginning.

I can never forget the precise moment I discovered what ‘sex’ meant. I was told by some family friend who was going through sex education in school. I was six then and I couldn’t get my mind to wrap itself around such a seemingly outrageous concept. By the time I was 8, I was told again by a Scottish boy who went to school with me in Saudi Arabia. Again, I told him it couldn’t be possible, and I told him Muslims had another way of having children (obviously I didn’t know of any such alternative but I felt I needed to lie to him to keep myself from feeling disgusted with everyone I knew)…he backed off... and we went back to reading our library books… but my mind was whirling…I was piecing together the first time the girl had told me and this time…I knew it had to be true…two different people, one Pakistani and one Scottish… from different backgrounds… coming together to tell me the same thing… they could not be wrong. I was devastated… I was crushed…all those people with all those children. I started noticing people who didn’t have children and looked at them with great respect.

I remember being in a supermarket and seeing an older looking couple with a shopping cart - while I was sitting in my parents shopping cart. The older couple had no child with them (they could very well have left 8 kids at home but it didn’t occur to me at that moment). I was filled with tranquility… I was thrilled that such people existed in the world… people who hadn’t succumbed to getting naked and nasty with each other just to have kids…. This was my interpretation and in my mind I saluted them…the virginal, childless couple were my heroes.

I look back at that time and feel that perhaps I was a little too freaked out about sex, moreso than other children, I imagine. Maybe I'm a closet conservative, gosh, I hope not.

• Names of all participants have been changed

I found out when I was between 10 and 13. My cousins who were older by a few years would tell stories and jokes and I pieced it together from that. At 13 I read Ken Follett’s ‘Pillars of the Earth’ where he describes in detail an intercourse scene. I suppose that’s when I figured out the mechanics of heterosexual sex.

I found out at 11- 12 years of age during biology class in school - and a school friend filled in on my curiosities. Initially I was slightly disturbed by the thought of it, but growing up and watching television, reading books etc., kind of prepared me for it, so it didn’t exactly come as a huge shock to me. One thing I was always taught though, being a Muslim and living in an Islamic country, was that sex before marriage is NOT allowed.

I think I first heard about it was when I was in 7th grade... So I was 12..... I got to know about it through school sex ed.... I didn’t really know much...they showed us a little video... but I have very vague memories of it.... it was kinda gross... I guess it was done in a very mechanical way almost... there was no passion behind it ... so it was just like, 'why would anyone want to do that to themselves or allow it to be done to them?'....

I don’t have any particularly strong memories of how I came to know about sexual intercourse… or when…it just sort of happened at some point. I’m pretty sure I was aware of what sex was by the age of …..14…would be a good guess…. I had an idea before…but it wasn’t a very concrete thing…. It just came together….I’m sure I had walked in on my parents at some point and older cousins… or siblings would be discussing it at some point…then it all came together eventually… it was never shocking or upsetting…. I was always very excited to find out about sex.

I had sex for the first time …..When I was around 17….it was right before my 17th birthday… or around that time…

My parents actually, the only way they ever told me about sex was when I was about 13, my mum pulled out a verse from the Quran which said that if you had ‘non-marital’ sex you’d go to hell…and I didn’t understand what she was trying to teach me by that.

You see, I learned that sex led to reproduction because after my parents divorce I was sent to boarding school abroad, and there you learn about condoms, you learn about sex….you learn about all sorts of shit. I wasn’t sexually active, but yeah I was messing around. But honestly, I can’t ever ever ever remember my parents actually speaking to me about it. I spoke to my little brother about it. They spoke to me about one thing, my mother told me after my parents were divorced – “if you’re seeing someone, don’t get pregnant”, which is when I was told that I had a step brother and sister that I didn’t know existed – I was only told that because my mum was trying to tell me that my father is a bad person. And… I was told my sister got pregnant and had babies… and that’s how I was warned “don’t do that because it’s wrong, she’s 16 and she’s had babies”…THAT’S how I was told by my mother that you can have babies through sex, I was 9 then. That was in spite, it was not a proper education – I was being told “your father is bad and this is what his kid did - don’t do the same thing.”

I actually saw my mom having sex, she didn’t show it to me on purpose. But she knew that we knew that she was doing it- she knew we were in the house – you shouldn’t be doing it when you’ve got 2 kids in the house. The kids can fucking hear you, they’re curious …they’re going to look through the keyhole. If you don’t want them to look through the keyhole, do it in the night – even if you’re going to do it in the day…DON’T FUCKING MAKE SO MUCH NOISE. Honestly… I would look through the keyhole thinking I was all cool but when I’d look I’d be like “now I just want to blow my brains out.” You know what; I have come to terms with it just now. I’m 25; it’s affected a major part of my life. I drink a lot – and when I used to be drunk, the only thing that used to haunt me was that my mum was a slut. Now I’ve come to terms with it, now it’s ok. I want loads of children, obviously I will be extra careful – obviously, I don’t want to screw in front of my kids.

I was about 9 or 10 and was told about sex by an aunt of mine…I think we were talking about growing up...or having babies ...I made her tell me how! She told me not to tell my mom cause she knew her neck would be on the line….my initial reaction was similar I’m sure, to that of many people…whoa!! I thought…but it made sense now why people were always shown as being on top of each other in sex scenes…It was somewhat terrifying and mind-boggling though, and I asked her if it was necessary to be completely naked...she said no but that’s how it was usually done. I was shocked and disgusted to think of all the supposedly good, pious grown-ups I knew...who pretended to be as unrelated to sexual intercourse as Pluto is to planet earth...I was angry at my parents for always looking down on anything remotely sexual and making sure we were told it was dirty. I thought it was very deceiving and hypocritical…but then I thought how awkward it actually was to know that they were sexual beings. I couldn’t believe I too would have to do such a thing. It was an information overload.

I’d have to say I was around 8, I think it was an appropriate age to learn something like this. I just wasn’t taught in an appropriate way, because my mom didn’t talk to me about it. It would have been better that way.....officially I was taught in school at age 10. I think I knew about it thru Indian movies. I actually wasn’t grossed out. I was more grossed out when we were ‘officially’ taught it when they talked about the ovaries and the eggs... and they made it more scientific ...but the movies made it seem like it was such a great thing - I wasn’t scared of it at all.

Stay tuned for the men's interviews next time :)
Posted by Eiynah at 8:48 AM